HomeCultureMilitaryThe Weekly Havok, Episode 18: Are Some Veterans Better Than Others? 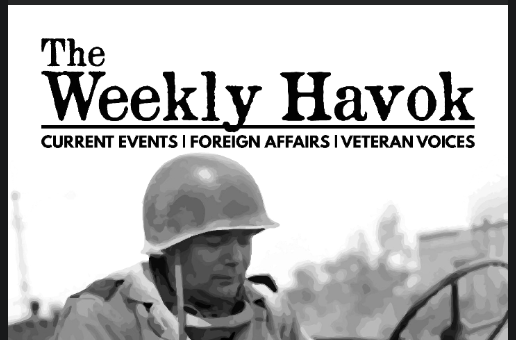 This week I talk with The Havok Journal’s editor, the elusive Mike Warnock, Havok Journal owner Charlie Faint, and Havok Journal writer Jeff Marshburn who came to us live from the front seat of a patrol car. Just in time for July 4th, we discuss how much it matters to have a combat patch, or a CIB, or be a SEAL/SF-type dude. How much should those kind of credentials matter to another vet? What about to a civilian? Are some veterans better than others?

During the show, I tried to tell a story I hadn’t thought about in 20+ years and it showed. I couldn’t remember if it was Damon Wayans or D.L. Hughley that got onstage and lost the room. I remember more now. It was in about 2000, at the Comic Strip on Manhattan’s Upper East Side. It was Damon Wayans who showed up unexpectedly at the club. He came onstage and the crowd went nuts…for about five minutes. Then they saw what all of us comics saw – he hadn’t prepared any material and was just rambling – mostly about D.L. Hughley. I guess there was some beef between them, I didn’t know what it was and neither did anyone else in the room. But Damon Wayans just stalked the stage calling D.L. Hughley names and talking smack about him.

On air, I said this went on for about 45 minutes, but, thinking about it now, it was actually about 90 minutes. It was long. Especially when each act was generally supposed to do a tight 15 minutes. Damon Wayans didn’t just lose the room (many people started to walk out) he killed the night – the room closed after his act because he had gone so long, so those of us waiting to go on were bumped. All in all, it wasn’t a good look for Damon Wayans. But it just goes to show that anyone will give you five minutes based on your fame (or tab). After that, it’s on you to live up to their expectations.

Please do not let Mike Warnock’s mid-show correction stop you from hitting us up to inform us that there are 600 (not 300) OR room doctors in the AMEDD. Or, better yet, hit Mike up.