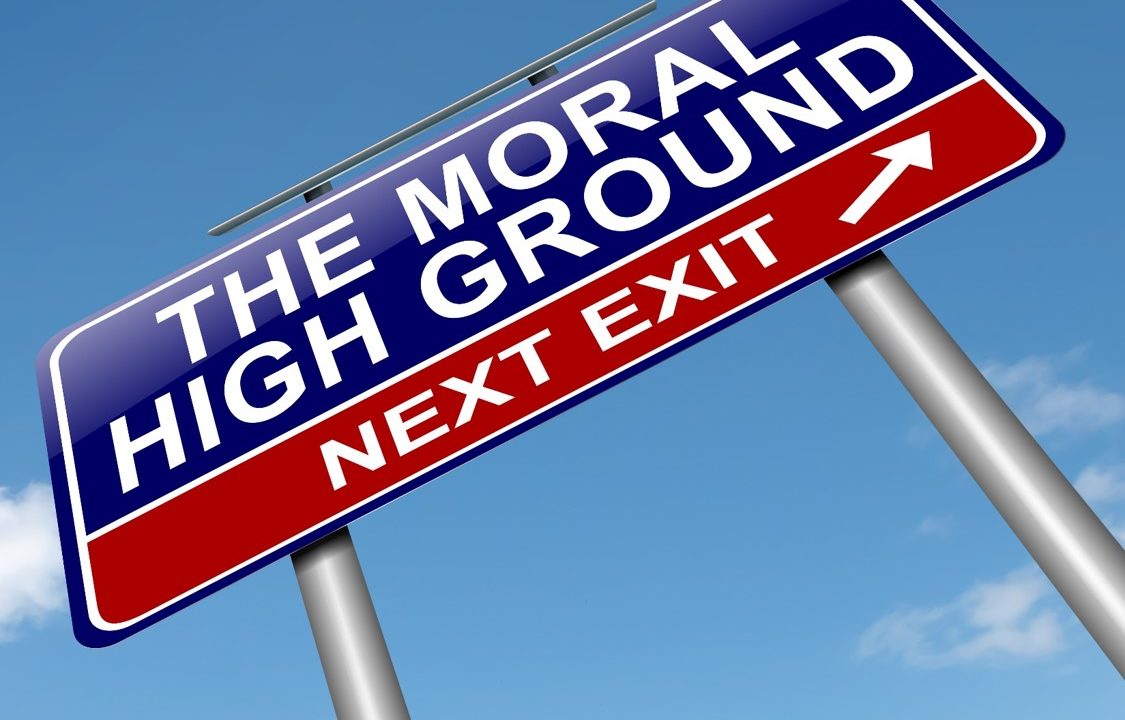 So what happens when the warrior no longer wears the uniform? Can a warrior still be a warrior at home if he’s no longer a “quiet professional”? What does that look like? Many traditional warrior societies believed their warriors were always warriors, but that their missions changed after their last battles were fought. Once they came home for good, their mission was to share their wisdom with those who weren’t in battle. Is there more to it than that, though?

I have, of course, heard of Sebastian Junger. The prize-winning war correspondent and documentarian is renowned in the military community for his book “War” and the docu-dramas “Restrepo” and “Korengal.” He is also known as a reporter who does his job without trying to screw over the troops or make a name for himself at the expense of others; trust me, this is a rare thing.

I don’t move in the Associated Press / Hollywood circles, and the units I was serving in downrange… well, let’s just say we never allowed reporters, good ones or not. So yes, I heard about Junger, a lot. But I never had the opportunity to meet him before; that changed recently when I had the opportunity to sit in on a small group discussion held in advance of one of the screenings of his new documentary “Korengal.”

To me, Junger appears more like a retired UFC champion than a reporter. In fact, if I didn’t already know who he was, I would have believed it if someone told me he was a former operator. He had that look. Lean, middle-aged with a slightly-receding hairline and piercing eyes, Junger looked like what I think a “war correspondent” should look like. Comfortable in a crowd, leaning slightly back in his chair while wearing an expensive-looking suit with no necktie, Junger seemed totally relaxed in both the small group in which I met him, and in the huge crush of fans and well-wishers that crowded around him immediately before the screening.

I felt like Junger was interesting, well-informed, humble, and extremely forthcoming in answering the very detailed and sometimes quite personal questions asked of him by the members of the small group.  He was at times deeply reflective, none more so when the issue of his friend and fellow correspondent Tim Hetherington inevitably arose.

Hetherington was Junger’s “battle buddy” and together they survived many harrowing adventures together. But Hetherington died of wounds suffered in a mortar attack while covering the war in Libya, and this event drove Junger to “get out of war.” It also was the motivation for Junger to found RISC: Reporters Instructed in Saving Colleagues, an extensive first-aid training program for reporters heading overseas.

Fortunately for us, while Junger is done with war, he’s not done writing about it.  His recent article about the moral burden of war caught my attention. Just the title alone indicated it would be controversial:  “US Veterans Need to Share the Moral Burden of War.” Junger’s main point, one that bears repeating, is that veterans don’t “own” the wars they fight in. The wars, the choice to fight them, and moral responsibility for their aftermaths is the responsibility of all of our nation’s citizens. But, not knowing what else to do, veterans keep their experiences bottled up, and civilians don’t know what to do to help.

It’s not that the civilians don’t care necessarily, it’s just that they are at a loss. They want to do SOMETHING, and with veterans keeping them at a physical or emotional distance, they do what they think is helpful. But it doesn’t often work. Junger explains:

Civilians tend to do things that make them, not the veterans, feel better. Yellow ribbons and parades do little to help with the emotional aftermath of combat.

So what will make veterans “feel better” about their service? The quote at the top of this article provides a clue. It came from the comments section of an article by my good friend, former Army Ranger Leo Jenkins in his article “A Warrior Defined,” in which Leo aptly describes what does and does not make one a warrior. In the comments section, a fan asked what happens when a warrior no longer wears the uniform. That’s a great question, and it immediately made me think of Junger’s article. Ultimately, I think it’s really up to every individual what is best for him or her.  But generally speaking, when it comes to enabling veterans to “feel better” about the wars they fight I think the answer is simple: it’s letting veterans tell their stories. To paraphrase Sebastian Junger’s article, I think we need to share the moral high ground of war. 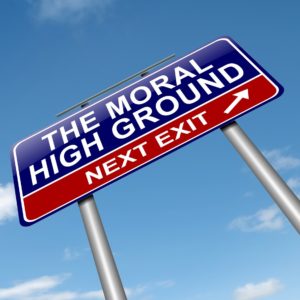 To do that two things have to happen:  there has to be an audience willing to listen, and veterans have to be willing to share. I think the civilian community has proved they are willing to listen but sometimes, for whatever reason, veterans feel like they can’t share their experiences with non-veterans. For some it’s too painful, or they think no one will want to hear what they have to say. For others, particularly those in the Special Operations community, there may be an expectation or an outright prohibition against sharing.

But in all other cases, veterans SHOULD tell their countrymen what they experienced. Veteran or civilian, we’re all in this together. While veterans are the tools that carry out national policy, we all have a hand in shaping it, and we all share the moral responsibility for the way in which it was carried out.  I think people have a right to know what we do on their behalf in the wars they send us to fight, and I think we have a responsibility to tell them.  More, I think we have a right to tell our stories, and the Republic has a responsibility to listen.

So fellow veterans, tell your stories.  It’s therapeutic. It’s informative.  And it’s a necessary part of our national conscience. Do it in the right way; no OPSEC violations, no character assassinations, nothing invented or embellished. And don’t reinforce negative stereotypes that make the rest of us look bad.  Other than that, I suggest you find an outlet and let your stories go. It’s part of sharing the moral responsibility of war.