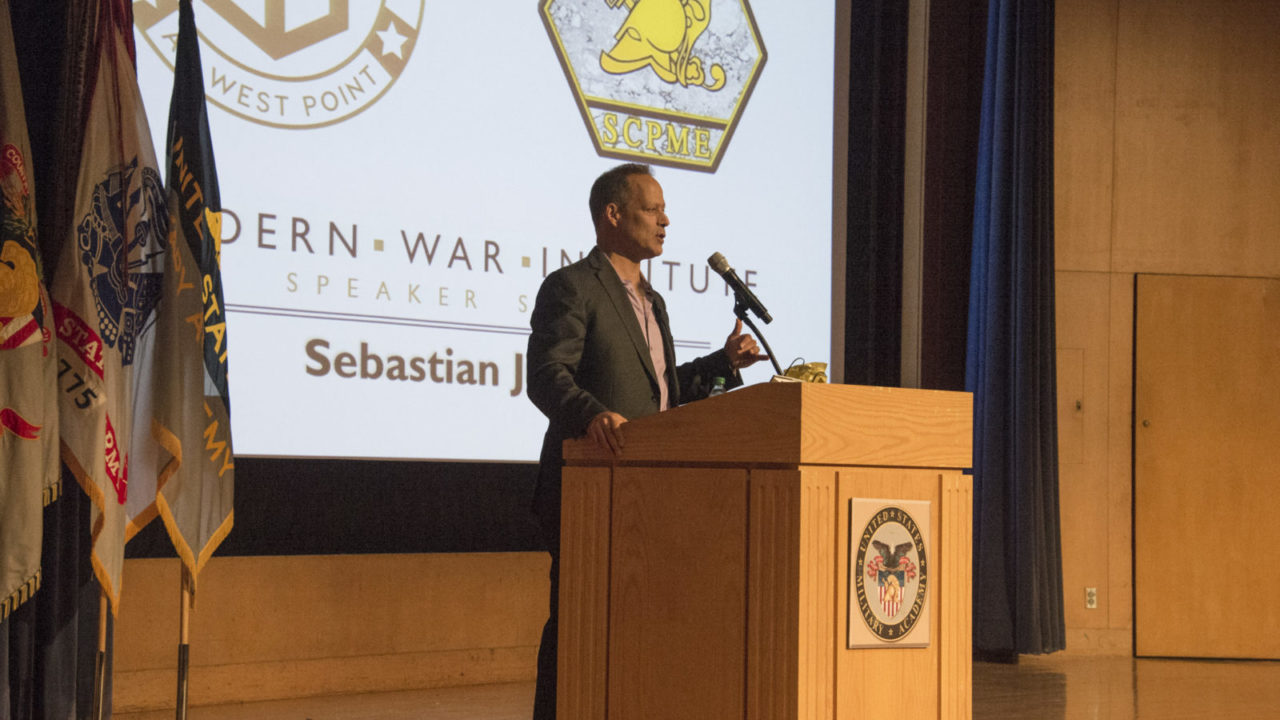 Editor’s Note:  This article was written and first published by the Modern War Institute and is re-posted here with permission. This first appeared in The Havok Journal October 5, 2016. Most veterans of the War on Terror will probably recognize Sebastian Junger’s name. With numerous articles, books, and documentaries to his credit, Junger has “been there, done that” in a way that most journalist never have, and never will.  He’s a true friend of the Veteran Community. This article concerns a trip to West Point, where he addressed cadets and faculty in a discussion about conflict, PTSD, and his book, Tribe.

Soldiers returning home from today’s wars are increasingly falling into deeper despair, according to the veteran war correspondent and author of the new book, Tribe: On Homecoming and Belonging, Sebastian Junger. Junger delivered a book talk, sponsored by the Modern War Institute (MWI), Center for Enhanced Performance, and Simon Center for the Professional Military Ethic (SCPME), to a packed Robinson Auditorium on Friday September 30th. 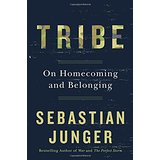 As he writes in his book, “soldiers all but ignore differences of race, religion and politics within their platoon,” but upon arriving back in the United States, they find “a society that is basically at war with itself. People speak with incredible contempt about — depending on their views — the rich, the poor, the educated, the foreign-born, the president or the entire U.S. government.”

In his remarks, Junger argued that living in a community and society forms the fabric of our existence. Modern society forces us into lonely enclaves and robs us of the tight social connections found from man’s early nomad existence to the American Native Indian tribes of the 1700s and even in modern war.

He pointed out that even though fewer soldiers experience direct combat in war (fewer than 10%), PTSD rates among veterans is almost 25%. he argues that the trauma driving PTSD is not just the horrors of combat, but the shock of returning to today’s lonely, isolated, non-tribal modern society.

Junger ended with a discussion and Q&A about what we can do to deal with this reality. He argued that we must find ways to live in community with each other through shared sacrifice. He gave an anecdote from Bosnia. “It was better when it was really bad,” as someone had spray painted on a wall about the loss of social solidarity in Bosnia after the war ended.

“That sense of solidarity is at the core of what it means to be human and undoubtedly helped deliver us to this extraordinary moment in our history. It may also be the only thing that allows us to survive it.”

“The most powerful story told by Junger was of the Vietnam veteran who felt so out of touch with the community he had come back to that he returned to Vietnam to marry the daughter of a commander he had killed,” said Cadet Schwab, Class of 2017, Company I4. “This story and other stories like can help us to understand and resolve the issues facing soldiers in our day and age returning from war and dealing with PTSD as well.”

Sebastian Junger is the author of a number of bestselling books, including The Perfect Storm: A True Story of Men Against the Sea, as well as the award-winning chronicle of the war in Afghanistan in the documentary films Restrepo and Korengal.