His squad always seemed to be doing something different, trying something new. In hindsight he struck me as a bit shy, but when he laughed, his smile would light up his face and quickly enlist the entire room in the joke. After becoming a young Ranger Leader, my M240B team was attached to James’ squad, “The Deer Hunters” and I couldn’t have been more elated. Being let into his circle was an honor. I forever wanted to make him proud.

Kris Domeij was one of the most confident young Rangers I had the pleasure to serve with. As his Squad Leader in charge of the maneuver section he was attached to at the beginning of the war he was always technically and tactically proficient. A Forward Observer to be counted on regardless of the circumstance, but more than this, one of the boys regardless of his youth in rank. You couldn’t dislike Kris, he was awesome. During our first deployment, I recall a long patrol in the Lwara Dasta, which left the section completely out of water and burning up in the heat of the desert. The conditions were so bad t 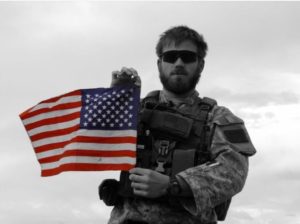 hat one of our Rangers had to be extracted due to severe heat casualty.

Kris would finish the mission. I looked over during a halt to see him finishing off the last drops of his saline I.V. bag. He looked over at me with that rueful smile and big cheeks and merely offered, “I was thirsty, Sergeant”.

“Domeij, you know you just basically downed a canteen of saltwater, right?”

His shoulders shrugged off the matter. I shook my head and we moved on. Sometime later, Kris approached me and said, “Uh, can I have a sip of your water, Sergeant, my mouth is like a dry salt lick!?” Later that mission in a hide site, Kris asked me if he could take off his boots to cool down his feet. “Charlie is doing it…” Our Air Force Enlisted Tactical Air Controller (ETAC). I always see Kris and Charlie in that site together, two larger-than-life personalities and a combined force to be reckoned with. Exceptional. So talented.

Josh Wheeler had another smile that could light up the darkness. We met during the Advance Special Operations Training course held by the Battalion. All of the Squad Leaders from the Battalion rallied for two weeks during one of the most memorable and constructive training sessions I experienced in the Army. We were, essentially, unleashed in small teams of SSGs across a myriad of missions. Josh was so humble, so curious. He didn’t care what company anyone was from, he only cared about being better. I admired him so much.

Brian Bradshaw was so similar. I met this young man as his Platoon Instructor during Infantry Basic Officer Leadership Course (IBOLC) at Ft. Benning in 2008. IBOLC is a 13-week cycle to prepare newly commissioned Lieutenants to serve as Platoon Leaders in the Army. Each of my 40-man platoons would leave at the end of our cycle, go to Ranger School and then immediately deploy to combat in Iraq or Afghanistan. I cannot imagine how this must have felt. Brian was sharp, quick, and intelligent. He cracked me up with his silly throwback Oakley Razors that I was certain were created before even he was.

Page 3 of 4. Click the page numbers below to read more.