HomeCultureReality Check: The Words of God 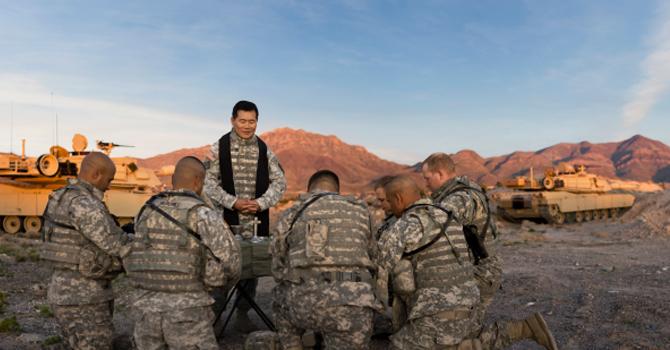 The United States is beset by many issues.  While we have unity and freedoms, we can still show improvement. One of our greatest strengths is the diversity of our people and the freedom to choose without oppression, what we believe, and how we worship; the ways we interpret “the words of God.”

But there is still contention when people of good intent lose their way and take their beliefs to the point that they influence others, not with their example, but by making laws that subject others to their version of belief.

We face world-sized challenges amongst the varied peoples of our planet and the same problems we face at home are seen on a grander and more violent scale in the world around us. Peoples of nations, who believe so strongly in their version of religion that they will use any method, including violence, to coerce others to obey, creating pain and death in their wake.

The irony is that in the practical exercise of religious values, people stop listening to the teachings that they reference. Mankind puts limits on God while believing that they are honoring him.

It is my belief, that all religions of the world share one major point in common. They are all correct. Every religion, Christianity, Islam, Judaism, Buddhist, Zoroaster, Hindu, Wiccan, Druid, and even the animistic beliefs still found in aboriginal tribes in the far corners of the world. They are all right. There is one God, with a multitude of facets.

How is that possible? Because I believe that God is larger than man and I don’t put limits on God. The Creator of the Universe around us can wear any face, present any teachings, and show a multitude of facets in order to reach the broadest range of people possible.  All this, for the purpose of creating a peaceful and loving society.

The problem that we face with religion? Simple. One group achieves a majority and uses their version of God’s words and their majority to coerce those who do not subscribe to their beliefs. I have fought in wars because of this problem.

In the United States, while physical violence over religious principles is thankfully rare, we still have the issue of a majority, who subscribe to a certain value system given to them by their religion, and they impose that value system upon those of minority groups who do not voluntarily agree to those same terms. The majority may use laws instead of weapons but the oppression and coercion remain the same.

In the Middle East today, people are losing their lives because of religious groups who hold sway over the territory and inflict their brand of religion without mercy. In the United States, we might only imprison someone, fine them, or simply deny their ability to liberty as they see fit, but that only changes the degree of coercion, not the injustice behind it.

It is this injustice, which the majority inflicts because it secures their belief structure and denies another that we need to change. If we truly listen to the message that the Word of God gives us, we realize that we have created a culture of intolerance instead of acceptance.

That intolerance influences the rest of the problems that we have with equality, liberty, and self-determination.

We have already observed mistakes of the past that have influenced our future and required great social upheaval to correct. The danger of intolerance is that majorities change. The group in ascendance today may not be the group with power tomorrow. The behavior of those with the power, will define how they are treated if they should lose that power. Or to put it another way, unless you exercise mercy when you have power, you may get none when that power is gone.

In an open society that allows liberty and justice for all, we should, theoretically, be able to transition power from group to group with little turmoil. By and large, it does work that way. But we still have laws limiting behaviors and liberty and many of those laws are wrong.

The test is simple. A law that limits the liberty of individuals and serves no purpose for the common good is wrong. We need laws that establish the bounds of behavior so that group interaction can exist in harmony. However, laws that deny people the rights that others have, for no better reason than their version of religion proclaim it as truth, those laws need to be removed or altered. Why? Because they deny liberty which the group has no right to deny.

Instead of mouthing the Words delivered to you by God, honor the intent of them and live them without forcing others to. There is a verse, Mathew 7:12, “in everything, therefore, treat people the same way you want them to treat you for this is the law and the Prophets.”

There may come a day when everyone realizes that regardless of the language or the aspect of God that someone sees, it is all the same. Until that day arrives, we must continue to work on it.

The religious laws you obey are yours. Do not force them upon me. My rights are equal to yours. If you deserve some consideration, I deserve it too. This concept is where we need a reality check.