HomeCultureRangers and Social Media: 7 Lessons From an Unfolding Trainwreck

Social media can be a very wonderful thing. It facilitates the wide dissemination of information and ideas, as well as helps friends to keep up with each other over long distances and expanses of time. It also allows everybody to have some sort of voice, which may or may not be a good thing. Social media can also be very dangerous and can get very out of control very quickly.

Recently, after a particularly long night of studying, I decided to sit in my recliner and peruse my Facebook feed before settling in for the night. I found a post that two people in my feed had commented on and decided to check it out. It was one of your standard generic posts about who in the Special Ops community is better than whom. You know, the standard dick measuring BS that you see on a pretty regular basis. I then go on to find out what my friends commented about just out of curiosity. 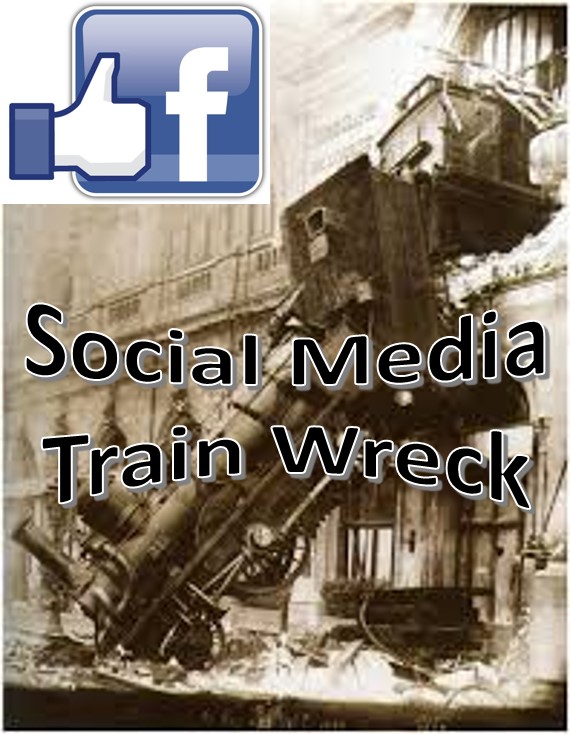 One of the them, who happens to be a very highly respected and well known member of the Ranger medical community simply cited that he had been a Ranger for much of his career and briefly stated that every division of SOF has its own job, and no one division is better than the other.

Then some guy (who in order to protect the guilty will not be named) comes out of left field and starts attacking his credentials, and calling him out for being a poser. It wasn’t long before Rangers started coming out of the woodwork to defend their “Doc.” Some said to Google him if you want his credentials, while others stepped it up and gave him .mil reference pages to their beloved Doc’s bio.

I had a good chuckle and I then went to bed. At that time there were less than 200 comments, and the last one I read was a fellow Ranger warning the guy that he needed to apologize or he was “about to be famous.” I woke up the next morning and there were over 600 comments, and this guy had dug himself a hole deep enough to feel the heat from the earth’s core.

Not only did he not ever truly apologize once he realized that the guy he attacked was legit, but he continued to make outlandish claims that he was part of SOCOM and did blah blah blah. Blood was in the water at this point and there was no stemming the onslaught that ensued. T

The details didn’t add up and it turns out that the guy was in the 101st and somehow supported some SOF units at one time through MOUT training, or something off the wall like that. Even if that was true, all he did was act as cannon fodder for the Ranger Regiment. That’s not SOCOM. The feeding frenzy spilled over onto other posts, other pages, and I’m relatively certain that the instigator didn’t sleep much that night.

Sitting back and looking at the smoldering rubble of that ongoing trainwreck, I thought it might be prudent to turn this debacle into a teaching moment. Here are the various lessons that can be learned from this cacophony of chaos.

Lesson 1: Own your mistakes, sack up, apologize, learn from said mistakes so they don’t get repeated, and move on. 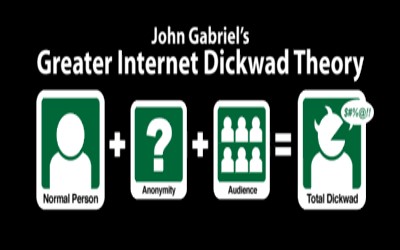 Ole dude could have stemmed the bleed super early by just admitting that he was wrong and making a legitimate apology. Something along the lines of “I see now that you’re legit, I was out of line for accusing you. I’m sorry for any offense”. It’s short, it’s concise, it’s easy, and this whole thing could have stopped there.

I’m sure at that point there would have still been some brief, abrasive replies along the lines of “You’re damn right you were wrong! Now crawl back into your hole!” From a psychological perspective this is what would be called an “extinction burst.” There will be a brief increase in unwanted behavior right before it starts to subside, at which point you take it like a man and move on. Unsubscribe to the feed and leave it alone. If you stop replying to every inflammatory comment, it’ll die down pretty quickly.  But that’s not the way it works on the Internet, because a normal person + anonymity + an audience equals… well, you know.

Lesson 2: Own what you are and be proud of what you’ve done. Don’t try to be something you’re not.

I was a Ranger. I went through RIP and spent the better part of four years in 1st Batt. I went to Ranger School, made some mistakes when I had opportunities, and then ran into a lot of situations that I had no control over. I spent way too long in that school, my body got worn down, and I got hurt. I got sent back to Battalion without my tab expecting to get RFSd. Instead they let me stay. I rehabbed, got plugged into the AT section, and then got moved back to the line. I deployed two more times, finished out my contract, and ETSd. Long story short, I never got my tab. To this day, it still bugs me as the biggest failure of my life, but I don’t deny it. In fact, that lingering taste of failure is one of the things that drives me to work relentlessly to never taste it again. I’ll wear the scroll any chance I get, but I don’t wear the tab because I didn’t earn it. It boggles my mind when people claim to have done something that they have not. I just don’t get it.

We all know of Stolen Valor cases and it really pisses us off. We’re usually very much on guard for it, so if anything you say sounds fishy, it’ll get run through the ringer. Even something that you think is seemingly benign will get you torn to shreds. For instance, when I was in Ranger school there were instructors from leg units who would boast about how they would go downtown and tell chicks that they were Rangers. They would say that civilian girls didn’t know any better and would just think about Josh Hartnett from Blackhawk Down. That kind of crap erodes our credibility as veterans and in reality hurts you way more than it helps, so stop it! We’ve got enough Stolen Valor cases to deal with from guys who have never served at all so quit compounding the problem.

Lesson 3: Social media is a dangerous thing, so choose your comments wisely.

Once you post it, you have absolutely no control over what is done with it. Even deleting your posts may not be enough to erase the evidence thanks to screenshots. You’ve got to be 10% smarter than the equipment you use. 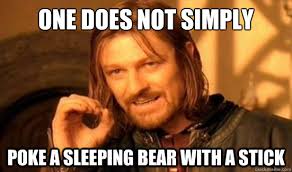 Do a little research before you attack someone. If you do decide to pick up that stick, be prepared for the consequences,

Lesson 5: When the bear wakes up, stop poking the damn bear!

When you get called out, stop trying to cover your tracks by making more outlandish claims and adding fuel to the fire. At this point, refer to Lesson 1.

Lesson 6: Rangers love their own.

For the love of all that is pure and good in this world, don’t provoke a Ranger. We were raised with a pack mentality that is like nothing I have ever seen. If one Ranger is in a fight, every Ranger is in a fight. This can regularly be witnessed in downtown Savannah on just about every night of the weekend. If you’re in a bar and hear the words “Ranger down”, move yourself into a corner or up against a wall and just stay the hell out of the way.

Lesson 7: Rangers love the shit out of their Docs. 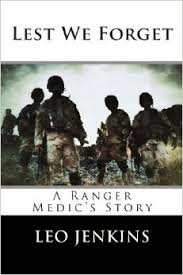 Line guys may give the other MOSs within battalion a hard time every now and again, but don’t mess with Doc. Everybody knows that he’s the guy that will run into an onslaught of incoming fire, or dive into a doorway to pull you out after you just got shot to pieces and have sprung a hundred leaks. If there’s life left in your lungs, you can be damn sure Doc is going to do everything in his power to keep it that way. Do you really want to go after a man that is loved that dearly by a group of men whose sole occupation is conflict and violence?

Take these lessons to heart and I can assure you that your Facebook feed will more than likely continue to be just that thing you passively scan while taking a dump.