HomeCultureMilitaryWhy the Fall of Iraq Bothers Me 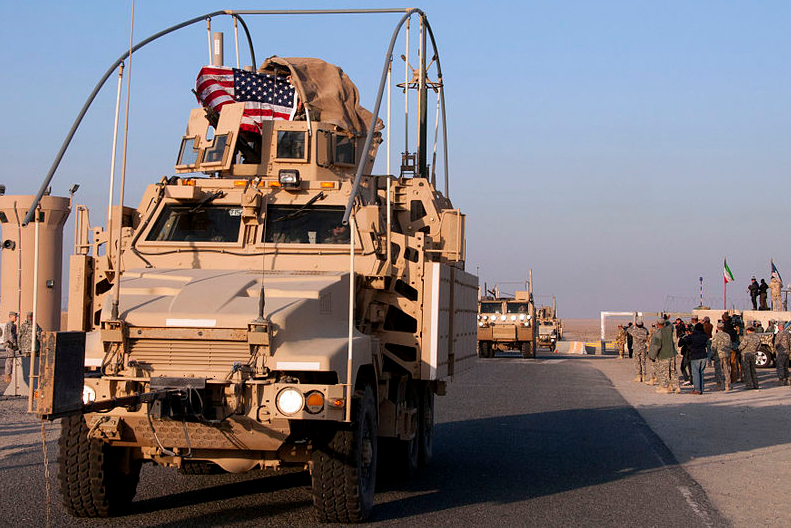 This first appeared in Britta’s blog, “Life After War” on June 16, 2014, and is republished with the author’s permission.

This is a hard post to write. Not because the subject matter is painful, (I’ll stare into the darkest pain with you), but because it is so personal to my daily life. Someone asked me why I let the events in Iraq bother me.

I’ll tell you why.

Every day I interact with guys who lost men they loved dearly, who struggle every single day with memories, horrific flashbacks, anxiety, guilt, brokenness, anger. Men who are afraid to sleep because of the terror that waits to ensnare them when they let their guard down. Men who carry a weight on their hearts that comes from being forced to kill parts of themselves in order to do what combat demanded they do. Men who stared death in the face day after day, deployment after deployment, who made decisions that can’t be undone. Men who died inside themselves to keep their brothers alive and must live with the fact that they couldn’t save everyone. Men who were fucking good at what they did. And did the best they could.

If you’re reading this, you most likely are one of these men. You know what I’m talking about. The world doesn’t see the man you were in combat. They have no idea they are in the presence of some of the highest caliber and highest tested human beings on earth. They see PTSD, and stumble over a “mental illness”. They see the guy working checkout at Walmart with a little pin that says “proud to be a veteran” and scowl at him for taking too long to move their groceries past a scanner. They see an overweight guy with a beard at the bar who doesn’t look like he has it all together and dismiss him without a second thought. They see a thin wiry guy who works in the cubicle next door and keeps to himself and think he’s socially awkward. They see… absolutely nothing.

So, why does Iraq’s fall bother me?

Because I see a generation of men who will have Iraq woven into their souls for the rest of their lives. I see the pain, the struggle, the cost to hearts, and how it plays out in daily lives. I know what it has cost and what it still does. I cry with these guys, I carry their secrets, I know the stories so painful and horrific they can hardly find words to whisper it. But they do. Because they are men. Brave. And unafraid to be afraid.

But the fall of Iraq? The fall of Iraq rips open tender wounds, starts the bleeding again, tugs at the part of these men that longs to be powerful and fierce and vicious, that part of them that knows expertly how to take those motherfucking extremists out — that part of them that can kill evil and has. These men know power. They know it unlike anyone else. And that desire… that desire forces them to come face to face with the reality that now… now they are that guy at the Walmart checkout, the overweight one who’s invisible at the bar, the wiry guy in the cubicle next door. Men who now everyone assumes are not much more than losers, hardly getting by in life, just barely making it. And that… that, right there, that realization, is what kills me. That pain.

These brothers that I love and am willing to fight for their soul’s freedom, they aren’t going back to Iraq. Their warfighting days are over. They have PTSD, and TBIs, and worn and battered and bone-weary bodies, minds, and spirits. They have to wake up each day and face the reality that they’re never going to be that Marine, that Soldier, again. And that is what fucking hurts so bad.

So, yeah, we can deploy to Iraq again, our current warfighters know how to fight. We can fight again today. It’ll fall again in 10 years. We can go back. We can stay out. We can debate it until we’re beside ourselves. It’s not going to make a difference. The Administration is going to do whatever is in their best interest. And our warfighters will do what they do best.

But my guys, they have to live with what that land has already taken from them. And what they’ve given it. And what they still give it every fucking day. They have to wonder now if their buddies died in vain. Or if the ache in their knee and the images of bloody flesh in their mind and the screams they hear when the room falls too silent — if it was all for an Administration who never actually saw them. And still doesn’t.

And that’s why Iraq bothers me.