HomeCultureMilitaryWhat Are We Looking For? 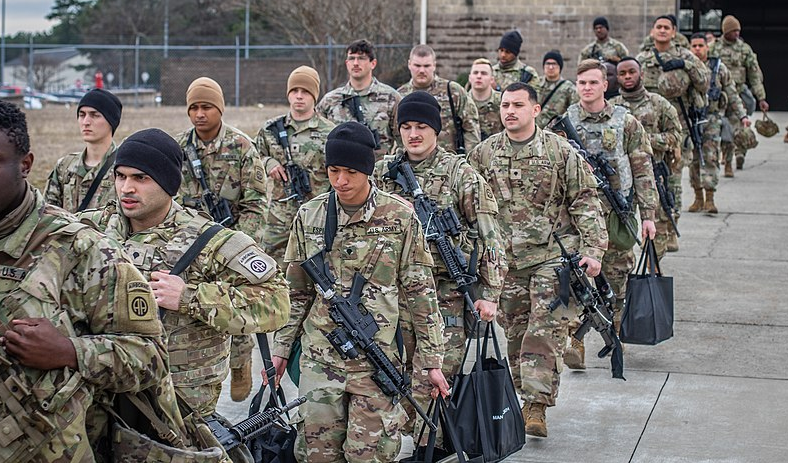 Going down the rabbit hole this morning, I found a page on Instagram called @watchesofespionage. It features candid photos of military members and sometimes even policymakers with interesting and expensive watches. The captions describe the member, the situation, and the featured watch. And here I had thought military social media pages couldn’t get any more niche…

A picture that had been posted in mid-April caught my attention: a picture of Malcom Nance in Ukraine, armed and uniformed, representing the Ukrainian International Legion of Territorial Defense. The post, as is customary, talks a bit about his watch. It also noted that he had experience as an MSNBC pundit prior to joining the fight. Nance is rumored to have said “I’m done talking” while reporting in Ukraine. The final sentence reads as follows:

“I wish him safety and I hope he finds what he is looking for in Ukraine.”

This sentence stood out to me in such a powerful way. I suppose I understand what Nance might be “looking for.” Most men probably do. There’s an insatiable itch that must be scratched in the heart of every man, although what exactly “it” is that we long for is hard to describe.

At 18 years old, in between school and that sweet shipment date to boot camp, I had a landscaping job. During the quieter jobs, the team members would talk to me about the decision to enlist during the War on Terror. If you enlisted fresh out of high school, you probably experienced similar reactions: some people were supportive, others objected, most forgot we were even still at war. I was on track to study music in college, and I was a good student. I could have gone another direction. One co-worker in particular was highly critical of the war and could not fathom any justification for joining the military, much less possibly going to Iraq or Afghanistan. Nothing about it was noble in his eyes. The act itself of enlisting was contributing to an abhorrent state of affairs. He tried more than once to have me reconsider.

I owed no one an explanation. I didn’t care about the politics (yet). So, I could’ve gone and studied music, and so what? My country was fighting for something, and I wanted to have a lived experience that would be meaningful beyond notes on pages. College would be there later; the opportunity to contribute to something bigger than myself, noble or not, comes and goes mysteriously.

Naïve? Yes. The point is that I understand what compels a man to volunteer to fight for something. Ukraine is not our home but standing ground against tyranny is about as “American” of an idea as one may imagine. Russia’s bombardment of civilian targets is horrific, and it is frustrating to watch. It is depressing to see what humans are capable of doing to one another. Ukraine, at least in the western narrative, represents the Spartan army at the Gates of Fire. They hold the line for their homeland, and potentially for more European countries. This idea is heroic, but maybe that is all that heroism is – an idea.

Now, I ask, “why?” A Marine was just killed in Ukraine last month at 22 years old. He was the first American volunteer to be killed in action in Ukraine. What compelled a man to volunteer to fight and die for land that he has no innate interest in? Everyone has some experience that they are looking for. Maybe he never found his in the Corps. I’m not sure that I ever found mine. Maybe that’s why I understand.

“…assuming this war had to come, I feel nothing but gratitude to the gods for sending it in my time.” – Sir Max Hastings

George is an Air Force veteran and pre-law student living in Chicago. After nine years of working security missions all around the world, international relations became a fascinating topic of study for him. When not studying or writing, George can be found traveling with his wife, doing Jiu Jitsu or cruising on a longboard.