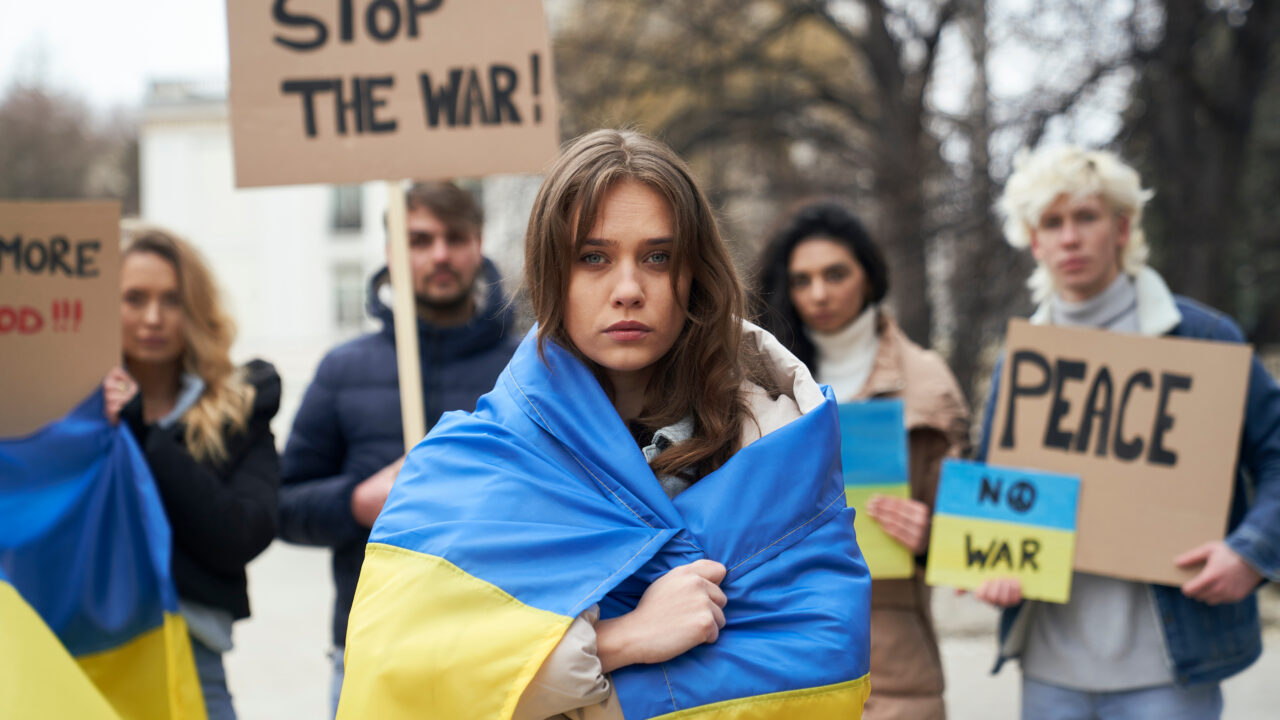 This first appeared in Frank’s blog on April 4, 2022. It is republished here with the author’s permission.

“I was born here and I’ll die here against my will
I know it looks like I’m movin’ but I’m standin’ still
Every nerve in my body is so naked and numb
I can’t even remember what it was I came here to get away from
Don’t even hear the murmur of a prayer
It’s not dark yet but it’s gettin’ there.” – Bob Dylan

The news is all about Ukraine unless, of course, it’s Fox News, then it’s all about Hunter Biden. However, in most cases, in most of the media, the latest events in Ukraine dominate. The eyes of the world are focused on the war there. There are other wars being fought in other places, but the struggle in Ukraine is the one getting all the attention.

Why does the war in Ukraine get more scrutiny than, say, the war in Yemen? Well, it’s being waged in Europe, and the inhabitants of that continent somehow thought that they were done with war, despite the localized nastiness in the Balkans back in the 1990s. There are very few Europeans that have any recollection of World War II. The slugfest in Ukraine is bringing back all those bad memories and long-forgotten fears.

The current war between Russia and Ukraine is also bringing back some ugly Cold War vibes. Granted, it is Ukraine and Russia that are doing all of the shooting, but to some extent, this war is a proxy battle between Russia and NATO. Nuclear powers are involved in this struggle, and the possibility of a nuclear confrontation tends to make people sit up and take notice.

Putin has been labeled as the bad guy in this drama. He is. The Russians invaded a sovereign nation that had done them no harm. They are killing civilians without hesitation or remorse. The West has rallied, for once, to oppose this aggression. Why hasn’t the rest of the world done the same?

The West has skin in the game. For the members of NATO, Yemen is a small, remote country that they can safely ignore. NATO cannot ignore Ukraine. Ukraine is part of the neighborhood. The chances of violence spilling over into Poland or Estonia are pretty high. The West needs to be involved for purely selfish reasons.

The rest of the world has its own priorities. The freedom of Ukraine is not one of them. It doesn’t do any good for Joe Biden to brand Putin as a war criminal, although he is one. We, as Americans, really don’t have any moral high ground in this situation. After all, we just left Afghanistan, a sovereign country that we invaded and occupied. The rest of the world also remembers our invasion of Iraq. As far as most people on this planet are concerned, if Putin is a war criminal, then so is George W. Bush.

Even within the United States, there is not complete and total support for the Ukrainians. Once again, that has something to do with our nation’s recent exploits in the Middle East. Americans have notoriously short memories, but we can still remember that nightmarish withdrawal from Kabul last August. We don’t mind giving weapons to the Ukrainians. The United States is always quick to pull out the national credit card to pay for a war, especially somebody else’s war. But establishing a no-fly zone over Ukraine or putting U.S. boots on the ground in that country… we need to think about that a bit. I see plenty of Ukrainian flags flying proudly near my house, but I have yet to hear anybody say, “I want my kid to fight against the Russians!”

My kid fought in Iraq. He got wounded, and he killed people there. He came home damaged. There are serious costs involved with any war. We need to take a deep breath and ponder how far we want to go in Ukraine. Things are bad, but they could get far worse.