HomeCultureMilitaryThe Void and the Legacy: How My Veteran Brother’s Suicide Affected Me… and the World Around Me 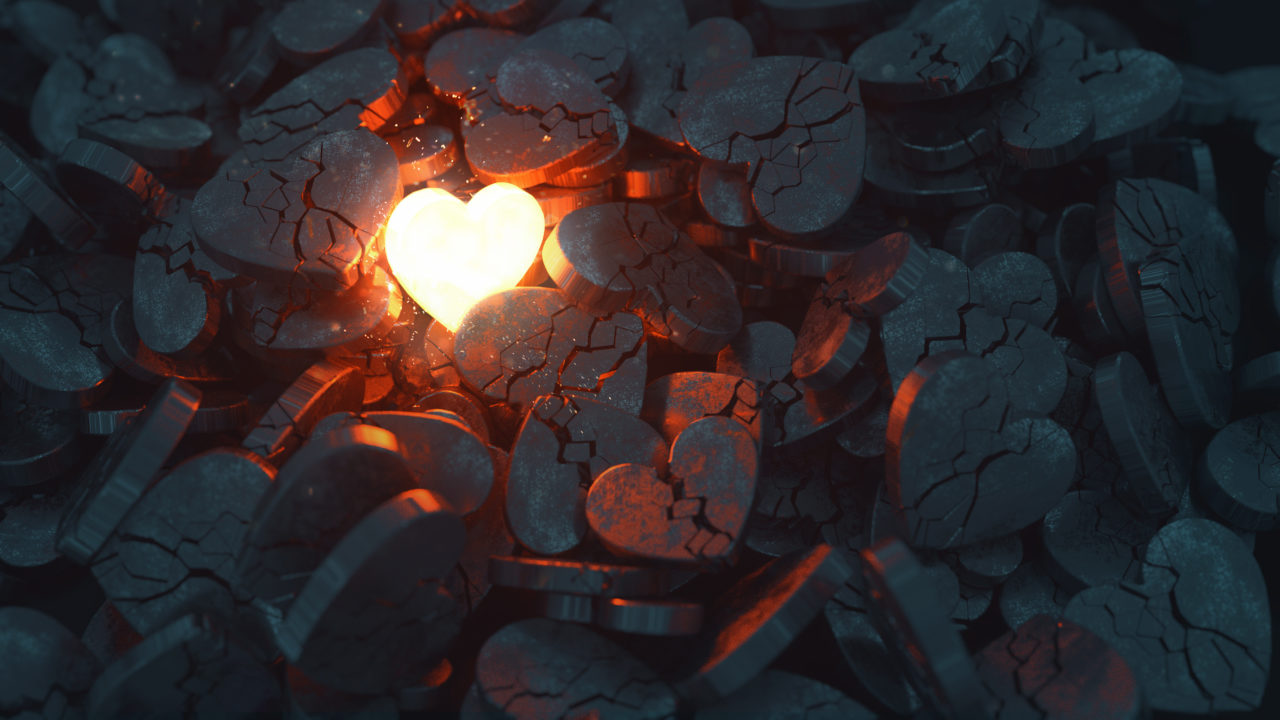 I felt compelled to share a part of me I have not shared with anyone before, in an effort that it reaches even one person in need of a glimpse of even the tiniest bit of hope. A Hope, that with a little shift in perspective, something positive can evolve from the dark, painful moments in life. Hope, that if you ever lost anyone to suicide and you are ever so familiar with the void it leaves in your life, you can use that emptiness you feel and turn it into something meaningful, allow it to provide a purpose for you, and use that pain to fuel your aspirations.

We have two choices in life, let it destroy you, or let it build you. I wanted to shed some light on something that has taken me 7 years and a lot of doing things the wrong way to learn… If you acknowledge the loss (the void), and you actually sit with the hideous emotions and feelings that go with it, rather than trying to bury them, you can turn them into something positive. It’s never too late to dig yourself out of that dark place you immersed yourself into, there is always light somewhere, you just have to look for it.

The Void and the Legacy.

Where to begin.. well, my life took a drastic turn straight into hell on May 10, 2012, at approximately 0201 hours. I was at home, married at the time, sound asleep in the comfort of my own bed while my 18-month-old slept like a dream in the room next door. I woke up to a phone call from my parents. My father to be exact. His voice trembled on the other end of the phone. You see, if you knew my father, this would make the hairs on your forearms stand up.

My father, a Marine Corps Veteran, who did an extended tour and fought through bloody Vietnam and managed to make it home alive, is a man of few words and even fewer emotions. To hear his voice tremble on the other end of that phone instinctively made my heart sink. He then uttered the words that have been burned into the back of my mind for all of eternity; “Your brother is dead.” I was silent. A million questions raced through my mind, and I was in complete disbelief. I can honestly say I was in the denial stage of the “stages of grief.” Yes, that shit is real. The next several weeks seemed like a complete blur. As I tried to make sense and comprehend the death of my brother, and how it was by the force of his own hand, I was left feeling everything and nothing all at once.

My brother shot himself with his .45 Springfield he purchased after he returned from deployment. That was a hard fucking pill to swallow. My brother and I were 18 months apart in age if that gives you any kind of comprehensible idea of how close we were. My brother had his fair share of ups and downs through his teen years and finally decided to join the United States Army in 2007 -08 because he wanted to serve his country, make my parents proud, and because he wanted to do it for himself. I was in my early 20s at the time, living in my own oblivious self-centered bubble like most 22-year-olds do. I didn’t understand the magnitude of the decision he had made to enlist. Just like that, he was gone and off to boot camp at Ft. Benning in Georgia enlisted as PFC Jones, MOS: Infantry. 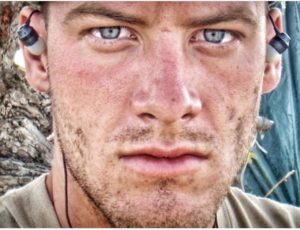 We wrote each other frequently, dozens of hand-written letters, all of which I saved not knowing at the time, these letters would hold so much weight in my life years later. Then, came Family Day and Graduation from Basic Training. I didn’t go. Why? Because I was a self-centered 22-year-old dip-shit who cared more about my friends and Spring Break. Was that messed up? Absolutely. I own every ounce of that to this day and it still eats at me to this very moment. I had zero comprehension of how important that day was to him and my entire family. I do now… Hindsight 20/20 sure is a brutal bitch.

Post-graduation my brother came home for a brief period, about 10 days or so and he was gone. He was stationed in Ft. Campbell Kentucky and deployed to Afghanistan for a 15-month long deployment during Operation Enduring Freedom (2008-2009). When shit was hitting the fan overseas. My brother was in combat, saw things, and did shit he never spoke a word of. It has taken years to become privy to some of the things he did and learn about his experiences. We played “When the man comes around” by Johnny Cash at his funeral. That was my brother, to a T.

When he returned from deployment, I didn’t recognize him. Not because he looked like a filthy transient who hadn’t shaved in God knows how long, but because he was different. War changes people. I never understood. I just knew that this was a new version of my brother that I would eventually get used to. He was quieter, more reserved, more impulsive, and more angry than usual. I attributed it to his drinking problem he acquired and chalked it up to being “normal.” Shortly after he returned, I became pregnant with my then-boyfriend at the ripe age of 24, rushed off to get married a week later, and the rest was history. At the age of 25, I was a mother, a wife, and a student still trying to figure out what the hell I was doing with my life. I’ll tell you what though, being married and raising a kid of my own at a young age will surely force you headfirst into adulthood. I grew up quite a bit during that time period.

I was 26 years old when my world was shattered with the devastating news of his loss. I was then daunted with the task of calling my brother’s best friend, who was currently living in New York. My brother and his buddy were side by side from day one of Basic Training until the day they returned from deployment. They were the true definition of the word “brotherhood” and everything it encompassed. I had to break the news to him over the phone. Talk about a gut-wrenching experience. I knew how he felt, but at the same time, I didn’t. He knew a side of my brother that I had not.

They fought together, suffered together, and endured through some fucked up shit together. I could literally hear his heartbreak through the phone… the way mine did when my father called me. I had never met this guy in person, yet he felt like family. He had questions for me that I surely didn’t have answers to. The one question he never asked me was “Why?” The following months to come, my brother’s buddy had a black paracord bracelet made which has my brother’s name on it. PFC ****** JONES. BestM240B Gunner. 101st Airborne. Never Forgotten. I wear that thing every day, however, I didn’t understand the sentiment on the bracelet until years later. 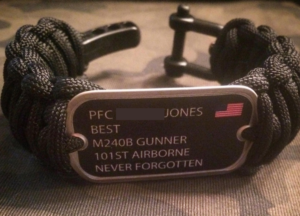 In the years to come, I can assuredly say I did not grieve. I didn’t know how. I knew I had this giant hole in my life, but I was not equipped with the ability to cope with it at this point in my life. So, what did I do? I took on a life full of distractions and swept my grief under the rug. I shoved that shit way down deep to a place I never knew existed. I was raising a toddler and busy playing housewife, that I had enough to keep my mind preoccupied. 6 months after my brother’s passing, I had this profound urge to join the military. At least the reserves, for the time being, seemed like an option my then-husband would be on board with. I was then given an ultimatum: If I enlisted, divorce papers would be the next imminent document I signed. I wasn’t in a position to walk away from everything (or so I thought). Fast forward some odd years later, I got divorced anyway. The best damn decision of my life. My daughter is the absolute soul and purpose of my life. She is a gift from God (or whatever it is you believe in) and she saved my life. Literally.