HomeCultureMilitarySpecial Forces: The “Unconventional Way” in the Early Days 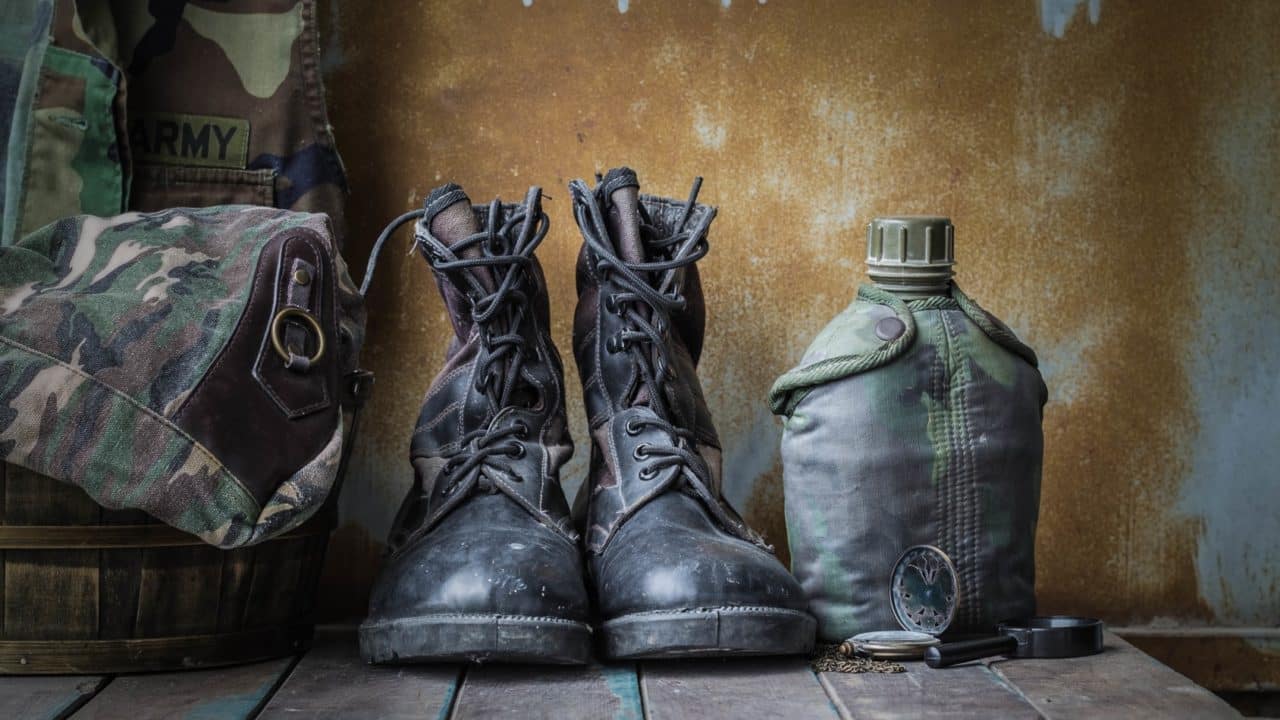 After I was commissioned in 1971 as a Regular Army Military Intelligence officer from the ROTC program at Florence State University in Muscle Shoals, Alabama, my 26-year Army career began with a combat arms detail to the Infantry. Following Infantry Officer Basic, Jump School, and Ranger School at Fort Benning, Georgia I was off to Fort Ord, California to start my Military Intelligence career…as an Infantry officer.

Upon completion of my Infantry detail, most of which was done supporting test and evaluation programs at Hunter Liggett Military Reservation (Now Fort Hunter Liggett), it was time to finally get some intelligence training. My orders sent me to a six-week intelligence transition course en route to my next assignment at Fort Bragg, North Carolina, and it was there that I was first introduced to the Unconventional Way.

At my transition course, there was a Special Forces captain from Ft. Bragg, who was assigned to an organization called the 5th Special Forces Group. We ended working together on group projects as well as some after-class happy hour exercises. My orders to Bragg were to the Replacement Detachment, which meant I would be assigned at the “needs of the Army.” I had done some research and there was a strategic intelligence analysis organization at Bragg that needed people. But sitting behind a desk doing analysis was not my idea of fun for an Airborne Ranger. I voiced my concern to the SF captain one day and he told me, “You know, you don’t have to sign into the Fort Bragg Replacement Detachment. Just go over and sign in to JFK Center (John F. Kennedy Special Warfare Center and School, also known as SWCS or “swicks”) and they’ll keep you.”  This was my first introduction to the “Unconventional Way.”

As a senior lieutenant that had been around for a while and I really didn’t think that would work, but I decided to give it a try. I mean, what did I have to lose? Special Forces sounded far more appealing than sitting behind a desk doing analysis, and besides, the worst thing they could do is give me directions to go across post back to the Replacement Detachment where I belonged.

Upon arrival at Bragg, I dutifully presented myself at the JFK Center rather than the Replacement Detachment, fully expecting to be told I was in the wrong place. But that did not happen. The Special Forces non-commissioned officers at the processing center looked at my orders, looked at each other, and processed me into SWCS, and assigned me to the 5th Special  Forces Group.

About three months later, 18th Airborne Corps came looking for their wayward captain. But by that time I was well established in B Company, 2nd Battalion, 5th Special Forces Group and was awaiting a slot in the Special Forces Officer Qualification Course (SFOC). I never heard how the issue of where I was assigned was finally resolved (most likely some sort of trade for another inbound lieutenant) but my introduction to the unconventional way had been a success.

After several months at Group, I was given the opportunity to attend the Special Forces Officers Course (SFOC) Qualification Course and earn my “Full Flash” Green Beret. [Editor’s note: Before the authorization of the Special Forces tab, SF-qualified individuals wore a full-sized patch, or “flash” on their green berets. In those days non-SF qualified support troops also wore a green beret, but with a half-sized flash. Later, the green beret was reserved solely for SF-qualified personnel and support troops wore a maroon beret, and everyone wore a full-sized flash.]

During my time as a Special Forces A-Team leader in the mid-’70s training budgets were very tight, even in the Special Forces. So any training opportunity outside the bounds of  Ft. Bragg and Camp Mackall was always great. Most of these opportunities were major exercises around the country, where we often served as the aggressors operating against large conventional formations.  While these exercises did provide opportunities to train, they were often fairly scripted and did not offer the opportunity to train in all the areas we needed to work. Nor did these large events offer the environmental (desert) training we really needed for our assigned area of operations (AOR). Our AOR included large arid and desert areas and we needed to train in that environment.

So we found and used the Marine Corps base at Twentynine Palms, California as our desert training location for several years. This facility, north of Palm Springs, is ideal for our training needs.

Its remote location, variety of terrain, and very few restrictions on how we trained or what training devices we used in the training events made it extremely attractive. Training events at Twentynine Palms were usually month-long opportunities to train as the company commander and team leaders wanted and to do it in a desert environment and do it as realistically as possible.

A good example of this freedom to train is exemplified in a meeting with Range Control prior to our initial training event. We wanted to do some explosive training and wanted to make sure we stayed within the limits while on the range. When we asked the range control how big of an explosive charge we could use on their range, their response was: “How much ya got?” That kind of accommodation was something I never experienced outside of Special Operations. That was very much the unconventional way.

One trip to Twentynine Palms was especially memorable to me. After a long and uncomfortable flight and an inflight rigging, it was time to jump into Twentynine Palms for a month-long desert training event. The reason we jumped in was that if we jumped, the event counted as a joint training event for the Air Force and so the Army did not have to pay for the airlift. It had been a long, hot flight with some low-level flying and we were ready to get out. The jump would be at BMNT—Begin Morning Nautical Twilight—and we were jumping in most of the company followed by an air-land follow up to offload some of our heavier training gear and supplies for our stay “in the box.”

I was the jumpmaster for this jump and we had done an inflight rigging. Once we turned inbound, the DZ was easily identified and we got the green light. The jump progressed slowly due to some loaded equipment that was causing problems getting to the doors. Once both sides were “clear to rear”’ I made my exit. But by the time I got out, I was way down the DZ and far away from everybody else.

This DZ at Twentynine Palms was definitely not the large, open sands and soft grass fields of Sicily Drop Zone at Fort Bragg. As I descended, my immediate goal was to avoid the big rocks and cactus plants—both of which seemed to be everywhere—and to find a nice place to land. I saw and steered for, a great-looking place. It was flat, open, and had literally nothing on it. But when I got to about 100 feet above ground level, I saw a square outline in the sand, in the place I was about to land. Since there’s nothing in nature that’s square I realized: That looks like the foundation of a building. It was outlined in block and appeared to be solid in the middle. I really did not want to do a parachute landing fall (PLF) on concrete. So instead, I made major adjustments to my course in a last-ditch effort to land beside this obstacle. Instead of directly on top of it. Well, I successfully avoided the obstacle but executed one of the worst PLFs in my jump career, breaking my leg in the process. Badly.

…and I passed out.