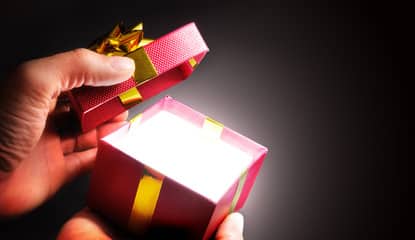 This first appeared in The Havok Journal October 17, 2018.

Performance evaluation is always a crucial part of keeping organizations effective, especially when it comes to scouting prospective candidates for key leadership positions. Objectivity stands as a key consideration for performance evaluation, whereby evaluators develop and utilize standardized procedures that would reasonably measure how members have performed within a given period in the past.

The Army, being tasked to defend the United States (U.S.) at home and abroad, is certainly not an exception in that regard. To identify and promote the best and brightest in its fold, the Army uses the Officer Evaluation Report (OER) – a performance evaluation tool it uses to measure leadership potential. Individually, the OER is instrumental in determining whether officers are eligible for promotion based on how they fared professionally since the past year or less. But more than that, the OER is crucial for maintaining integrity within the Army by identifying its future leaders from among its current officers. To say the least, the OER is a much-needed standard for keeping the Army safe and intact under competent leadership.

As straightforward as the purpose of the OER sounds like, it has nonetheless courted controversy over the way it has been conducted. Grading subjectivity and overinflation comprised much of the criticisms aimed against the OER. To address those problems, the OER underwent a significant overhaul in 2014, in which the system has been automated, boxes for items have been lessened, and made raters and senior raters more accountable against overinflating grades. Under the change, raters and senior raters can no longer hand out top blocks to over 49% and 24% of rated and non-commissioned officers, respectively. Providing all raters and senior raters with profiles ensured that their respective percentages for top block provision are thoroughly monitored, all the while preventing them from grade overinflation.

The latest move to reform the OER may have been intended as a step forward for scouting future leaders within the Army. Regardless, it remains imperfect, with the same flaws still in need of concrete resolutions. Foremost of those concerns is the need for the Army to come up with a definitive measure of potential – one that can be confined within strictly objective terms. At present, the Army has equivocally referred to potential as one that can be measured subjectively or determined according to its Leadership Requirement Model. This ambivalence casts doubt on the reliability of the OER as an instrument that can lead the search for the Army’s future sets of leaders. The Army simply cannot afford to make mistakes when promoting officers to higher positions, considering the possibility that good performance demonstrated in the past immediate period may not translate to potential over lack of consistency. 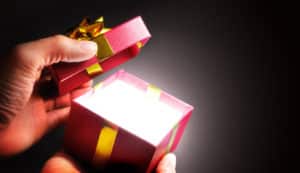 Lack of interaction between raters and senior raters and officers extend to performance counseling. Several officers have failed to receive formal or informal performance counselling from raters and senior raters, leaving many of them in the dark when it comes to professional improvement. All in all, these factors demonstrate the minimal impact of the OER on the overall development of officers, making it less of a suitable measure for potential in Army leadership.

Considering that the OER is intended to keep the Army within the company of skilled guidance from strong leaders, it is only imperative for it to undergo improvements. To further minimize and gradually eliminate subjective influence in grading officers, the Army must first endeavor to measure potential in objective terms. Having a fixed, recognized, and value-driven meaning of potential would remove the tendency for raters and senior raters to resort to subjective means of appraising officers. That shall be further aided by a shift from biased arbitrariness through the removal of boxes in favor of written appraisals based largely on keen performance observations.

Aside from that, performance evaluation will be based on a uniform understanding of potential observed all throughout the Army. Moreover, the Army must work on enhancing the spirit of mentorship within its ranks to prevent raters and senior raters to rely on their closeness, or the lack thereof, towards officers for grading them. Open discussions with officers regarding points for improvement can ensure under a compulsory implementation of the Officer Support Form. Through that, officers will not be left to guess on how best they can improve as their performance evaluation hangs in the balance at the hands of superiors who rarely meet them.

This article represents the personal view of the author and is not an official position of the U.S. Army.