HomeCultureMilitaryObservations of a Transitioning Officer: Time to Go 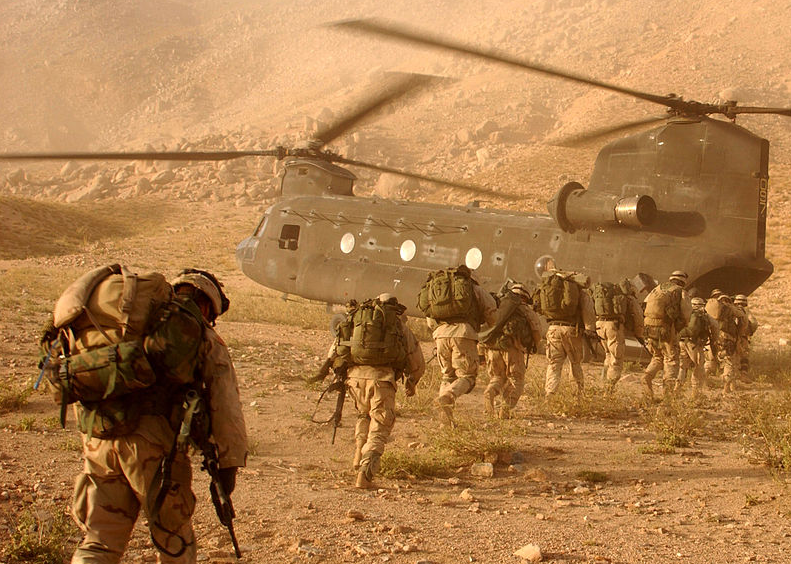 This first appeared in The Havok Journal on April 30, 2019, and originally posted on his blog and reposted here with his permission.

It’s poetic that the day I begin my series opener of ‘Observations of a Transitioning Officer’ occurs on the last day that I will ever put on this uniform. Is it weird that I am not as emotional as I expected? Perhaps I’m still numb to the idea, or maybe it just hasn’t hit me yet that this only lifestyle I’ve ever known as an adult is about to yield to the next phase?

Over the last 10 years, I’ve had many a friend/co-worker hang up the uniform. I’ve attended countless retirement ceremonies, farewells, and I’ve personally assisted Soldiers in departing the Army (both for good and bad reasons.) In nearly every case, someone was on the verge of tears. But I’m not, at least not yet.

I get it. The military isn’t a job, it’s a lifestyle. It’s the most demanding mistress there is; pulling you away from the rest of your life for a year or more at a time and demanding that you work 14 hour days, every day, in the middle of bum hill nowhere. Not only are you away from family and friends, but you find yourself grateful to have a porta-john and a hot meal, and count yourself beyond blessed to have a scalding hot or ice-cold shower once a week via a water buffalo, 1-quart, or contracted shower connex (don’t’ forget your shower shoes). And the funniest part is that you love it.

The austere conditions, the danger, the adventure, the comradery, the harrowing close-calls, they are part of your story. They draw you and your brothers/sisters into a place that binds your souls and hearts as part of a fabric of resiliency and strength. When you lose someone as part of that bond, you have to rely on the collective strength of your fellow warriors and know that the fight must go on, even as you mourn and struggle with loss. It seems morbid to those on the outside, but you’ve realized that you’re a part of something bigger than yourself, and you wouldn’t trade it for the world. For all its glory and romance, there will always be the mundane staff assignments, PowerPoint, QTBs, monthly inventories, maintenance, and the worst of the worst, weak leaders. But those are hopefully the filler portions of your career’s novel, and are easily forgotten as soon as the next chapter of the book begins.

A large portion of the officers I’ve known that have/are/will be hanging up the battle armor tend to cite the less than optimal aspects of the Army for justification. No judgment here. I’ve seen Majors ruin a Captain’s career. I’ve seen Battalion Commanders who are only out for themselves. I’ve seen Colonels who are so disconnected from their organization that they cripple their own ability to influence the development of it. That can weigh you down over time. There is a myriad of other reasons (family, earning potential, passed over for promotion, UCMJ, continued education, etc), but for those that leave on bad terms, regardless of the reasoning, I’ve witnessed that they tend to have the hardest time initially with the transition.

I think (notice the personal opinion piece coming in here) it has a lot to do with the disappointment they’ve felt throughout their service. You arrive bright-eyed and bushy-tailed as a 2LT, ready to execute the three iconic pieces of antiquated leadership advice you consistently heard during your time as a cadet: know your job (competency), stay in shape (presence), and listen to your NCOs (development and generally so you don’t screw things up). But sometimes your NCO is weak, sometimes your CDR is terrible, well then what? There are so many more ‘golden nugget’ wisdom pieces out there. If you get this as an answer, you’re either talking to the wrong leader or asking the wrong questions.

A wildly successful military officer/mentor who was recently selected for Brigade level Command once told me, “you can’t choose who you mentor, but you can choose who mentors you”. Unfortunately for many a Lieutenant, that opportunity is either passed because they don’t know how to seize it, or it never becomes available before they get that first bitter taste of inevitable Army imperfection.

Many an officer I’ve known (multiple 5yr, 8-10yr, and 12yr) describe to me a career where towards the tail end they had come to their wit’s end regarding poor leadership and the mismanagement of their organization and subsequent members and decided to leave. They weren’t quitting the boss, they were quitting the cycle. I don’t blame them either. What I think ends up happening is that on their last day, they come to the realization that their hopes and dreams for their career are now dead.

Whatever threads of hope they held onto that it could be better are now ending, and they’ll end up walking away with gaps in closure regarding the opportunities missed. If you think about it in this way, it does make it tough. Really tough. Here you are, ready, willing, and able to play the hero G.I. Joe movie in-real-life and you come to the end of your time feeling underestimated, poorly managed, and disregarded time and time again. It’s no wonder walking away brings a tear to the eye. You feel let down, and in many cases (not always), you’re justified in feeling that way.

My career has had its ups and downs. I was initially declined to attend West Point. I barely graduated. I was delayed in starting Basic Officer Leader’s Course. Two weeks before graduation from BOLC I was transferred to a TRADOC unit where I was stuck in a non-deployable status during the surge in 2007. I went to the career course with zero deployments, whereas my classmates had sometimes two in their pocket. I felt ashamed and severely marginalized.

But I worked through it. Grow where you’re planted right? I was the top LT in my battalion, learned the heck outta shooting Artillery, selected to be an Aide-de-Camp, and applied and was accepted to attend Maneuver Captain’s Career Course (for Infantry, Armor, and at the time SF Captains). If I’d quit at that point I still might have felt something similar to what I described above, but I decided to stick it out for a few more years. I went to Fort Carson (awesome post), deployed right away to RC-East (cowboy country as we called it), and proceeded to live out experiences most only see in movies (some were awesome, some were pretty rough). I came back, had some medical issues I’ll discuss in a different series, then took Command.