Once upon a time, there was a General in the Pentagon who was in charge of all the F-16s in the Air Force and he found out about a very dangerous problem that the aircraft had developed. He brought in experts from Lockheed Martin and the Depot and they met to determine the severity of the problem and what the best solutions were.

He then held a press conference to get the word out about the decision and told everyone not to worry about it and that the problem wasn’t that big. Just go on with business as usual and things would be fine.

Then airplanes started crashing in large numbers. And foreign-owned 16s were crashing as well. The Press began asking questions as did the pilots and maintainers. But the General insisted all was fine and that the experts had everything under control and that he had total faith in their actions.

But more jets were lost and in increasing numbers.

One of the Generals closest experts changed his stance on the issue and said the jets had a grave problem and should all be grounded immediately so that a solution could be found because the issue was more dangerous than previously thought. This reversal displeased the General because it would impact sortie production and contradicted what he had been telling the troops and the public. And so he began discrediting his expert and saying that this expert was often wrong on many, many occasions.

Then one day the maintainers started looking for the problem and began finding lots of different issues and of course, they wrote them up and reported them up the chain of command. The General saw the stats compiled from the reports and directed the maintainers to stop inspecting the jets. He justified his actions to his team with the statement, “If you stop looking for the problems on the jets the reports will look better and there will be fewer broken jets.”

More of the Generals experts started changing their tune and began telling him that there was a serious problem and that he needed to take action based on their recommendations. So he held another press conference and laid out a wide-sweeping plan of action to mitigate the problem and find a fix.

Not long after that, the news media reported that in 2014 there had been a similar issue with the F-15 fleet worldwide and that nothing much had happened and the crash rate was similar to the F-16 and it was just a normal cycle of events and that if left alone it would run its course. 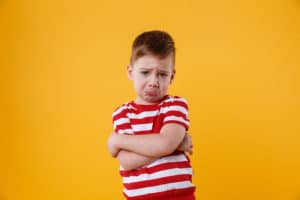 This disconnect of information led some folks wondering who to believe. Was it a real problem? Or was it just the Pentagon trying to spin things to manipulate the budget? The news media jumped on board and the stories flew from extreme right to extreme left. Social media was in flames and people sided off. What was the truth? Who to believe? All the stories conflicted as supporting experts popped up to support every possible view.

Then one day the General had enough. He directed that a mod should be incorporated in all F-16s that would save lots of jets but that he didn’t want to make it mandatory because he wanted maintainers the freedom to fix their jets how they wanted. He said the mod would save lots of jets but his personal F-16 would not get the modification. The result was just more confusion and distrust.

I’m sure all of you know that this is a fictitious story but the guts of it are not. Today we need to know what the truth is regarding Coronavirus and yet most people have been lied to and had facts twisted for so long that they no longer know who to believe. And who is to blame? It’s everyone who lies or omits certain information to suit their agenda.

You see this with kids and adults. Two of your kids get into a fight and each tells their story and any experienced parent will tell you that you got the part of the story that makes each kid look the best. They omit the bad things that they did because they want to look the best and the other sibling to look like a demon. Adults in the workplace do the same thing and in both cases you have to interrogate all involved to get at least part of the true story.

The same holds true with politicians and those in the media. They will leave out critical information that doesn’t support their case or agenda and they will focus only on the items that support their cause. And no matter where your political views lay if you are honest you will admit that this is the case and that you’ve even done it yourself from time to time.

What’s the result of all of this?

The result is that during a time when people really need to be able to trust the government and the media, they don’t. And for good reason. They have been conditioned by contradiction from both sides of the government and media for so long that they just don’t believe them anymore. They see them twisting facts and manipulating things to fit Party lines, personal agendas and cover moral and ethical missteps year after year. And they go to great lengths to cover up for each other. The public sees the hypocrisy in government (and I include military leadership in here too) and the media and they are disgusted by it.

Why is there so much anger and disunity? I think part of it is due to fear because people don’t know who to believe anymore and it scares them. Now you may think you have it all figured out and if that’s the case then good for you. But I sure don’t and what frightens me is that the government and the media may have been crying “Wolf!” for so long that when there really is one, nobody listens.