HomeCultureMilitaryThe Air Force Generation Gap: When the Show Ponies Kill All the Warhorses 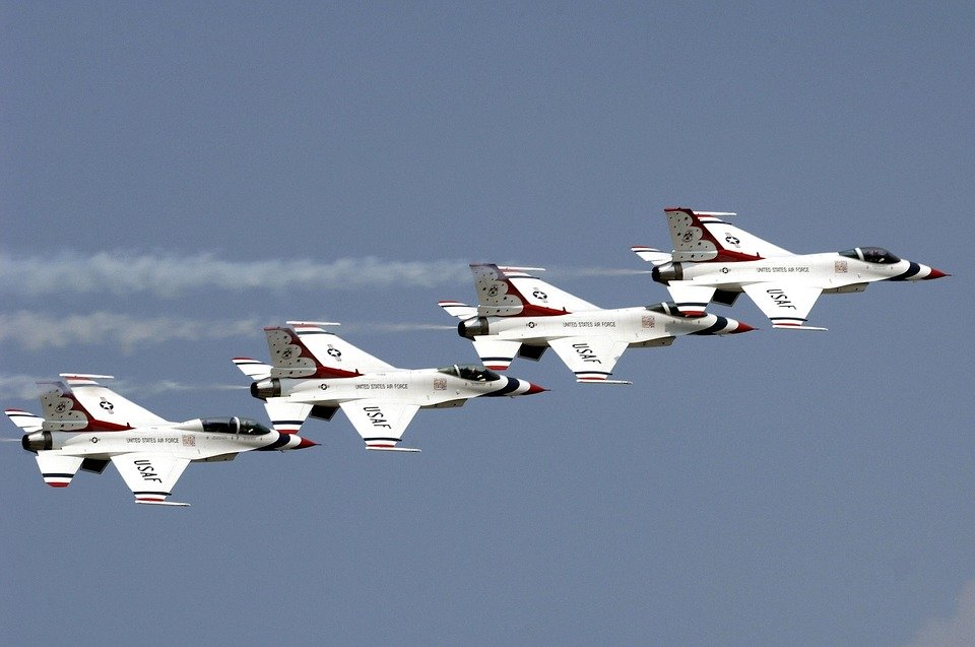 This first appeared in The Havok Journal on November 2, 2020.

A few days ago I stumbled across this post on LinkedIn.

“In an unclassified message sent to the Defense Intelligence Agency workforce last week, the new DIA Director, Lt Gen Scott Berrier, told employees that the agency would be moving to the next phase of returning to normal work, bringing all employees back into the building to work in two separate shifts. Berrier told his employees that the decision was not without risk and that he would ‘own” that risk in the weeks ahead. However, that was not reassuring to some employees, particularly those with families at home. For some, Berrier’s message was also not convincing that the change was necessary.”

One respondent noted: “Yikes, yikes yikes. This is not the way. In office buildings with old HVAC systems and small cubicles separated by plexiglass, some intelligence officers are wondering whether the risk to their health and their family’s health is worth it.”

“I don’t feel protected at all,” said one intelligence officer.

“You’re going to have a mass exodus from the intelligence community,” said another.

And yet another stated, “The exodus has already begun due to a combination of risk, competing work priorities (like childcare), and insane shift work.”

One rather snarky commenter (me) noted, “Hey General, vacate your office and move out into the cube farm with your troops! You will own the risk. Does that mean you will go on a ventilator in place of a sick employee?”

Let’s get real here. Even if the whole DIA workforce was put on ventilators and died, the worst that would happen to Berrier is a demotion to MG and a forced retirement.

Now before anyone goes on a tirade about the reality of Covid, or mask hoaxing, or whatever, just shut your piehole. That’s not the point of this article. But as usual, you will need to bear with me for a bit.

A few weeks ago there was a firestorm in the USAF that ignited on Facebook between the new Chief Master Sergeant of the Air Force, JoAnn Banks, and some folks in the enlisted ranks. You can read the whole gig here.

Here is where the pin was pulled on the social media grenade:

I watched the firestorm on this and it made Dresden Germany look like an outdoor smokers station fire. The offender, whose identity I will leave redacted, became the subject of a meme war. And in all fairness, so did Chief Bass. Honestly, if memes were bullets, every soldier in Red China would be dead by now. I was duly impressed and even created a few of my own to add fuel to the fire.

The following Monday she posted this on her FB Account: “Teammates — I just had a good conversation with SSgt Banks. His question was simple and honest, but having him and a group of people asks it repeatedly across multiple posts was trolling.

I wanted to understand where he was coming from and get his thoughts on how our values should translate into the social media landscape. I hope he feels the same. We are working to build the culture our Air Force needs. To do that the foundation has to be based on RESPECT, and I’m glad SSgt Banks is working with us to get after that.

That respect is a two-way street that doesn’t end when our Airmen decide to engage on social media. I’ve seen a few comments that have been more than a little disrespectful toward SSgt Banks. That’s not okay. That’s not who we are.

Our culture is based on respect and values diversity and inclusion. Let me be clear, the culture we need is not one that we can turn off and on like a light switch. We need people who are all in and ready to get after it. It’s collectively who we are that makes us better.
One more thing…it’s Bass.”

A little while later SSgt X posted a reply that seemed extremely well crafted and had quite a few command catchphrases which led many to surmise that leadership had been the true authors doing damage control.

The short story here is that nobody won and it was a lose-lose endgame for both participants. SSgt X will forever be known as “that guy!” and Chief Bass will always be known as the one who lost her cool.

Some of her subsequent posts condemned those who were creating negative content and told them that it was disrespectful and that it would stop immediately. Around the same time, somewhat “coincidentally” a FB page called Maintainer Humor was reported to FB and within hours, permanently shut down. MH was a closed group comprised of mostly military aircraft mechanics and known to be the most uncivilized people, especially in the Air Force. Dark humor abounds and very little is off-limits. But it was a closed and private group. Without a doubt, this group was the main offenders in the creation of Bass and SSgt X memes, and in my opinion, there were spies in the group who reported the content as bullying and got it shut down.

Not that it matters. Like the Seven-Headed Hydra of Greek mythology, a new group was spawned within hours and a Reddit backup site was created. New members were encouraged to create fake FB accounts to protect their identities if they were still in the military. Now, why would that be necessary? Well for Air Force people it’s because of Air Force Instruction (AFI) 1 -1, and in particular this section:

2.15. Use of Social Media. Airmen interact with individuals through many forms of communication, including face-to-face, telephone, letter, e-mail, text messages, social networking services, and social media. Social networking services include weblogs, message boards, video sharing, and social networking sites, (e.g., YouTube, Facebook, MySpace, Twitter, Google Apps) which are web-based services that allow individuals and communities of people to stay in touch. Compliance with the standards discussed in this instruction does not vary and is not otherwise dependent on the method of communication used. You are personally responsible for what you say and post on social networking services and any other medium. Regardless of the method of communication used, Air Force standards must be observed at all times, both on AFI1-1 7 AUGUST 2012 21 and off-duty. (AFI 31-401, Information Security Program Management; AFI 33-129, Web Management and Internet Use; AFH 33-337, Tongue and Quill; AFI 35-101, Public Affairs Policies and Procedures; AFI 35-107, Public Web Communications; AFI 35-113, Internal Information; www.defense.gov/socialmedia/education-and-training.aspx/).

So in short, you can be prosecuted by the Air Force for posts you make on social media. And yet even with this AFI the criticisms were flowing like the rapids in the Grand Canyon. And the Chief lost tons of credibility with the maintainers, who make up the largest portion of the AF enlisted force.

Now again, my point has nothing to do with whether this regulation is good or not. The connection between the events with Lt Gen Berrier and Chief Bass has to do with a fundamental change that has happened in American culture and therefore also the U.S. military and this change centers on how people view leaders.

Boomers and subsequent generations mostly held to the idea that the boss makes the rules and so I follow them because the boss said to do it. Of course, there are exceptions and I’m one of them. My constant questioning of the status quo and pointing out stupid decisions led to a military career filled with considerable difficulty.

But the current generations do not have the built-in respect for authority that their forebears had.

Strangely enough, the Air Force back in the ’90s enacted a system called Quality Air Force which was based on the civilian system of Total Quality Management. It promoted the idea of gaining consensus from all the ranks before accomplishing a tasking. Of course, it was a colossal failure and cost the taxpayers at the very least in the millions. But hey, some full-Bird got his Star off of it, so I guess it was worth it.

Then around 2010, the AF started giving training sessions about how to handle all the new generations and that we couldn’t expect them to react to directions as the Boomers did. We needed to adapt to their ways of thinking and find new ways to motivate them and get buy-in before a task.

And yet here we are with the following scenarios:

A Lt Gen telling people, “he will assume the risk” and everyone needs to show up for work tomorrow, even though those subordinates know that the technology exists (for the most part) for them to be able to do their jobs from home. And a Chief Master Sergeant telling everyone that the negative posts will stop now and anyone that doesn’t comply will be in hot water. In both cases, it’s, “I’m the boss and you do it because I said so!”

And that’s the crux of the problem. Today’s military enlistee doesn’t believe in that philosophy. They all got a trophy and were all told that nobody else’s opinion is more important than their own. Their attitude is, “So who cares what General so and so says? He’s no better than I am.”

Now I’m sure the Marines and Army do a good job of breaking people of that, but the Air Force is so touchy-feely that they don’t stand a chance. And I’m convinced that senior leadership in the AF is clueless about how out of touch they are. And as long as they continue to rely on Climate Surveys and feedback from Officers and Senior NCO’s, they will remain out of touch and ineffective.

What needs to be done? Well, I could tell them, but they aren’t interested. The status quo is working just fine for the Show Ponies because they killed all the War Horses.