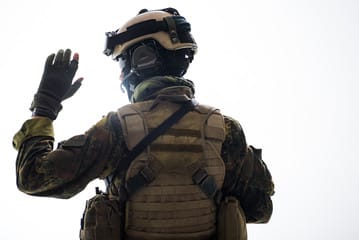 “The elephant in the room”

Lately within the United States military, there has been much discussion and debate centered on discipline… or lack thereof. In fact, discipline is a major issue that the Department of Defense seems to have neglected since the beginning of the Global War On Terrorism. This stems from many different facets but begins with the screening process for entry-level recruits and continues up through the upper echelons residing inside the Beltway. The appalling lack of discipline is evidenced by the fact that within every branch of the military there has been an uptick in the number of scandals, discipline problems within the ranks, and even war crimes. This is due, in part, to something I call the “Armstrong Approach.”

First and foremost, we must understand we have the world’s most technologically advanced military, one that is light years beyond our peers. We have some of the finest men and women in uniform. Yet, it is the institutional inbreeding that could become our demise. We have the “Lance Armstrong” attitude that we will win no matter the cost, and even when we undermine our own leadership. This attitude threatens to implode our nation. The “Armstrong Approach” deceives at every level about the status of programs with one goal: personal gain. With the increasing number of scandals that rock our military and even our Veterans programs, I lay this responsibility squarely on The Secretary of Defense, The Joint Chiefs of Staff, and the Secretary of Veterans Affairs.

The “Armstrong Approach” existed long before 9/11 but became noticeable when GWOT kicked off with Task Force Dagger hitting targets at an unheard-of pace. A lot of controversies spewed from Tora Bora regarding the operational mindset of the commanders, which at the time seemed to be “Cry Havoc! and let slip the dogs of war”. The operational pace didn’t slow down after Anaconda; to the contrary, with the invasion of Iraq on the horizon, the machine was just getting going. Operationally, to use a civilian term, we were surpassing our production value, and in 2003 launched another campaign.

Since the early days of the GWOT, there has been an exponential growth of our warfighters contributions; of course, they were going above and beyond. Of course, there were increasing acts of heroism and valor through what Tom Spooner calls “love of another man.” More and more young men and women made the ultimate sacrifice. This operational tempo was too much for many exceptional soldiers, and they started to burn out. Many resorted to institutionally learned behaviors and began self-destructing.  Seeking to manage their anxiety, save their marriages, or avoid additional combat, many members of the military were driven to resign or retire.

To fill the holes left by our departing warriors, we substituted standards for results and our ranks grew thin. I was at the epicenter of this rush to fill slots and bring numbers up, and I watched first hand as commanders of the Initial Entry Training Brigade made it harder to weed out personnel for behavioral and performance issues.  As one extreme example, we were told to graduate a trainee who had failed Basic Rifle Marksmanship… and that score was higher than his Physical Fitness Test score. Let that sink in. Nor was the push to “find warm bodies” combined to initial entry training; even our Special Forces added an additional Battalion to each Group in order to support the increased operational tempo.

The “Armstrong Approach” goes from the bottom of the military to the top. In every branch, the standards were dropped across the board in order to appease the administration and their political demands. This irreversible mentality, created by disloyal leadership and incompetent management, sowed distrust throughout every subordinate in the ranks. The Effect also manifested itself in leaders stabbing each other in the back in order to be recognized as the one individual that deserved the Bronze Star for “Service” and not “Action.”  And of course, we saw an explosion of scandals that eroded integrity, the very cornerstone of our country’s military.

Perhaps the most notable of these scandals was Ret. General David Petraeus and his affair of love and lies, which ended up costing him the prestigious position as Director of the Central Intelligence Agency. Others such as “Fat Leonard” and a whole fleet of high-ranking Navy officials went down as they made deals with prosecutors. There was an Air Force Col. that gallantly took an F-16 out on a date night with a woman with whom he was having an affair. He might as well have drawn a sky-penis, this might have kept the pilots that were reprimanded last year on deck.

There have been multiple scandals within the DOD that are even more serious, and have more seriously weakened the armed forces. These scandals are due to issues ranging from negligence to mental dysfunction to a desire for personal gain. In the case of Bowe Bergdahl, the U.S. Army allowed him in the service with a known mental health issue. His actions cost the lives of service members during the search and rescue for him following his disappearance. Bradley Manning purposely leaked thousands of documents that potentially cost the lives of informants the U.S. relied upon for intelligence. Later he would claim he was suffering from gender dysphoria, a mental illness. More stringent recruiting standards would have prohibited these two from joining the military., but because of the ‘win at any cost” nature of the Armstrong effect, we welcomed them in with open arms.

The list of scandals continues: Special Operations Chief Edward Gallagher was blindsided by blatant insubordination by his own teammates over questionable killings. Two more members of Gallagher’s unit, along with two Marine Raiders, murdered a 3rd Special Forces Group member in Africa. The Navy wasn’t the only one with its Special Operations members conducting illegal activities. A member of the 7th Special Forces Group was picked up for drug trafficking and smuggling of a controlled substance.

SSG Robert Bales was convicted and sentenced to life for his part in one of the worst war crimes ever committed by a U.S. Soldier. He was alleged to have murdered 16 innocent civilians after he snuck off his post in the middle of the night. This is in stark contrast as to what Special Operations Chief Eddy Gallagher is being accused of, which is killing combatants in unorthodox pursuit of high value targets on “capture or kill” lists. Within the Marine Corps, there was a scandal involving a sniper team that had been videotaped urinating on dead corpses of Taliban fighters.  And the list goes on, and on, and on…

Given the current situation, we must ask: Where has the accountability gone? Where is the oversight, and who is ensuring that we’re adhering to law, values, and our Constitution while we strive to fight and win our nation’s battles?  With all of the scandals, issues, and bad choices happening in the military right now, maybe we need some kind of tactical pause and get rid of the “Armstrong Approach” once and for all.

Grossman, D. (2009). On killing: The psychological costs of learning to kill in war and society. New York: Back Bay Books.

Chris is from Spokane Washington and the oldest of nine siblings. He graduated from Mead Senior High school in 1998 and enlisted into the United States Army. He graduated from basic combat training at Ft Benning Georgia, and immediately was assigned to the 101st Airborne Division, which he later was selected to the Pathfinder Detachment which specialized in long-range reconnaissance, Airborne operations, insertions, extractions, pilot recovery missions.

After watching the attacks on the World Trade Center he immediately reenlisted and deployed to both Afghanistan and Iraq. His last tour was in Afghanistan in 2012 and he received a purple heart for sustaining injuries during a combat operation and later medically retired. Chris is now living in Texas and working in the Oil and Gas industry, He has two daughters that he considers his saving grace. He is also attending the University Of Texas, with a focus on Business Management.