HomeCultureHow Much of What Happens at War Should Stay at War? 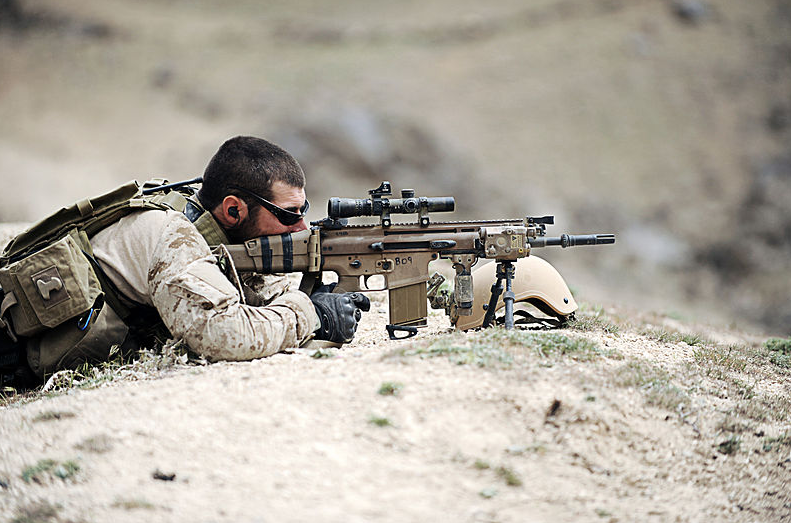 This first appeared in The Havok Journal on October 24, 2018.

Earlier this week, the Navy Times broke the story of Special Operations Chief Edward “Eddie” Gallagher, a well-respected SEAL of 19 years, charged with multiple war crimes connected with the 2017 stabbing death of an Iraqi detainee.

The story, with commentary released by his representatives to the media, details how Gallagher is looking to pursue a civil rights lawsuit against Naval Criminal Investigative Service (NCIS) while he faces charges of murder, aggravated assault, obstruction of justice, and professional misconduct. Because the military judge has sealed most evidence and placed gag orders, little is known of the specific allegations.

It seems certain, however, that Gallagher and his family were treated poorly by NCIS. This allegedly included his children being pulled from the house at gunpoint, in their underwear, while his wife was away from the home; and himself being arrested while he was undergoing a special treatment program for PTSD and TBI for which he had waited a year to enter. As one former SEAL who grew up in Communist Poland and with knowledge of the case told the Navy SEALs Fund, the treatment of Gallagher and his family by NCIS was so abhorrent that “I have only heard about such things from my mother and grandmother who survived Nazi occupation in Europe, recounting to me how Hitler’s Gestapo treated occupied, conquered nations.”

The situation is serious, and the circumstances dire. According to the Navy Times report, “Multiple criminal defense attorneys, senior military commanders in the Navy and several special warfare units told…that the ongoing war crimes probe isn’t focused solely on Gallagher but includes more than a dozen SEALs who also deployed between 2017 and early 2018 near what was then Islamic State-held Mosul, Iraq.”

Still, according to Gallagher’s legal team, their own independent investigation has led to the clear-cut conclusion that “a crime simply didn’t happen.”

The Navy Times report goes on to state that central to Gallagher’s case is the question of “whether he and other SEALs rendered first aid to the wounded Islamic State fighter, or if they executed him.” A curious consideration given that these two matters are not related, says one SEAL currently serving overseas: “failing to provide medical aid isn’t execution, and isn’t punishable.”

Many prominent and well-regarded members of the SEAL community have since stepped forward on private social media channels to stand behind Gallagher. Two charitable foundations have stepped up to raise funds in support of his defense: The United American Patriots and the Navy SEALs Fund. Meanwhile, Naval Special Warfare takes an officially neutral stance on the matter, as their spokeswoman Cmdr. Tamara Lawrence told Navy Times, “Naval Special Warfare strives to maintain the highest level of readiness, effectiveness, discipline, efficiency, integrity, and public confidence. All suspected violations for which there is credible information are thoroughly investigated.”

Meanwhile, as Gallagher’s story was taking center stage in the SEAL community, another drama was unfolding last week as Buzzfeed broke the story of a targeted assassination program in Yemen, carried out by former members of Special Operations Forces (including SEALs) who had been hired as mercenaries by the Spear Operations Group, founded by Hungarian Israeli security contractor Abraham Golan.

The fact that this all happened at around the same time brought the broader issue to a head:

How much of what happens at war should stay at war?

War crimes are real, and not to be scoffed at. The My Lai massacre in Vietnam, when 26 US troops were charged with criminal offenses that resulted in the deaths of anywhere between 347 and 400 Vietnamese noncombatants is nothing to be taken lightly. In the case of Comstock and Golan, the issue is raised of the moral and ethical legalities surrounding the military-style operations of contractors overseas.

But when it comes to members of the U.S. armed forces carrying out their official duties overseas—as was Eddie Gallagher at the time that these alleged events occurred—there is another side to the issue of war crimes that enters a murky ethical area—a space that most civilians would not want to inhabit.

War is killing. In all forms, it is an innately brutal act. War without violence isn’t war; it’s diplomacy. Maybe a strongly worded conversation or summit. What war is not—what it is never—is nonviolent. Throughout history, for thousands of years, this has necessarily and by definition been the case.

There is another important thing to remember.

War carried out by our nation is violence authorized and condoned by our nation: from the federal government to the taxpayer. United States Special Operations Forces, across the board and across branches of the military, are tasked with carrying out the most sensitive of these operations in hostile, denied, and politically sensitive environments. They may be clandestine, low visibility, or conducted with and through indigenous forces. Whatever the case, these unique circumstances—inherent to work in Special Operations—carry with them a high degree of risk and uncertainty. Past efforts to create rules of engagement that make war more “ethical and moral” have served to do little more, in the assessment many warfighters, than make their own jobs more dangerous. There are far more subtle and tactical ways of approaching enemies than the ROEs of recent years may have at times permitted—but this is not to say that the public, the media, or even NCIS always has the stomach for them. Clearly, based on the way that NCIS treated Eddie Gallagher and his family—they do not.

In the past week, private stories surfaced of things happening in war that the civilian population—laws and ethical consciousness included—has had difficulty grasping. Clandestine matters that should have stayed that way. Stories that were perhaps misconstrued. In a community where many men’s own wives will never know the fullness of what goes on “in a day’s work,” it seems incomprehensible that a reporter or investigator—or even, in the case of Eddie Gallagher, an NCIS team with enough of a chip on its shoulder to drag his children from the house at gunpoint–could grasp those subtleties and make sense of them in context.

I’ve never been to war. I do know many people who have. They don’t tend to talk about it with anyone except each other. This is to be expected. And it’s not just true of the Special Operations community; this is a common trend among combat veterans that spans all divides of age, conflict, gender, or branch of service.

Why is this the case?

Because there are things about war that are impossible to explain. I believe that, when it comes to war, “You had to be there” is an absolutely valid description.

And when it comes to things that happened at wartime, we have to trust the people who were there, believe in their integrity, understand that they may have had to do things that we personally may find morally repugnant in the name of their own or someone else’s survival, and leave it be.

The message  is clear: don’t ask us to do an impossible job, and then persecute us for doing what it takes to get it done.

There is no such thing as a moral war, or a just war, or a nonviolent war. We fight so that we can live moral, just, and nonviolent lives at home. And when it comes to some matters, those that happen in the shadows should remain in the shadows. Sometimes, it is just better not to ask. If we believe in the mission, and we believe in the Americans we have tasked with carrying it out, when we dig and then pass judgement on their actions—the fullness of which we will never know, let alone completely understand—all we are doing is making it more difficult than it already is to do their nearly impossible—but utterly necessary—jobs.

Those who wish to make a contribution in support of Eddie Gallagher and his family may do so here. [Editor’s Note: Eddie Gallagher was found not-guilty of murder in July 2019.]

Dr. Atalanta is a writer, USA Boxing athlete, combatives instructor, philanthropist, and veterans’ advocate who is passionate about helping veterans tell their stories. Her latest project is an upcoming book with JC Glick, “Meditations of an Army Ranger,” but past clients have run the gamut from former SEAL Jeff Boss (author of “Navigating Chaos”) to the President of Floyd Mayweather’s $100m Money Team Brand. Dr. Atalanta is a sought-after commentator in the fight world on the topic of women’s personal defense, and she is available for booking as a Speaker-Buzz keynote speaker. For more information on how Dr. Atalanta might be able to help you turn your ideas into a book, please visit www.aliceatalanta.com.