HomeCultureMilitaryIn Special Operations and in Business, Success is Dependent on One Skill Alone 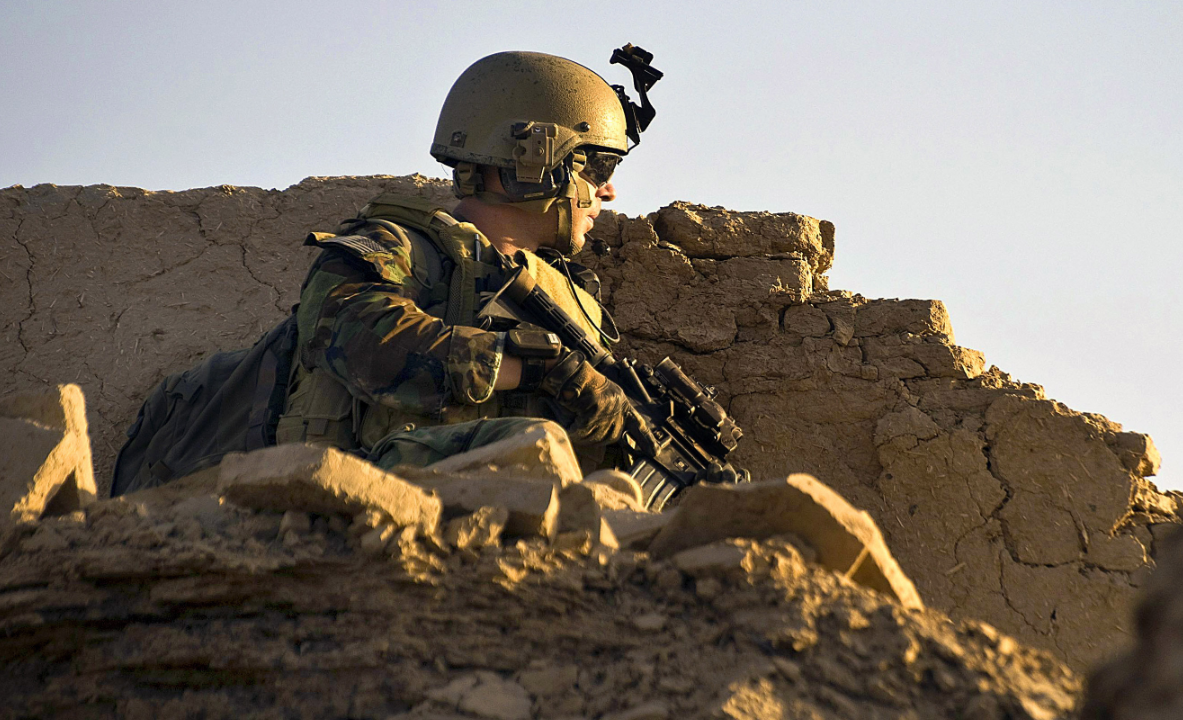 Doesn’t matter whether conducting business or Special Operations, there are quite a number of difficult tasks which must be accomplished simultaneously, each with its own requirements and needed skills and experience. There is one task however which in all environments, and regardless of the depth of one’s skills and experience, seems to be the very most difficult. Perhaps it is simply a matter of how humans are put together psychologically, the Id.

Far above physical and intellectual capacities, Special Forces selects for a single trait alone. Sociability and relationship management are absolute requirements for the success of any endeavor, the ability to work as a member of a team and to find and build upon consensus even when confronted with hostility. Self-motivation and self-starting are the other essential requirements, particularly when confronted with little more than a simple mission statement. Neither however is as important as the one trait Special Forces selects for and builds upon in all of its many schools and courses, and that is the ability to listen.

While it is easy to ask the question of what makes listening so difficult, the answer is actually not so simple. Quite often the listener is not listening to comprehend but simply waiting to respond in order to further their own agenda or to simply get away to proceed along their own trajectory. While most often the case, this is not however the only difficulty when listening.

The following is a non-exhaustive list of the primary causes of listening difficulty:

·       Finding the speaker attractive or unattractive

·       Preoccupation and inability to focus

·       Identifying rather than empathizing

·       Sympathizing rather than empathizing

The reasons why listening is the very most critical skill of all is not as obvious as would readily appear. Most assume it is the importance of good listening to the establishment and sustainment of relationships, which are so incredibly important to success. And they would not be wrong. However, there is a far greater reason why true listening, single focus attention across more than simply information exchange through communication, is absolutely essential.

Perhaps the difficulty in identifying the most essential reason for listening has to do with the word itself, which implies auditory input rather than the broader sense of the concept of listening. Though in truth, the auditory is to hear and not to listen. Rather than using to listen, perhaps the best term may well be to pay attention to which listening is an all-critical component, but not the only component.

The success of startups and Special Operations alike is far more heavily dependent on active listening – paying absolute attention – than on any other single attribute or skill. And is far more critical than for established organizations and conventional forces which have substantial information sources and processing systems and which benefit from the ability to make and recover from mistakes.

Primarily this heavy reliance on listening is due to the limited relationships, established structure and systems, greatly constrained resources, and far lower degrees of overall clarity, collectively resulting in far higher orders of Risk and Uncertainty experienced in startups and Special Operations. And it is due to the fact success in these environments is heavily dependent upon early recognition of the subtlest of signs and signals, which are rarely, if ever, obvious or readily visible.

Applying equally well to startups and Special Operations, Jamie Walters and Sarah Fensen state in their 2000, Inc. article, Want to Be More Affective? Learn to Listen, “[l]istening well leads to better relationships with employees, vendors, strategic partners, and clients. And as everyone knows by now, good or bad relationships have a direct impact on an organization’s bottom line.” The authors go on to provide guidance as to how to improve listening – paying attention:

·       Demonstrate your full attention by leaning forward slightly, focusing your eyes on the speaker’s face, and trying not to fidget or glance away too frequently.

·       Follow the golden rule. Take a moment to realize that every person is important and deserves your attention. How does it feel to talk with someone who doesn’t seem to be listening, or be ignored or treated disrespectfully?

·       Don’t tune out because you disagree. You just have to listen and understand, not agree.

·       Don’t jump to conclusions before you’ve heard the whole message.

·       If you find yourself reacting to what another person says, your body language will communicate your reaction. Try saying, “You can probably see I’m reacting a bit, but it’s important to me to understand your point of view. Please tell me more about it?”

·       Ensure your understanding by saying something like, “I want to make sure I understood you correctly. You’re saying?” or “So your concern (or idea) is?”

The ability to pull large volumes of information and inference from even the smallest subtlety, more often than not from indirect and incomplete information, often from hostile sources, is absolutely essential to the success of startups and Special Operations alike. Special Forces selection almost solely selects for the ability to pay attention to the smallest detail and to develop a comprehensive strategy on such detail. With decades of experience doing just this, SF has substantial processes and methods by which to identify those with this ability and to first force them to prove and then to further develop such.

As an investor in very early-stage startup companies, most often in first-time entrepreneurs, it is a much more difficult task to identify those who can and actively do listen. Particularly lacking the opportunity to take the founding team through such a process as Special Forces Assessment and Selection. Despite that this ability far more than any other is absolutely essential for the success of our investment. Having been a young entrepreneur who himself did not listen so well, and went on to fail in his first venture because of, and having met with hundreds of startup teams across the US and Asia, there are some signs of recognition here and there.

However, for the most part, there is no other way to ascertain the listening capacity of the entrepreneur than through subtle statements, often obliquely stated, at times in an adversarial manner, while at other times striking out at the entrepreneur with a hard truth, to mentor but more to gauge whether the reaction is from thought or emotion. Most investors, major clients, or partners/allies will not test the entrepreneur to the degree we at Emerio do, and will simply look for telltales the entrepreneur is listening to, and if they find them, possibly proceed, and if not, simply walk away.

So what is our advice for new entrepreneurs? Know every aspect of your product, team, and market, including obvious and not-so-obvious competition, and constantly keep abreast of everything related to what you are attempting to do. And don’t for an instant believe there is anything like an innocent or simple question, statement, or comment in business. Be aware that even the most innocent, personal, or utterly unrelated question, statement, or comment is a probe of both your ability to and your having listened.

This first appeared in The Havok Journal on October 11, 2018.