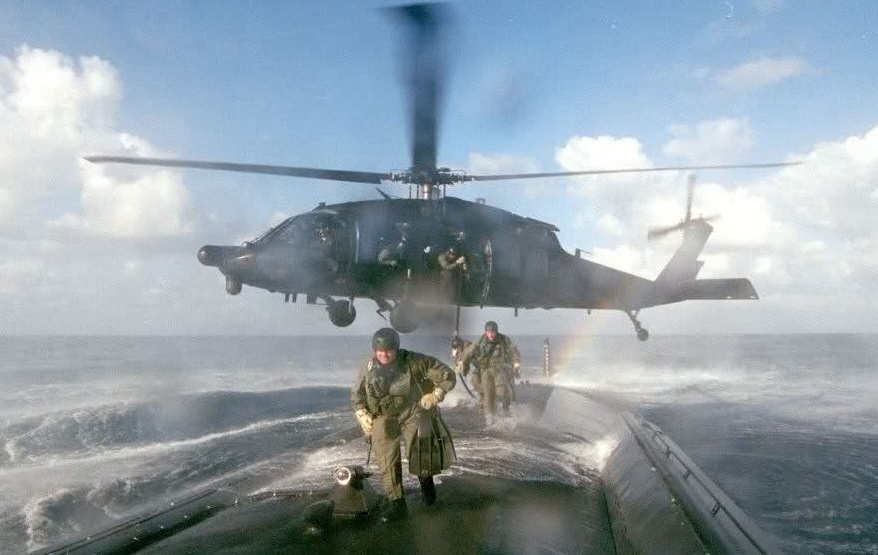 Accountability: it is considerably difficult in today’s globalized world to know what the real cost is for the mistakes the individual makes, mistakes are most often simply the emergent result of personal biases and, whether known or not, the current needs of the individual.

In the startup world, other than the possible failure of your company, there is no real understanding of what the full cost is for making mistakes derived from these same biases and meeting immediate needs. That is not to state startup teams are not far more aware of the cost of poor decisions than the corporate world or government writ large.

While startups are much like a Special Forces ODA while serving in Special Forces the price for poor or bad decisions is almost always much more obvious, however. This is due to the fact, a mistake while your team is conducting a movement in enemy territory or when engaged in a firefight, will most often lead directly to the death of teammates and attachments if not yourself first, and at times mission failure (which is critical but secondary to the loss of life).

While the members of the Special Forces Regiment are acutely aware of the cost of their mistakes on the battlefield, and while startup teams are more aware than their corporate cousins, at Emerio we often find many startup leaders completely fail to understand the real cost of bad entrepreneurial leadership decisions. There seems to be no recognition of the wealth, and thereby the quality of living for those involved, reduced if not destroyed outright through poor or bad decisions.

This failure to understand, or often, to even know one has failed in a critical personal decision is not completely the fault of the individual but rather seems to be the result of a shift in responsibility in the modern world. In the modern world where no one is really responsible anymore, rather society and external forces are to blame for individual failure. Thereby removing any responsibility from anyone really, except those few who are actually trying to do the right thing.

As uncomfortable as it may be to accept, we are living in a time in Western Civilization where, for the most part, no one any longer seems to be responsible for their choices and actions. We’ve come to this state through decades of seeking to include everyone, in the form of establishing academically rigorously defined tribes and sub-tribes, each a minority to be protected and cosseted. Each a political electoral force to be tapped into and thereby supported with all the vigor of government. A great fragmenting of humanity rather than unification.

This state of modern Western Civilization has arisen from three fallacies, as identified by Stephen Pinker in his seminal book, The Blank Slate: The Modern Denial of Human Nature (ISBN: 0-670-03151-8), in which Pinker, a Harvard psychologist, articulates human behavior is substantial, if not almost solely, shaped by evolutionary forces and evolutionary psychological adaptations. At their most basic the three fallacies are defined as the modern world’s acceptance of the following lies:

The sum result of these three fallacies and all their many convoluted permutations through all aspects of modern Western Civilization is collective insanity. Where the individual can and does see the truth of things right before their very eyes, but is not cognitively allowed to call what is for fear of accepting one or more of the three fallacies as just that, a fallacy. And thereby creating cognitive dissonance and receipt upon the label of bigot of one fashion or another. Making it nearly impossible to make the really hard decisions necessary for mission, startup, and success.

There are two arenas remaining, however, in the modern world, in which these three fallacies are seen for exactly what they are, false idols. The first of these is Special Operations, where SOF Operators are out in all corners of the real world, at all times, forced to apply critical and fallacy-free thinking in order to survive all the while actively seeking to establish some form of stability out of chaos. The other is actually startups, where even the slightest failure and the unacceptance of this failure’s root cause dramatically impact the success of the venture, often leading to its premature demise. The best startup founding teams are well aware of the great fallacies and their ripples in their organization and work ceaselessly to balance these fallacy-driven decisions so as to prevent failure. This is a herculean task, most startup leaders are not well prepared for.

In Special Forces, when in the team room, many individual fallacies are accepted by each individual on the team. No judgment is made as to who the individual believes they are, regardless of whether anyone else on the team believes the same. Everyone has their own psychological need to see themselves in a certain way, even if there is no real basis for this view of self. However, the moment the team deploys, regardless of the mission, tasking, or environment, all acceptance of anything other than Truth with a capital T is thrown aside and only the cold hard facts of stark reality are allowed. Anything other than this and the team risks losing lives and failing the mission.

While a bit more accepting of individual vision of self, the successful startup is very much like Special Forces, in that holding to illusions of Truth leads to nothing but failure. And when an integral member of the startup team arrives at an error in judgment due to adherence to one or more of the great fallacies fostered upon modern civilization, it often means the end of the organization itself and the destruction of wealth. Which quite literally negatively impacts every life that the venture touches. This is not to imply failures in judgment will not happen and cannot be survived. Rather, it means failures in judgment that were based on reality can often be survived, while failures in judgment related to an artificial view of reality cannot.

There are a few tips however the startup world and startup teams could take from the Green Berets (Special Forces) with which to address reality and thereby improve the ultimate chances of success of their respective startup:

Human motivations, individually and collectively, are vastly more complex than any individual can imagine – Life, existence, and the very nature of competition and combat at the heart of all human endeavors and how such play out, are far beyond the individual ability to comprehend. The best can be accomplished, is the team collectively identifies the reality of its competitive space as a composite of individual beliefs tested against the reality of successfully penetrating your market. Meaning, only the battlefield of your market dictates reality, not your refusal to obviate your own biases;

As a startup leader, be honest and humble and know that every single decision you make either adds to or takes away from the collective body of wealth. Wealth, which once destroyed, is truly destroyed and thereby no longer capable of being employed to the betterment of standards of living for the many individuals and families supported by this wealth. And those entrepreneurs who have come from Special Forces, Special Operations, and the military as a whole, understand wealth is not an endless supply of higher provided budgeting, supplied to those with good ideas. The world is awash in good ideas. What is in short supply is fallacy free thinking and leadership.

And for all those either in our portfolio or looking to join it, understand current wealth is a finite resource that must be applied only exactly where it will realize real and not fallacy-imagined returns. And know that growth is only realized in the realm of existent reality, fallacy-free reality, the stark reality of the battlefield of the highly complex and interdependent global economic engine.

This first appeared in The Havok Journal on November 7, 2015.