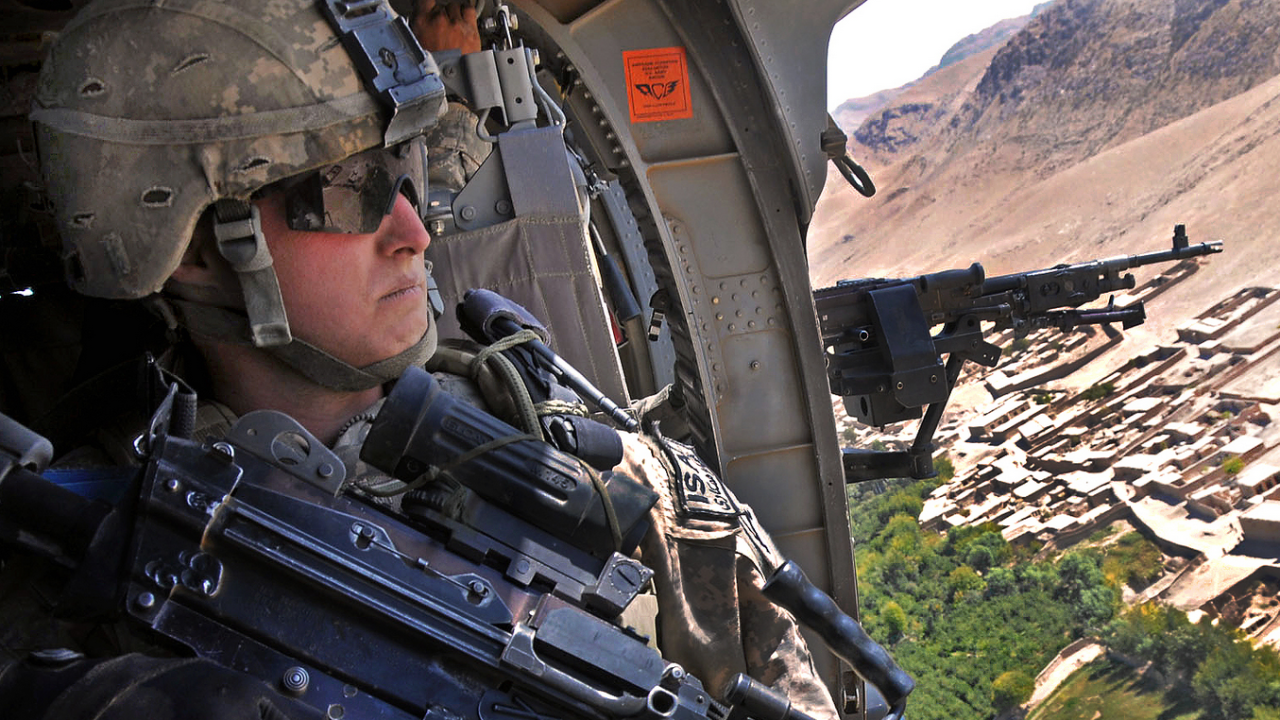 by Jeff Marshburn (US Army, Ret.)

It ended not with a bang, but with a simple closing of a door and driving down a road that I had called home for more than four years. After nearly three decades of service to our amazing country, I was “retired.” That word alone felt foreign on my lips… retired. I was far too young to be retired. My grandfather was retired, and my Dad was still working, how could I be “retired?”

During the mandatory transition classes, we had been told not to use the word “retired” during job interviews, rather we were supposed to say we were, “transitioned veterans.” Somehow that makes it seem so much different as though a simple change of phrasing can truly make a shift in our own personal journey from professional warfighter to… what?

I had been planning this transition for nearly three years, if anyone was ready, it was me. I had officers that were more senior to me seeking my advice on the transition process, how to navigate the local G-1, how to write a decent resume, and where I was getting my leads for future employment. I had prepared myself and my family, I knew the time was right.

Then it happened. I had the obligatory ceremony where as much as I told myself to keep it together, I could barely speak as the flood of emotions washed over me. I had a good job lined up, working in the financial sector for one of the biggest banks in the world. Everything was on track… that should have been a clear warning.

During my first few weeks in this completely new world, I tried to adjust to everything around me. My family hadn’t joined me yet so it gave me time to figure out how to do PT, how to understand that you really do have to raise your hand and draw attention to every single thing you do, or the assumption can be that you are doing nothing at all.

As others have done before me, I tried hard to put my service into context. I spoke to other veterans at my new job, and they all spoke about an adjustment period that was difficult, but eventually, they got through it. I had non-veterans tell me that they appreciated my service and thank me for the sacrifices I had made.

This all got me thinking long and hard about sacrifice. What had I really sacrificed, and what did that sacrifice mean to me, the brave Americans I had served with, and what did it really mean to my new (and very non-military) community? It started to dawn on me that we can’t fully understand the sacrifices we made while in service we are “transitioned” and trying to find our way in a strange world that doesn’t understand what our service truly means.

As service members and veterans we often get thanks for our sacrifices. These heartfelt moments generally happen around Veteran’s Day, Memorial Day, Independence Day, 9/11, and any of the other times that we pause to recognize those who have sacrificed for our way of life. I do not doubt the sincerity of those extending their thanks, though I do now question whether or not we (those being thanked) understand the sacrifices we have truly made. Is it all about those dearly departed battle buddies, lost to the fog of war?

Since my own transition, I have begun to view sacrifice from a very different perspective. On one hand, you have those who, as President Lincoln famously said, “gave their last full measure of devotion” to a cause greater than themselves, perhaps one that they didn’t even understand or fully agree with. Those men and women are a national treasure, and I am in no way speaking ill of those ultimate sacrifices.

What I have come to wrestle with is almost a PTSD-esque part of the sacrifice that goes unaddressed and often may put our veterans in more precarious positions than intended. When a person transitions out of the military, especially after serving an entire lifetime, they enter the civilian world as a complete neophyte. We don’t know how to see a doctor (what do you mean there’s no sick call hours!?), many struggle with finding a fitness regimen to stay healthy, and many can’t seem to find that cultural fit that was such a part of their identity while they were in uniform.

Add to that the other layers of the sacrifice made over decades of service. If you served 20 years in the enlisted ranks you could retire at about the age of 40, and as an officer at about the age of 45. When you move to a new area (for those that don’t “transition” into a waiting job in the same organization that they just retired from) you are of the age where most of your now civilian “peers” have established lives. They attend a church that they have been going to for a very long time, they have moved on from their starter house to the house that their kids will grow up in, and they have well-established networks of friends.

Compare that to the recently transitioned veteran. Although this last PCS seems similar to any other PCS, there is nothing at all similar. There is no welcoming unit and sponsor to show you the way. There is little chance that the veteran or their family can reach out to others in the new area who have the same cognitive framework for understanding the unique needs of this family.  Instead of having grown into a neighborhood, the veteran’s family is starting from near scratch.

All of this takes a huge psychological toll on the veteran and his family. The spouse, used to having spouses in similar situations, finds tight-knit cliques that can be hard to penetrate. The veteran’s children, though the most resilient children on the planet, are suddenly thrust into a school where they are among the very few truly “new” students. The veteran himself goes to a job with very few people who have an understanding of what he has done or been through, especially in this time of persistent conflict.

Businesses do a great job at doing their very best to understand what their veterans’ skills are and how to adapt the veteran’s much-needed leadership and decision-making capability to their business, but in the end, most of the jobs out there are there for a very specific reason – to create the greatest value for their shareholders, a purpose that can be very foreign to a veteran.

All of this leaves veterans frustrated and suddenly unsure of themselves. The sum total of their sacrifice now becomes apparent. Their sacrifice was not just in the fallen comrades, and the blood, sweat, and tears left on faraway battlefields, but their sacrifice of being constantly on the go, moving every 2 to 3 years, being able to rely on the amazing peer-to-peer support networks at every military base, and generally not truly establishing a true home for the veteran and their family now threatens to derail their sense of sanity.

Most veterans pass through this, some struggle and hop from job to job and city to city until they find their “fit,” while others descend into the darkness of depression and self-destructive behavior. The lines get blurred on what is sacrifice, survivor’s guilt, and depression.

So how does my story end up? Well, I’m not in the financial industry where I started after retirement, and I’m working on my third job in 18 months. I embrace the challenge and look forward to seeing the future come into view. I must honor those who sacrificed for me, and those who have sacrificed because of me, and only in that will this veteran find his true path.

This article first appeared in The Havok Journal on July 6, 2017.