HomeCultureMilitaryReflections on Leadership from a Retired Canadian Army Sergeant 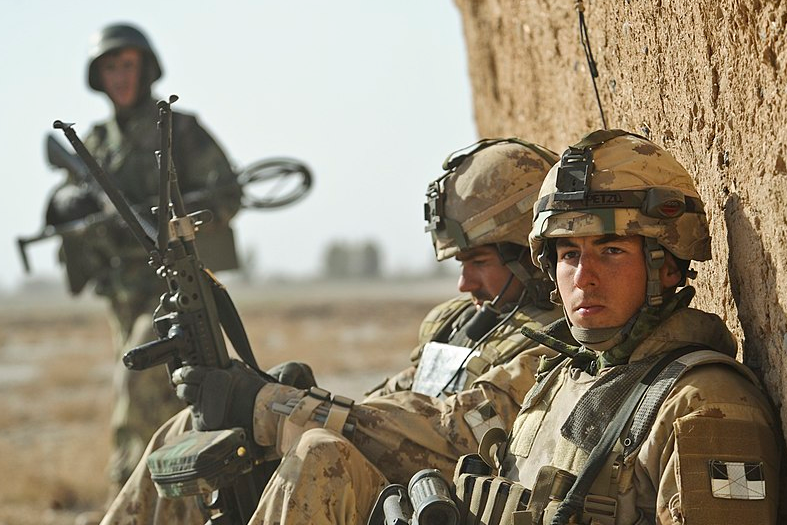 Let me start by saying that leading troops was the greatest honour in my military career.

The Canadian Armed Forces (CAF) has principles of leadership and every good leader should know a few of them. Maybe not be able to spout them off from memory, but a few should stand out to them and they should strive to act upon them.

Throughout my 25 years in uniform, I had some great leaders and some not so great bosses. I tried to take a little from all of them and create my own leadership style. Take the good and run with it and take the bad and say: “I am never gonna be like that.”

That was how I rolled.

Be forewarned I am going to name names here. Starting with Chris, my first CSM. When I got to battalion, within one week and he was doing room inspections. He looked in my fridge and saw I had no beer in it. His comment: “Gonna be some beer in there this Friday, right Private?”

My response, “Yes Sir.” He commented he may stop by for one. That Friday afternoon, I had beer in the fridge and sure as shit the CSM stopped by and had a beer with my roommate, a couple of troops, and me. From that day on he knew my first name and always took time to stop and chat.

Fast forward 20+ years and I happened to run into him on a rifle range. I hadn’t seen the man in forever. He walked over, shook my hand, and said, “Hi Jay” and proceeded to introduce me to the director of Army training for CAF. He explained to the Col that this is the kind of guy we need to recruit for training new marksmen pointing at me. From him, I learned to know my troops and promote their health and welfare. He is a leader I would follow through the gates of hell!

The flipside to him was my platoon Warrant, “Gizzy gazoo”–not his real name. The Airborne was looking for fit troops to take the jump course and join their ranks. I volunteered. I wanted to jump out of airplanes and be the pointy end of the spear. He wouldn’t submit my name because I was “too new to the army.”

Even after a great NCO MCpl Wayne (jumper) told him that I exactly what the Airborne wanted, young fit troops that they could mould into paratroopers. Nope, he was gonna hold me back until I took a cycle of training in the battalion like a driver’s course or something to that effect. I vowed then and there to never hold my troops back if they wanted to better themselves. No good leader should fear their troops wanting to self-improve or being their own best career manager.

I could name names all day long giving good and poor leadership qualities. I took from all of them, one consistent quality the good leaders had was the smarts to know that they weren’t the end all be all. They recognized their flaws and worked at improving them.

From them, I learned to surround myself with people smarter than me, not necessarily “book smarter” but smarter in their own right. If you are building a team, get the best to help fill out that team. Building a rifle section? Get the best damn machine gunner you know and employ him as such. Need a second in command for that section? Find a troop who is good with administration. You get the point.

Now take the best and cross-train them. Let that machine gunner train the troops on the theory of machine gunfire. The troop that is a rock star with admin, get them to show the troops how to fill out proper forms and requests. Sit in on those informal lectures, improve your own skills. This way the team becomes better.

When you are in charge of something, the buck stops with you. Success is shared with the team that made it successful. Always give credit where credit is due! If there is a failure–it is your failure. Don’t ever make excuses or blame your subordinates for a failure on a task assigned to your team. What troop wants to work for a person who blames them for a failure in leadership?

Troops want to work for a leader who praises them and accepts responsibility for failures. A phrase I used with my troops was ‘the harder you work with me, the harder I will work for you.” I wholeheartedly believe that too. As a leader, you work for your troops. They work with you and you work for them.

One of the greatest successes a leader can obtain is when a troop you trained or mentored passes you in the chain of command or leaves the military and goes on to do great things in civilian life. This can be a peer too. A peer that you helped goes on to be a great leader. I take pride in knowing that through a crap ton of hard work and dedication on her part, my great friend “FTP” is now a CSM and killing it as a great leader. Super proud of her and her accomplishments!

Good leaders make decisions. Right or wrong they make timely decisions. No one wants to follow a wishy-washy person. In combat, people die because of indecision. Now incorporating due diligence in a decision is always an option. This goes back to surrounding yourself with smart people. If lives are not on the line take the time to make a good decision.

Brainstorm with peers and subordinates. You never know where a good plan may come from. That young troop that you have in your section may have life experience in what you need to accomplish, know that about them and employ it for team success. I would rather follow a leader that makes decisions and is occasionally wrong than an indecisive person who never decides for fear of failure. That person will never bask in the glory of victory!

This first appeared in The Havok Journal on February 8, 2021.