HomeCultureTattoos, T-shirts, and an Offer for the Sergeant Major of the Army 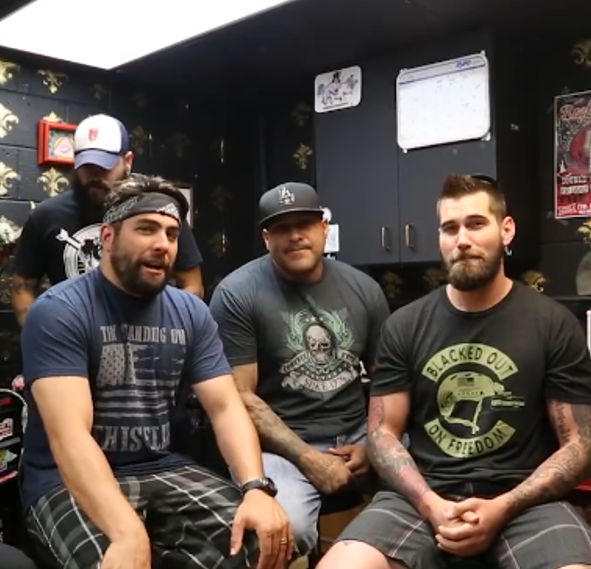 It seems Sergeant Major of the Army Daniel Dailey believes in listening to the troops. Not just about uniforms, training, and quality of life issues, but for… tattoo advice?

After speaking to Soldiers at various locations around the Army, Dailey learned how strong Soldiers felt about about the tattoo policy put in place by Dailey’s predecessor, Sergeant Major of the Army Raymond Chandler. Reacting to the feedback he received from enlisted personnel, Sergeant Major Dailey helped rescind the previous policy for something more in line with the desires of the Soldiers themselves.

Apparently, not content to just let the troops get body art to celebrate their warrior glory, Sergeant Major Dailey took it a step further – the as yet uninked youngest Sergeant Major of the Army publicly stated he would consider getting his first tattoo. In compliance with his new policy presumably.

In a recent Army Times article, the Sergeant Major of the Army declared he was seriously considering getting his first tattoo and put out the Army-wide call to Soldiers asking for their input.

This caught the attention of a lot of Soldiers and veterans, including the staff at Article 15 Clothing.

The crew have risen to online celebrity and infamy largely as a result of their popular videos, many of which have gone viral, such as Epic Rap Battle: Navy SEAL versus Army Ranger, How to Work Out Like an Operator, and You Might Be a Veteran If…

(Disclosure Notice: Best and Vargas both occasionally write for the Havok Journal).

So, the Pew Professionals at Article 15 Clothing decided to lend a hand. Earlier this month, they released a video inviting Sergeant Major Bailey to come down to El Paso, Texas (where the company is headquartered) and get his first tattoo courtesy of Article 15 Clothing. To sweeten the deal, Chief Operating Officer Vince “Rocco” Vargas, who is already heavily tattooed, offered to get a tattoo of the SMA’s face if Dailey accepted their offer.

Vargas should be taken at his word as he recently had a Ranger Up logo tattooed on his leg as part of a charity raising challenge.

They also suggested they could parlay the Sergeant Major’s visit into an event for the Soldiers at nearby Fort Bliss.

I asked Article 15 Clothing president, Jarred Taylor about the offer and proposed event. He said if Dailey accepts their offer, they would like to turn the event into a type of charity event for struggling Soldiers.

“As far as his invitation out to hang with us, it is was based on our audience.” Said Taylor, “The SMA is getting hailed as an SMA that really listens to the troops, and our audience is 87% past and present military members, so we knew that something like this would be a perfect fit.”

Taylor, who is also tattoo-free, added, “We all saw the Army Times article come across our desks and had a conversation about how it is about time someone in the senior leadership actually did something that made soldiers happy.  Like actually took their feedback into consideration and updated and modified a regulation in their favor.”

As of this writing, there has been no response from the Sergeant Major of the Army either accepting or declining the offer.