HomeCultureMilitaryRanger School Is Not “Gay” 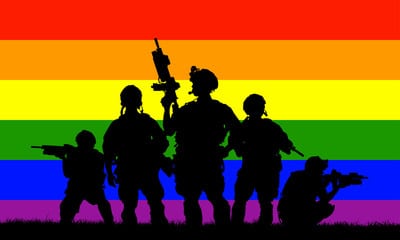 Ranger School Is Not “Gay”
by A.C. Ollenberger

Editor’s Note:  This article is a reader’s response to our article, “Ranger School is Gay.”  We welcome, and will often publish, readers’ critiques of our articles.  It’s part of what makes The Havok Journal unique.

I am writing in response to your recent article, “Ranger School is Gay.” This is not hate-mail. But I have a couple criticisms of the article that I hope will be constructive. The first was that I had no idea what the article was even about until the last paragraph. It felt disjointed and the author spent nearly the entire article merely proving that people use the words “gay” and “pussy” in the derogative. He then finishes with the statement that we need to be inclusive of people that are female and/or LGBTQ.

The idea that using such words as “pussy” or “gay” is always a bad thing is simply taken for granted.  But the author makes no attempt to support that claim.  Here is my problem with that claim: the word “dick” is not a compliment. All of these words have pejorative meanings, not just the ones referring to gays and women. The ones referring to men do as well. The only bit of evidence he actually provided for “non-inclusive behavior” he only briefly mentioned in passing, as if the actual act of visceral anger that women are present by a few pales in comparison to using the word “pussy” as an insult by the many who aren’t actually bothered by the presence of such people.

I have no intentions of bashing the writer for thinking that the infantry should be inclusive of women and LGBTQ as a final conclusion. In fact, I don’t disagree with it at all. I don’t care in the slightest where someone likes to park their dong (or someone else’s for that matter) nor do I care if you have a vagina. Honestly, I’ve never met anyone in the infantry who did, when actually pressed on their opinions. The problems everyone I’ve engaged with have had were more with the lowering of standards and demanding of special treatment for such people. 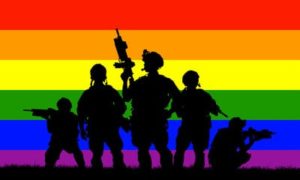 Half of that problem had been rectified to most soldier’s satisfaction with the new ACFT to be rolled out in October of this 2019. But the idea that we should treat an individual with emotional care is ridiculous. It smelled of a POG telling grunts how to be grunts. It was a man/women/whatever that wanted to not feel bad and uncomfortable. Which is fine, in the end, if you’re not expecting to one day meet someone who may try and slit your throat on sentry duty. The idea that insulting a particular part of one person’s anatomy, or making fun of their sexual proclivities somehow means they are not included ignores a giant, all-pervasive fact that has been universal in the infantry since Rome: the infantry will make fun of ANYTHING about you.

…and I mean “anything.”  They do this to the men; the members of the “boys club” are subject to to every bit as much of it as anyone else. I have been mocked for the way I tell jokes, the color of my hair, and the size of my feet, my penis, and my ears. Yes, I am even made fun of for being a double amputee (I am missing two fingers on my right hand). I have been made fun of for being too straight, being too gay, being too feminine, AND being too manly.

All of this actually provides a way to probe trust. The soldier that breaks down and cries, or flies off the handle in a rage over insults may breakdown in real combat and either end up in the fetal position at the bottom of a foxhole or lose his/her cool and do something stupid in combat because they’re angry. The person who complains to his superiors because he’s being made fun of may not be able to be trusted for an uncountable number of reasons. We don’t treat the men gently. We treat them rough. It builds mental and emotional toughness, thick skin, and, once the teams have seen that the individual can be trusted, even helps build camaraderie.

The day I finally became accepted by the members in my first unit was the day I got insulted, then insulted myself further before passing the insult back. That was when I was accepted rather than shunned for being the guy who got his feelings hurt all the time; which was the case when I first joined.

None of this is to say that this activity can’t be taken too far, but in ten years in the military, all of it spent in combat arms, I can count on one hand how many times I’ve seen it happen; and it never happened more than once with the same individuals because it was addressed sharply. Granted, my belief that this talk is actually good and character building is based on personal, anecdotal experience.

And I’m even willing to listen to an argument that proves me wrong; if the writer could demonstrate that such language is unacceptable in any form against anyone, and that we should not only refrain from using words like “pussy” and “gay” but also “dick” and maybe even “asshole” as well.  It would be a hard sell, but I would be willing to listen to the argument if well-presented and supported by real evidence. I could even be convinced if they could negate my personal experience by showing that what I’ve seen is an outlier rather than the norm (Which I recognize is completely possible).

I would have been even more open if the writer had focused on the actual cultural rejection of such people rather than just the use of particular words they dislike. I’m not going to say that no such rejection of women and LGBTQ exists and I agree that people need to let go and accept the reality of their presence and usefulness. However, the writer did no such thing. They simply said “these words are bad, you should stop using them,” without supporting the real need for that imposition of their morality on others in any way. And the one opportunity they had to actually address the deeper and more essential root of the problem was hastily and shallowly mentioned.

The true result of such an article is more likely to solidify people’s opinions by attacking one side, and cause reactionary rejection to the author’s whole article rather than seeing their final point: that people should ignore sex or orientation when determining whether someone is capable of doing a particular job and that those who can do the job should be accepted as equals when they’ve proven themselves the same way as everyone else.

This first appeared in The Havok Journal October 30, 2019.