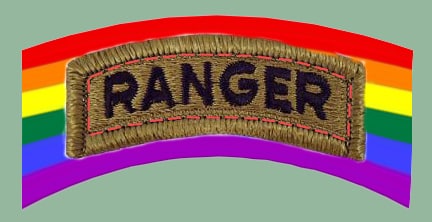 This article was originally published on August 16, 2017.

Ranger School is sold to the Army and the world as an elite institution where small unit tactics are mastered and combat leaders are forged and tested. It is billed as the “premier leadership school in the Army” and its cachet even extends into corporate America. 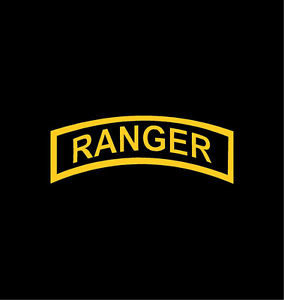 For sure, the Ranger Tab is recognized the world over. I recently completed my five-month vacation to Ranger School. At thirty-three, I was at least a decade older than the average Ranger student. As neither an infantry lieutenant nor a “Batt Boy” from Ranger Regiment, my attendance truly was voluntary.

Several years ago I passed up an opportunity to attend. I do not regret choosing what I chose instead, but perhaps it would have been less physically challenging had I gone then. When the opportunity was presented again, I jumped at the chance. It was always one of those, “I think I can do it. Can I really?”—type challenges. More importantly though, it would open the door to serving with special operations units in a more meaningful way.

There’s nothing that gives you credibility in the Army like a piece of cloth that says, “I’ve sucked too.”  At the end of the day, that was the most important benefit for me.  Having a Ranger Tab not only gets you a seat at tables to which you would not otherwise have access but also ensures your input is taken seriously. With that in mind, I set out to earn a Ranger Tab. It is a serious test of physical and psychological endurance as students are deprived of both food and sleep while conducting combat operations, all with the aim of simulating the stress of combat. The requirements and success rates are well-documented.

Yet, among Ranger students it is recognized as “the gayest school in the Army.” Yes, while much of the Army has ended the adjectival or adverbial use of “gay” as being synonymous with stupid (along with many other socially and legally unacceptable practices post DADT and DOMA), the practice continues at Ranger School (and in the infantry) and irony abounds.

“Ranger School is gay” is one of the more common epithets hurled by students and “sucking Ranger dick” is a daily chore.  Some notable examples include, but are not limited to the following. . .  holding the ruck in front of you because you’re too tired and stupid to make your way to your patrol base in the dark without your hand being held: gay.  Saying, “bang, bang” when you don’t have blanks because someone decided to shoot an Apache with live ammo: gay.

Getting smoked until the sun comes up: gay.  The lack of perceived safety during a given training exercise, e.g. your Zodiac is sinking because you weren’t supposed to be on the water that day: gay.

An overabundance of caution that negates the general usefulness of the exercise, e.g. you just did nothing to navigate your patrol through the swamp on your own.  What did you learn?  That’s right, how to suck: gay. 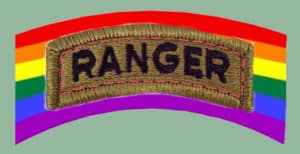 The language of gay sex is a common metaphor for the misery of Ranger students employed by students and instructors alike.  Perhaps a silent majority have no problem with gay soldiers and some even support them openly.  Even so, it is the very vocal minority who dictate the level of discourse and it is allowed and often encouraged and employed by the instructors.

For all the fear of gay sexuality, no where else will you find so many men huddling together or even openly cuddling for warmth, or playfully enjoying their nakedness together in and out of the shower.  Tellingly, a student who had a degree in engineering from from a top-tier university actually came up with a mathematical formula for calculating how many unique dicks he had seen during his six months at Ranger School.  It was one of the most impressive things I witnessed at Ranger School and I concur.  I’ve never seen so many dicks in my life and I daresay I never will again.

My observations regarding women at Ranger School were equally unsettling.  The full inclusion of women in the Army has touched a pretty raw nerve for many in the infantry and particularly at Ranger School (its Mecca).  I experienced both the teeth grinding grin of Ranger instructors who tolerated the presence of several females as well as overt vitriol when anyone with a vagina was outside of earshot.

My favorite: “The tab means nothing now. Bitches get tabs.” This, I think, brings us to the heart of the matter.  In their view, Ranger School is supposed to be a test of manliness. The sign at the entrance warns us it is “not for the weak or fainthearted.” For millennia in the West, weak and fainthearted have been understood to be feminine qualities. As in, if you cannot pass Ranger School, you are probably a “pussy.” In ancient Greek culture, to be feminine was to be soft and easily penetrated.

Thus malakos in Greek means soft, cowardly, and of course, feminine. When used of one’s enemies it was the ancient equivalent of “gay” or “pussy.” In the Roman world, virtue was defined as manliness. In Latin, virtus literally means manliness. Over against women (and men) who were soft and allowed themselves to be penetrated, real men in the Greco-Roman world were hard and did the penetrating, with both their swords and spears and, naturally, their dicks. This is, in large part, our Western heritage of soldiering as the business of manly men.

The fear among Rangers, among the infantry, and among many American men in general is that with so much of their identity defined over against women and “soft” men, what happens when female and LGBT soldiers are now allowed to be just as “manly”?

The concern for readiness may have a mild basis in reality.  There are certainly administrative, logistical, and cultural challenges that need to be addressed. But, at its core, the inclusion of gay, female, and (gasp!) now trans-gendered soldiers in combat arms, especially in special operations, robs men of a world that was all their own, a boys club where manly identities could be forged over against the supposedly softer “others.”

It is now well-past time to uncouple our definitions of manliness and good soldiering. Going forward, this is not an option. It is a matter of duty. Excellent leaders across the Army are already creating command climates where women and LGBT soldiers are treated as equal members of the team. Unfortunately, it just isn’t a lesson they learned while they were at Ranger School. If the Army is serious about inculcating respect within its ranks for all who serve, a good hard look is warranted at one of its most important schools.