HomeCultureMilitaryQuality and Diversity in Recruitment, Retention, and Promotion: Is the U.S. Army Getting It Right? 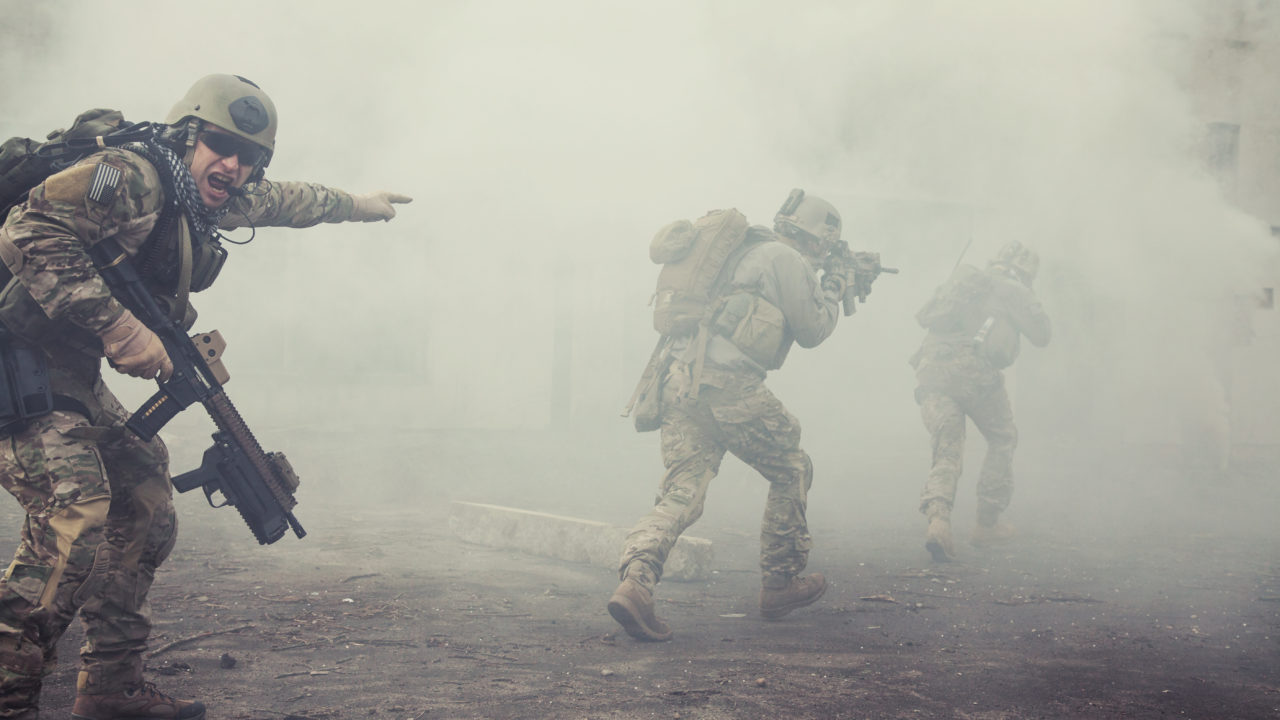 Quality and Diversity in Recruitment, Retention, and Promotion: Is the U.S. Army Getting It Right?
by Major Robert “Bobby” Ali

Greater diversity and better quality among service members are defining hallmarks of a U.S. Army fully equipped against 21st-century challenges, especially as it seeks to remain competitive with employers from both the private sector and other public sector organizations. Systemic changes in the demographic blueprint of the U.S. have become more apparent not just among its civilian workforce, but also in the Army and other branches in the U.S. Armed Forces. The recruitment of more service members from minorities provides more opportunities for the Army to benefit from a wider pool of skills and competencies compatible with the demands for modern-day warfare. Policies that favor diversity, in that regard, generally favor concerns on quality within the Army. 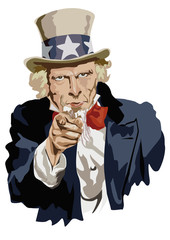 Yet, there is still the question on whether existing efforts on quality and diversity in recruitment, retention, and promotion are adequate. As the U.S. moves forward with the growing participation of minorities in various societal undertakings, so too should the Army in line with its interest to maintain broad representation. This article provides a straightforward evaluation on the status of the Army concerning its quality and diversity in recruiting, retaining, and promoting service members. Issues on these concerns are given due focus in the following sections, alongside corresponding policy efforts that offer both acknowledgements of existing problems and solutions to prevent or mitigate them.

The COVID-19 pandemic, virtual recruitment, and the e-sports venture

The ongoing economic downturn caused by the coronavirus disease 2019 (COVID-19) pandemic has pushed the federal unemployment rate in the U.S. to 11%, as lockdowns, physical distancing measures, and increasing cases have downsized economic activity, workforce reductions, and urged work-from-home setups whenever possible. Historically, out-of-work civilians and fresh graduates tend to resort to military service once the unemployment rate in the country goes beyond 6%, yet it remains to be seen whether the current situation will also cause an upsurge in recruitment.

Peculiar demands under the pandemic has forced the Army to bring its recruitment efforts online. The Army ramped up its virtual recruiting efforts amid COVID-19 to prevent jeopardizing the force as in-person recruitment had to be reduced to prevent spreading the virus. Yet, the groundwork for this effort dates way before the current pandemic, when the Army figured that it needed a more efficient way to recruit younger people as it only managed to attract 70,000 recruits out of their 76,500 target in 2018. This experience paved the way for the formation of the Army e-sports team, manned by an elite team of service members that specialize in video games. 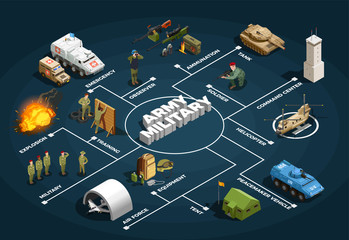 The decision of the Army to venture into e-sports proved quite successful in reaching out to Generation Z audiences – considered a potent source for younger recruits. By dispatching service members to compete against typically younger players in games like Fortnite and Call of Duty, the Army e-sports team managed to reach out to potential leads that went upwards of 8,000 in May 2020. That effort proved to be both engaging and worthwhile at the same time, as it allowed service members to start conversations with civilian players using the livestreaming platform Twitch. In terms of diversity, e-sports serves as just the right venue for reaching out to young players from a variety of backgrounds within an enjoyable and interactive setting.

Yet, the effort to gather recruits through e-sports was not entirely without controversy. Numerous complaints from within e-sports communities mentioned reports that some Army service members resorted to using bait-and-switch tactics to recruit players in the guise of game console giveaways. Allegations that Army service members violated the First Amendment when they banned some viewers with viewpoints that they found offensive them were also raised, given that Twitch is a public forum and their act of blocking people may be construed as censorship. These controversies are certainly damaging as far as the reputation of the Army is concerned, but given the novelty of e-sports as a recruitment channel, these may be taken as opportunities for further improvement, especially as post-pandemic scenarios may force more processes to go digital.

Army retention is currently reaching new highs amid the pandemic, as more service members have become aware of the disruptive impact of COVID-19 on the job market outside the force. To reinforce that, the Army has introduced short-term personnel policies in the form of voluntary extensions on enlistment, retirement, and separation dates. Higher retention in this sense is consistent with the logic that the image of military service as a stable career choice, which becomes even more apparent when the economy takes a bad turn.

But once things go back to normal, retention – as with recruitment – could become a problem once more for the Army, as it has always tussled with the private sector in terms of talent acquisition. 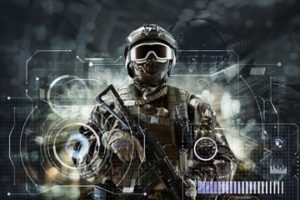 Expanding the role of women in the Army

More women may soon take on front-and-center roles within the Army, but perhaps not in the foreseeable future if current numbers are to go by. This is because while more women are taking on more progressive roles within civilian ventures, existing figures from within the Army show that male service members continue to dominate the force. The May 2020 report from the Government Accountability Office (GAO) covering data between fiscal year 2004 and fiscal year 2018 revealed that female active duty service members only form at measly 16.5% in fiscal year 2018. While that serves as quite a remarkable increase from a 15.1% record in fiscal year 2004, it nonetheless reflects how the military is slow to keep up with the continued expansion of roles taken by women within American society. In fiscal year 2018 The Army, in particular, is only third among military branches in terms of gender diversity at 15.1%; the Air Force came in first at 20.2%, followed by the Navy at 19.6%, while the Marine Corps came next to the Army at 8.6%.

Proponents of greater participation of women in the Army scored a significant victory with the 2013 repeal of the Combat Exclusion Policy, which formerly banned women from engaging in direct combat. Yet, there remains more questions and answers as to what women in the Army can make of this development, especially as the GAO report finds that none of the military branches have any clear plans concerning the recruitment and retention of female service members, which must include, quoting the report, “goals, performance measures, and timeframes to guide and monitor current or future efforts.” In the absence of such concrete plans, the Army, alongside other military branches, would struggle to reverse the current separation trend for female service members, which GAO found to be 20% higher than that of their male counterparts.

Making retention of female service members in the Army are the reasons found to be behind their high separation rate across all military branches. Among those reasons, as quoted from GAO, include “family planning, sexual assault, and dependent care,” among many others.  The decision to have children is particularly influential since it compels a tradeoff between family time and spending more hours for trainings and deployments. These factors on retention are likely to influence recruitment and promotion outcomes; unsavory experiences may deter potential female candidates, while a higher separation rate would mean lesser years spent in the Army. To address these issues, the GAO urged for greater proactiveness in making the military branches more attractive for women.

The equal opportunity versus merit debate

Demographic characteristics should never be cited as grounds against qualification for joining, staying, and advancing in the Army, and at the same time should not hinder requirements to meet skills and competencies much needed by the force. For that, more needs to be done to improve both prevention and reporting of discriminatory practices. Furthermore, the Army remains wanting of more concrete plans for striking a balance between equal opportunity and merit.

A work in progress

The ever-changing nature of American society inevitably compels institutions like the military to follow suit. In this sense, the Army must remain steadfast in promoting and maintaining diversity in recruiting, retaining, and promoting service members if it is to keep up with demands for better quality. Equal opportunity shall be upheld in ways that would allow the Army to acquire the services of the best people for the skills and competencies it requires. At the same time, the spirit of patriotic duty shall not be lost in gauging between equal opportunity policies and the need to maintain merit within the Army. Right now, the Army remains a work in progress regarding quality and diversity; it does not mean it is not on the right track, but it is rightfully urged to present more improvements.

Major Robert “Bobby” Ali is currently serving as the CSL Program Manager at the Human Resources Command. He holds a B.S. from Excelsior College, a MBA from Columbia Southern University, M.A. from Webster University, M.A. from Liberty University, and a M.A. from the Naval War College. During his career, Major Ali has served within the 1st Infantry Division, 2nd Stryker Cavalry Regiment, the 10th Mountain Division, 7th Signal Command, and the 8th Theater Support Command.