HomeCultureMilitaryWhere are All the Female Military Writers? 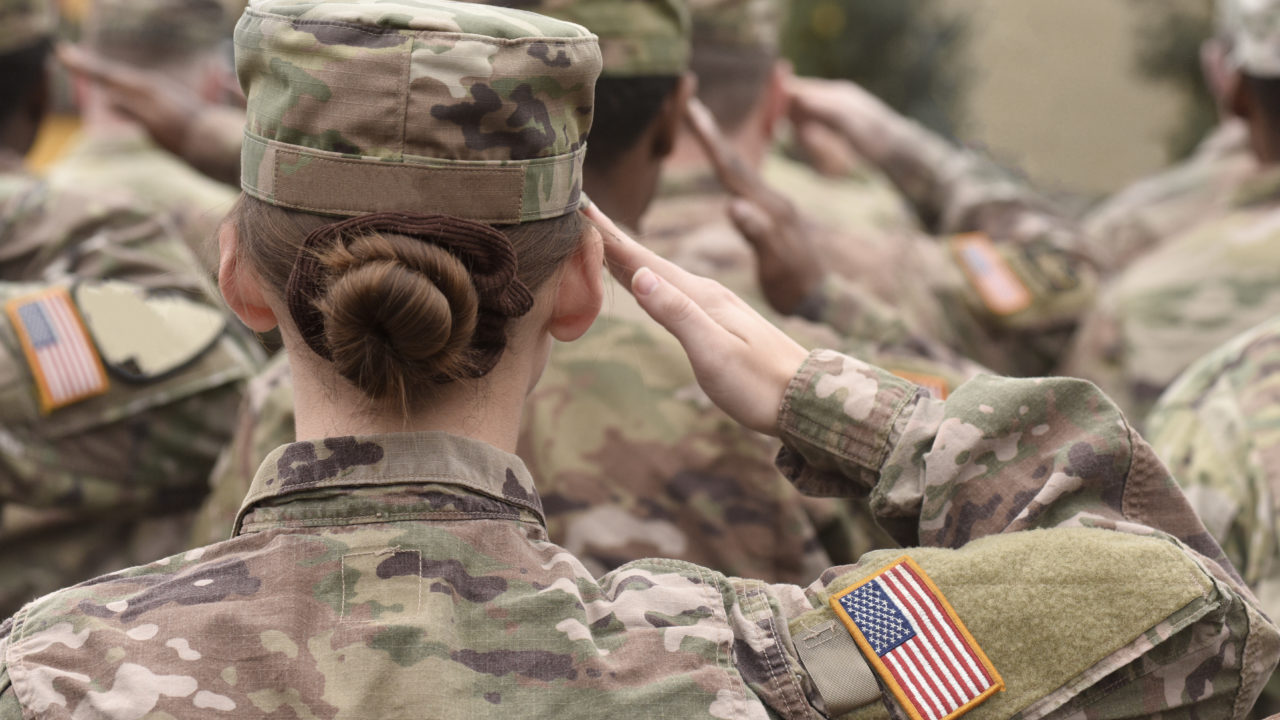 Editor’s note: This article first appeared in The Havok Journal on September 21, 2016 and the question is just as relevant today.

“One must be so soaked in military lore that [they do] the military thing automatically. The study of history will produce this result. The study of algebra will not.”

Recently, The Havok Journal published two articles devoted to recommended reading lists of books that highlight notable offerings from the broad base of knowledge from which military officers are expected to draw as they serve their nation in the professions of arms.[2] The first, by former SOCOM commander General Joseph Votel, is a compilation of 18 books he recommended for members of his command.

The second is by Lieutenant Colonel Chris Otero, a Professor of Military Science at Rochester Institute of Technology, who wants to supplement the given curriculum to better prepare his ROTC cadets for their road ahead.  His list of “20 Great Books”—some contemporary, some classic—are to, as he writes, “seek out knowledge across the full spectrum of study.”

These two current reading lists also share something with, and are no different than, many other similar lists over the years in one particular, but overlooked regard; they are almost exclusively the realm of male authors.

Said another way, there are just not a lot of women—and more precisely, women military officers—writing and contributing to the professional dialogue of the military profession. These current reading lists continue a trend noticed and explored in the mid-2000s and now publicly discussed below. This trend does not appear to be improving, despite increasing numbers of women both in the military, and more specifically, the officer corps.

In December of 2008, the Chief of Staff of the Air Force announced the 2009 CSAF Reading List recommending that year’s group of books for the further professional development of airmen.[3] Those dozen books were offered in three general categories—military history, [military] profession, and national and world events—to proffer an airman’s perspective on how to “tackle the challenges of today and tomorrow.”

The annual CSAF’s list for airmen is something akin to the medical profession’s collective recommendation of the best books and scholarly writings in medical journals for the expanded knowledge and development of its doctors. A closer look also reveals that the authors of the books on that CSAF Reading List have something noticeably in common with the contributors of the two reading lists mentioned earlier from this publication and, quite frankly, many other similar publications. The authors—save for two exceptions from the three lists—were all men, and neither of the two women authors had served in the military.

Women authors—specifically, women officers as authors—are an endangered species when it comes to writing books on military topics, as well as contributing to the professional military journals associated with the U.S. war colleges. Despite dramatic increases in both the number and roles of women officers in the military over the last four decades, they are still vastly under-represented as the authors of articles published in leading military professional journals. Women from the military also do not appear to be writing the current crop of scholarly, analytical books on the wars in Iraq and Afghanistan—aside from a “Band of Sisters” genre[4]—nor are they writing much about war, conflict, and military topics writ large.

The thesis is that while women officers serve in the ‘profession of arms,’ they are for the most part not contributing to the discourse, dialogue, and development of their elected profession.  Evidence showing that women officers do not ‘write’ about their profession could more importantly help make the point that they also do not ‘read’ a lot about their chosen profession as well.  If either, or both, of these assertions are true, it indicates and portends long term arrested professional development of women in the officer corps of the U.S. military.

The contents of the fall-season of 2008 issues of the professional journals associated with the three U.S. war colleges—Air & Space Power Journal (ASPJ), Parameters, and the Naval War College Review—featured no full-length articles written by women authors.[5] Additionally, when the list of professional military publications surveyed was lengthened to include the 2008 fall-season issues of Military Review, published as the ‘Professional Journal of the U.S. Army,’ the Marine Corps Gazette, available as the ‘Professional Journal of U.S. Marines,’ Proceedings, the ‘Journal of the U.S. Naval Institute,’ and Joint Forces Quarterly, a ‘Professional Military & Security Journal, the index of those publications reflected a similar tendency.

What is even more telling of the assertion that female officers are not writing for professional military journals is that the example of the 2008 fall-season issues of these publications were representative of the rest of the year’s contents, and as a general measure were consistent with the volumes covering the issues of many previous years.

The year’s index for the Naval War College Review for 2008 through the fall issue contained no feature, full-length articles by female authors, let alone female military officers. Parameters, the U.S. Army War College Quarterly, also presented no articles by female authors so far in 2008, while the 2008 editions of Air & Space Power Journal also did not include any feature, full length articles from female officers.  The same goes for the November 2008 issues of both Proceedings and the Marine Corps Gazette, as well as the 4th Quarter 2008 issue of Joint Forces Quarterly. Military Review’s November-December 2008 issue is the only publication to include a feature article written by a woman.  The author of that single article was a collegiate academic (PhD) discussing an arguably non-warfighting-related subject—“sociocultural expertise.”[6]

In more than seven years after the 9/11 milestone, the trend was just as pronounced.  Parameters, the Army’s publication, was a case in point. The cumulative index of that publication listed eight women authors of article-length works going back to 2003.[7]  Each of those women authors was either a civilian official or an academic. One must go back to the autumn and winter issues of 2002 before locating articles written by serving women officers.

Another example is from the index of ASPJ, published by Air University Press at Maxwell Air Force Base, Alabama. ASPJ’’s index references 171 feature full-length articles published since the 911 attacks. Of those articles, only 5 were from women authors—slightly less than 3 percent. A reader must go back to the 2004 winter edition before finding an article by a woman officer, but her topic was also an arguably non-warfighting-related topic—“dynamic followership.”

Women authors are also not writing full-fledged books on topics such as war, strategy, operational art, tactics, Iraq, Afghanistan, history, and the war on terror.  As an example, two internet searches for lists recommending books about everything from the Iraq war, to the war on terrorism, to the Middle East and Gulf War drawn from the internet featured no selections by female authors.[8]

Nevertheless, the contributions to the written dialogue and discourse about the profession of arms—today’s thinking about war and conflict—in the U.S. military remain almost exclusively the realm of male authors.