HomeCultureMilitaryModern Insurgency as a Lingering Effect of the Industrial Revolution 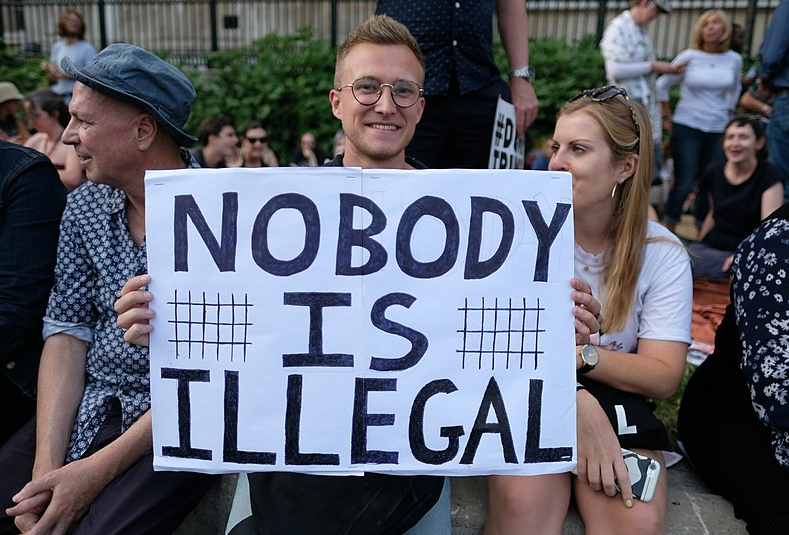 The Industrial Revolution, from the late 1700s through the early 1800s, was incidental, if not intentioned, the result of the Treaties of Münster and Osnabrück, 1648, which collectively are known as the Peace of Westphalia. Arising from and concluding the Spanish and Dutch 80 years’ war and the Dutch and Germany portion of the 30 years’ wars, the Peace of Westphalia established the modern state and national sovereignty built on laws rather than conquest, where economic and financial warfare would be preferred over the warfare of armies. While the all-powerful nation-state would arise from the two treaties, more directly impactful to the rise of the Industrial Revolution, more than a hundred years later, was the restoration of the Peace of Augsburg (1555) which ensured a return to liberalism in the form of religious tolerance for all.

Every aspect of our modern world, its immense successes, and colossal failures is built upon the Peace of Westphalia and the subsequent Industrial Revolution. However, as the world has moved beyond the industrial revolution to the technological and knowledge revolution, the model established in 1648 and expanded greatly upon since which led to across-the-board advances never before imagined in human history, is now breaking down, permanently.

This breakdown is the consequence of something not imaginable in 1648, in the era of absolute monarchies and empire, where a small nobility solely possessed wealth and the means by which to generate additional wealth and had direct responsibility for the well-being and governance of their labor force, of the citizens of their lands. This unimaginable consequence is the rise of an elected class, the tyrannical bureaucracy the elected class controls, perpetually expands and employs to their own aggrandizement, and the elitists who vehemently support this system as they benefit directly from the systems as it is far more than the populace does.

Outpacing the rise of the elected class and expansion of the bureaucracy has quite incidentally been the inexorable advance of technological innovation which has, in turn, led to greater and greater productivity. For most of two hundred years, technological advances leading to improved manufacturing fed an ever-increasing need for a large local labor pool, however, since the advent of computers and automation these same advances have led to an ever greater reduction in the need for human labor. Despite this reduction in the need for costly human labor the need for consumers to consume the increased productivity of efficiency has continued to increase dramatically, leading to an all-powerful elected class that controls the coffers of the state.

Once the elected class’s sole responsibility was the governance, sustainment, and control of the commodity of low-skill, low-cost labor, housed by necessity in close proximity to manufacturing, namely in perpetually impoverished communities in cities. These responsibilities being deferred to the elected class and their bureaucracy by a wealthy nobility, not from declining wealth or membership among the nobility, but from a loss of the will to provide the costly and difficult task of governing and caring for their people themselves. Simply, the nobility outsourced their responsibility to the bureaucracy and the elected officials that control it, to “democratic” institutions first established to give the people the sense of independence and say in their own affairs.

Added to the elected class, in the latter part of the 20th and all of the 21st Century to date, by the wealthy nobility, has been the responsibility for wealth redistribution through an ever-larger welfare state responsible for increasing consumption of the expanding output of productivity, despite across the board wage income losses leading from ever-smaller participation by human labor. This has led to an unexpected, though not unforeseeable, consequence, which is the perhaps permanent transfer of real power from the wealthy nobility, to the elected class, an elected class which must maintain inequality and division in order to sustain its power in the form of direct governance and control of the populace. A populace, with decreasing participation in a dwindling workforce, leaving an increasing number dependent upon the nation state arising from the Peace of Westphalia and the industrial revolution and its new masters, the elected class.

That the impoverished communities of the Western world are increasingly breeding grounds for the insurgency, with large populations of permanently un- or underemployed, mostly unskilled, uneducated, and unassimilated immigrant labor, should be no surprise. And that the very real threat represented by increasing insurgency has at its core rising wealth inequality, should also come as no surprise to the nobility. As it was this very disparity in wealth that brought about the first wave of insurgency in the western world, which was driven not by immigrants but by a people which had come to bear too much for a small nobility without benefitting equally too for their labor, which insurgencies brought about the end of absolute monarchy and empire resulting in the rise of a parasitic elected class.

At its core, the argument of this modern western insurgency is that globalization is a construct of the nobles, which has led to an ever-widening and permanent wealth disparity, a system and status maintained by the elected class, bureaucracy, and the elites at the behest of the nobles. The problem is, that this is not true, modern wealth disparity is not the result of an avaricious nobility and their rigging of the system, but instead the result of the elected class and elites who themselves have rigged the system and who pit the people against the nobles in order to sustain and expand their power to influence the nobility in order to add to their own wealth.

This does not exonerate the nobles in the western world from wrongdoing. While they may not have rigged the global financial and economic systems to their own advantage over the people, they have most certainly allowed the elected class and elites to do that very thing. By keeping all the wealth of nobility without any of the real responsibility of nobility, namely, direct responsibility for the well-being of their people, western nobles have allowed the conditions leading to insurgency to come into existence and to expand to such a point where the western world and modernity itself are now threatened from within by the people in a way never before known in all of the long histories of western civilization.

With the continued dwindling of native birthrates, growing wealth disparity, and the ever-increasing avaricious power of the elected class, the West cannot long sustain against the violent insurgency of radical Islam. An insurgency gaining ground among non-Muslims, among western elites afraid for their continued places of influence and wealth in the global system genuinely threatened by radical Islam. An insurgency unchecked by the populace who are angry at the current system and its elites for leaving them behind and an elected class that has left them unguarded and incapable of facing the very real threat to their physical safety in their own communities, Muslim and non-Muslim alike. 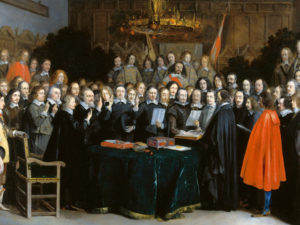 At its very most basic, the world built upon low-cost labor, the world of the industrial revolution, has gone forever, while the available labor pool has not only continued but has expanded
globally and is pooling at unprecedented rates in urban centers. And the welfare state which was developed by the elected class, with the complicity of the nobility, in order to ensure mollification of ever-larger numbers of under- and unemployed through consumption no longer sustained through earned income, has failed.

More, this welfare state is being used as a weapon against modern civilization by an elected class that would watch the world burn, would set it ablaze, in order to expand their influence and ability to line their own pockets. There can be no greater example of the blind intentions of the elected class than the open arms immigration of groups known to be composed of as much as 30% violent insurgents. The end of the industrial revolution, the failure of the welfare state, and unchecked immigration into the communities established to feed the industrial revolution, from populations riddled with deadly intent, are leaving the many impoverished inner-city communities across the western world almost completely open to violent insurgents and those who control and employ them.

Without a widespread redistribution not of wealth but of the knowledge and relationships necessary for the creation of wealth, which is a thorough understanding of globalization, the modern world will fail and civilization will slide backward centuries. A regression, which is the inevitable result of the success of the current insurgency now plaguing the urban centers of the western world. This form of redistribution is antithetical to the elected class and the elites as it will rob them of their weapon of the people to be used against the nobles.

This means the nobility must take responsibility for the system that succeeds the system they initiated in 1648 that led to the industrial revolution made possible by the Peace of Westphalia. At its very most basic, the new system, the new – Peace of… – must truly enfranchise now disenfranchised peoples, from many different ethnic groups, and bring them in great numbers into a rebuilt middle class, drawn directly from the people now trapped in the impoverished urban centers established to feed the industrial revolution. All of which will need to be accomplished in direct conflict with the elected class and their near all-powerful bureaucracy and while defending against violent insurgency directed and staffed from within the communities of the industrial revolution.