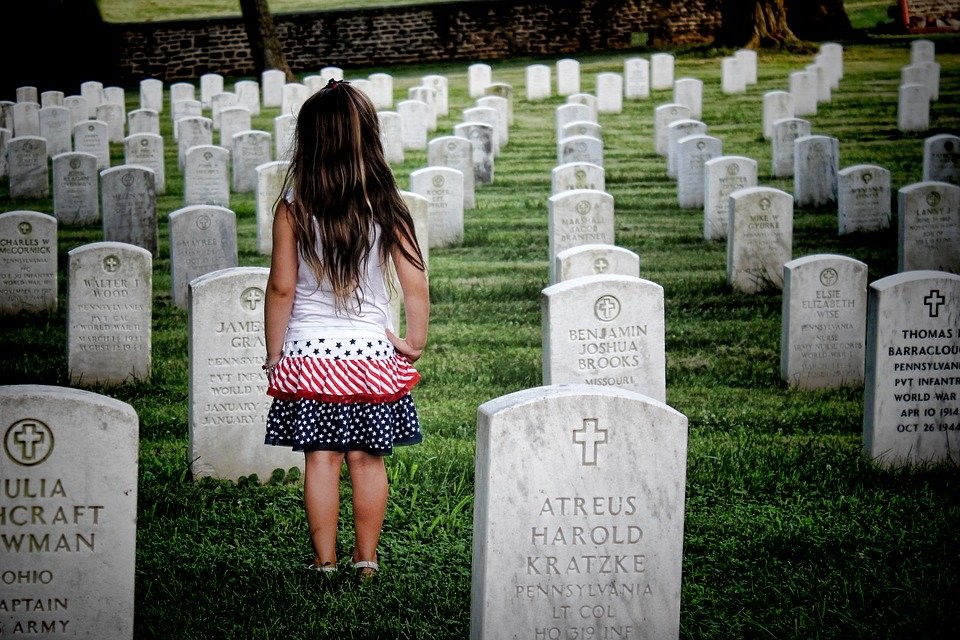 This originally appeared in Dave Hartmann’s blog on May 24, 2019. It is published here with the author’s permission.

“It is foolish and wrong to mourn the men who died. Rather we should thank God that such men lived.”  – General George S. Patton

It’s coming around again. For many, it is the first real holiday since New Year’s Day and it has been a long winter in most of the United States. Memorial Day brings about many feelings, emotions…and hopefully a couple of stories.

For most of my life, I have enjoyed shocking people a little bit with my bluntness. Between a midwestern upbringing thick with farmers, ranchers, and bikers (long story) to sharing my adulthood with other engineers, contractors, and soldiers, I often forget or purposely switch off my filter. When discussions turn to the difference between Memorial and Veterans Day, my answer is always the same: “Veterans Day is for the live veterans, Memorial Day is for the dead ones.” Blunt, concise, possibly a little shocking to politically correct ears.

I always think about the men and women with whom I served, not just on Veterans Day or Memorial Day. I suspect most all veterans do. Many still live, many do not. It’s not good or bad, it’s just the way we are.

One of the scariest things to a soldier, or to anyone really, is the idea of being forgotten. It’s the human condition, some part ego, some part control freak, other parts just the plain old desire to live forever. My mom told me long ago after a loved one’s death that “You live forever through the lives you touch” and that made perfect sense, it still does. I guess the thought of touching zero lives is scary to many of us, myself included.

Decades ago, my first Army command was a detachment of engineer soldiers. Our unit sat near the old (and full) Orchard Mesa Cemetery that held many white granite veteran headstones. It always struck me how few people ever came and visited. I didn’t wave it around, but when time permitted, I used to sneak away and spend a little time walking among those headstones. Just reading a few names and wondering about the life that slab of granite represented. Not sad really, I guess it was equal parts respect, curiosity, and love of history. Any sadness I had was from the thought of any of those folks being forgotten.

More recently I used to pick one military friend who had died and post their story on Memorial Day asking for others to give it a quick read and please remember them and their families. I guess that’s a little self-serving since my circle of military friends is small compared to most. Plus, we have centuries of wars and Americans who served and died along the way, what about all of them?

I think it better if maybe we could all just pick one random story out there, and take two minutes to read the story, touch a random headstone, somehow giving a pause thinking about them and where their family might be today. Along the lines of the Tomb of the Unknown Soldier, this could be a Pause for a Random Soldier or something like that. Search the web for some phrases like “killed Korean War” or “died Afghanistan” and just click one link and read up. Just a couple of minutes so that random service member is not forgotten, even just for a bit. I guarantee that soul is not random to some family member still living out there somewhere.

Most everybody has heard of the famous dead soldiers, Pat Tillman, Chris Kyle, Audie Murphy, the list is long. Certainly celebrate those lives. But what about Paul, who got sick on deployment in Bagram and died on the medevac flight to Germany? Or David, who was killed in a car wreck late one night in Kabul. Or Leroy, who took an enemy mortar round in some forgotten Vietnam jungle in 1970. The list is far too long and growing.

If you are truly brave and if you know someone whose loved one came home under a flag, remember to reach out to them sometime during the rest of the year. This particular weekend will be harder than most for them, so maybe tuck it away for later. You probably don’t even need to say anything, just give them a hug or tell them they’re both in your thoughts and their hero’s memory lives on.

So sometime soon, just grab a random name out of the ether, learn a tiny bit about them, even if just a name and a year, pause for them and their family, and celebrate that they lived. But don’t wring your hands or spend hours chasing that rabbit into a hole of sadness. The last thing any dead veteran would want is anyone moping around on their account while letting life pass by. Enjoy your family, let out that belly laugh, hug a little longer, take that chance, live the best life you can!