HomeCultureMilitaryLTC Scheller, the Afghanistan Exit, and Equality in Accountability 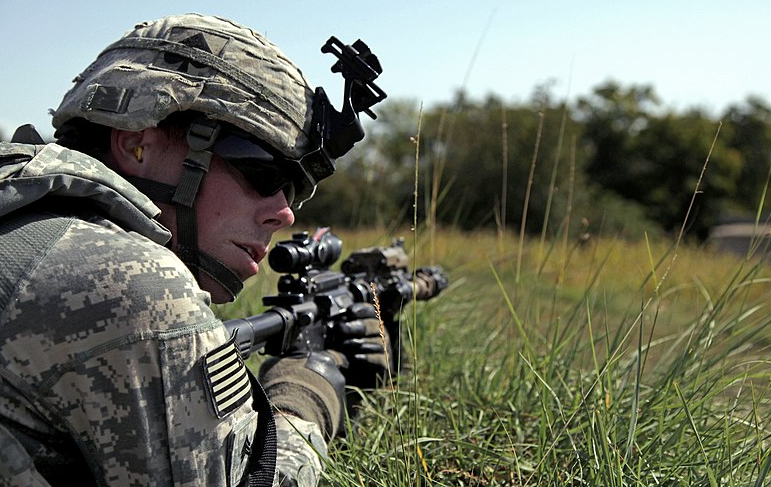 This first appeared in The Havok Journal on October 2, 2021.

My four short years in the Army were full of life lessons that have continued to serve me well. “Always do the right thing.” “Take care of your troops.” “Leaders eat last.” “Set the example.” Much of that sentiment was borne from a desire to be a good leader, to set the bar high, and be the exemplary unit in your organization. Every Platoon Leader envisions himself a young Dick Winters, right? But, mixed with that, there was a tinge of fear in doing the right thing. Not because it was the right thing, but because of the culture of the military. Lieutenants especially were prone to be used to “set an example” of conforming, even when it sometimes didn’t make sense. Little slack was cut for junior leader’s screw-ups

One ‘lost’ M4 in a training exercise? That’s fine, we will lock down the whole company in the field an extra 3 weeks. Oh, you were in a small firefight while on patrol? Great, we need 100% ammo count for the platoon. Nowhere to store a newly issued optic set so you leave it in your office because your squad leaders don’t have anywhere to secure it, you make the issue known and company leadership does nothing, and when one optic ‘walks away’ you lose a month’s pay? That’s what poor property accountability gets you right? Lose accountability of 16,000 NODS and almost 600,000 weapons left behind in Afghanistan? Well, different story, of course.

One can argue the length of time we were in Afghanistan. Many individuals, much smarter than I with way more experience in these matters, have wildly different opinions about more or less time there.  However, what every single source of information I have seen can agree on is the poor way in which our withdrawal was executed. Blunder after misstep, poor decision after poor decision, the only people left holding the bag are the oppressed population of Afghanistan, the 13 families who lost a loved one on August 26th, and a car full of kids we killed in retaliation. Through all this, right to the Senate hearing yesterday, no senior military leader, or politician, has stepped forward to do anything but duck questions, point fingers, and shift blame.

Only one person through all this has seen any negative action against him. LTC Stuart Scheller, currently in the brig awaiting trial, is there for calling out senior leaders. While the way the situation played out is up for debate, one can hardly argue with his first video.

“People are upset because their senior leaders let them down and none of them are raising their hands and accepting accountability or saying ‘we messed this up.’” Hard to argue with those words. Could the situation have played out differently with a little more tact? Sure. However, LTC Scheller stuck to his guns and was not willing to compromise on demanding accountability.

Should the only punitive consequence of the botched Afghanistan withdrawal be on someone who criticized it? Are not our senior leaders to be held to even a higher standard than our Lieutenants? At what point are our senior leaders open to criticism outside of normal channels if the system shuts down everything internally? Where is the honor in our military’s leadership, in our nation’s leadership?

Or is this nation at a crossroads where those at the top can shrug their shoulders and move on, separate from the realities that an average citizen or soldier has to live with. Michelle Black put it best in her September 16th article, “The day the military stops protecting officers over enlisted soldiers and laying blame at the lowest levels when the top brass fails, that is the day every family in my position will be able to say that they have seen justice prevail. Killing bad guys is the easy part. Making honest men out of our political-military leadership  – – now that is the real challenge.”

When equality of accountability is no longer a thing that every American can count on, can we really say as a nation that has equal protection of the laws?

Any chance I can get that month’s base payback for that missing optic?