HomeCultureMilitaryThe Justice I Seek Must Come from Our Military Leaders 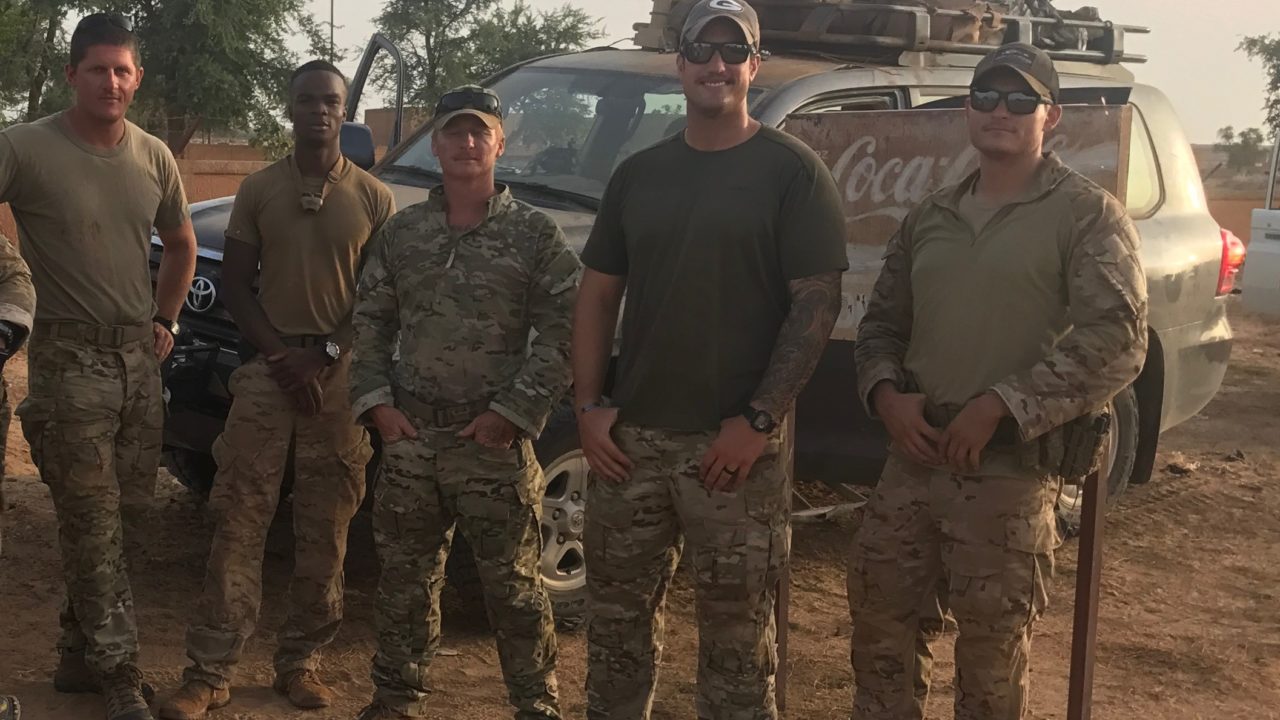 Today I awoke to headlines celebrating the killing of an Islamic state leader who attacked U.S. troops in Niger in 2017. The 2017 ambush of Green Beret team 3212 left four Americans dead, one of those was my husband. As we approach the four-year anniversary this news means we finally have retribution, justice, payback, or whatever else you might want to call it thanks to French troops who killed the leader of Islamic State in the Greater Sahara.

As a widow raising two sons of a father lost in the attack, I know I am supposed to feel relief and justice now that my husband’s killer lies dead. But, that is not what I feel. I am glad that this terrorist will no longer be out there coordinating attacks and taking life but death is always sad. Death is so final and each life has value even among the worst of men. Do I think he should have been put in jail or kept alive? No. But neither do I celebrate his death. We must always combat evil but we must be careful not to allow the same hate that feeds terrorism to seep into our souls and motives. So, I will never celebrate the death of even the evilest of men but rather consider it a somber and necessary deed that must be carried out to protect the good and keep the innocent safe.

Ironically the leader of ISISS-GS was not the only villain in the story of the Niger ambush. The ambush by ISIS militants in Niger, Africa on October 4, 2017, was the largest loss of American life on the continent of Africa since the battle of Mogadishu. The Niger ambush became even more tragic because one of the team members, SGT LaDavid Johnson, was missing after the rest of the team was recovered. It took two days to find his remains hidden under a tree not far from where the ambush occurred.

After the attack, an investigation was opened up by AFRICOM and my family looked forward to understanding more of the details of the event that took Bryan’s life. As the investigation unfolded, rumors began to spread of a team who had gone rogue acting like a bunch of cowboys. The problem… I knew Green Berets and I knew my husband. They do not go rogue.

While awaiting the investigation results, I received word that CBS News released an ISIS propaganda video made with headcam footage stolen from the body of SFC Jeremiah Johnson who was killed during the ambush. It showed the violent deaths of my husband Bryan, Jeremiah, and their teammate SSG Dustin Wright. The video spread like wildfire across all social media platforms. My children now had the ability to watch their father die on YouTube with the click of a button.

Six months after my husband’s death, I finally sat in a briefing room with investigators ready to get details about the ambush. The officials from AFRICOM wanted me to trust them, to accept their version of events. Yet they were not able to give me a detailed timeline of events on the ground nor answer many of my questions. They stated that the team was at fault for the ambush and some would be punished.

At a media briefing on May 10, 2018, General Waldhauser, then commander of AFRICOM, stated:

“The special operators on the continent (of Africa) are serving well. based on my observations, this particular  team is not indicative of what they do.”

I watched dumbfounded as my husband and all those who fought and died alongside him were dishonored by the very leaders who had ordered the mission.

I am a military spouse who expects her husband’s sacrifice to be respected and honored by those at the highest levels and when I must… I will demand it. That day I decided I was done waiting for the military to be honest with me and bring me the truth, I would find the truth out for myself.

After the General dishonored the men so publicly, I vowed to learn the detailed timeline of events on the ground. I interviewed the surviving team members, individuals who were at the AOB during the ambush, upper-level officers, a heliborne unit commander who was involved in the incident, and a former SocAfrica commander. I used the truth to pull apart the lies AFRICOM told in their redacted report and show who was truly responsible for what happened that day.

The result is Sacrifice: A Gold Star Widow’s Fight for the Truth, published by Putnam several months ago.

I will always be the former wife and now widow of Bryan Black. That is why today I feel it necessary to state that justice still has not been served. As long as our own military lies to the families of the fallen and lays blame upon those they sent into harm’s way, justice will never be served completely. The day the military stops protecting officers over enlisted soldiers and laying blame at the lowest levels when the top brass fails, that is the day every family in my position will be able to say that they have seen justice prevail. Killing bad guys is the easy part. Making honest men out of our political-military leadership  – – now that is the real challenge.

Michelle Black is a mother of two boys, a Gold Star wife, and an author. As the first woman in her family to graduate high school, she attended California Polytechnic State University where she graduated with a degree in environmental sciences and horticulture. Michelle has a passion for writing and has been published in the New York Times, The Daily Beast, and Task & Purpose. She lives in Washington State.