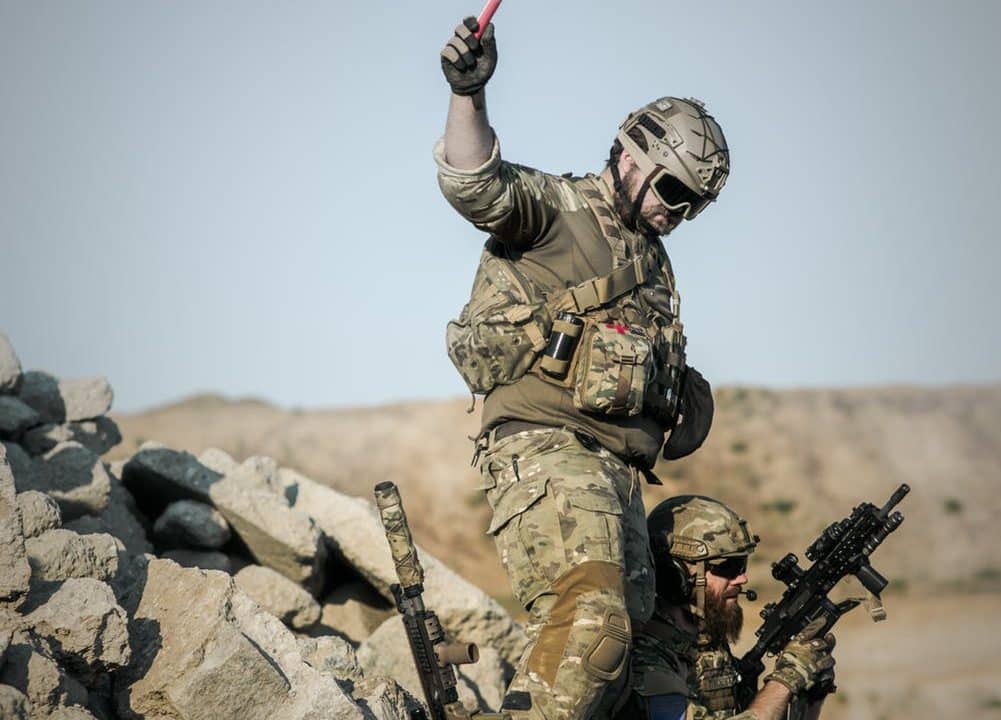 I’ve been listening to Sabaton’s new album, The Great War, a lot lately. It’s good, y’all. Check it out.

There are several tracks that both my kids and I enjoy. Attack of the Dead Men is a dark and spooky ode to the defenders of Osowiec Fortress, who, according to legend, made a final charge after being hit with gas that should have killed them. Devil Dogs is a bombastic, roaring tribute to the US Marines at the battle of Belleau Woods. You can’t help but cheer for the crayon eaters when that comes on. The Red Baron pays homage to the most famous fighter pilot of all time, Baron Manfred von Richthofen, and soars to appropriate heights with unabashed glee. And, of course, Fields of Verdun gives listeners a glimpse into one of the bloodiest, and longest, battles in history. It has a kickass music video, too.

But far and away, one of my favorite tracks is 82nd All The Way. It tells the story of Sergeant Alvin York, the most famous American hero of the First World War. Take a second to watch the video, then come back and read the rest.

For those of you who don’t know, Alvin York was born into a poor family in the Great Smoky Mountains. Growing up in abject poverty, he had to learn to hunt from a young age if he wanted to eat. This, naturally, meant that he was an excellent marksman, because like many of us, he was fond of not starving to death.

Like most young men of his age in that region, he spent much of his youth drinking, gambling, and brawling. That is, until the death of a close friend made him forsake his ways and turn to the church. He became deeply religious, and a staunch pacifist. So much so that when the war finally made its way to his sleepy mountain community, he filed as a conscientious objector. His request to stay away from the fighting was denied. After much soul-searching, and no small amount of convincing from his commander and chaplain, he decided to give it his best.

Unlike many in later years, who would claim religious or moral objections to fighting simply as a way to stay out of war, York was no coward.

On October 8, 1918, York and his men were part of an American push into the Argonne Forest, a hotly contested piece of land that the Germans were rather keen on holding onto. He and his squad were separated from the main force, and found themselves lost deep in the forest. They stumbled onto a group of German soldiers completely unprepared to defend themselves, and promptly surrendered. However, a nearby machine gun nest opened fire on both York and the surrendering Germans. As his best friend lay dying in a pool of blood, the legend of Alvin York was born.

York singlehandedly attacked the nest. He killed as many as 25 men with his backwoods Tennessee marksmanship, and then killed another six with his pistol, as they charged with bayonets. The rest of the Germans, stunned by York’s insanely good shooting and possibly his epic mustache, surrendered.

On their way back to the lines, York and his tiny group of survivors encountered force after group of exhausted Germans, most of whom surrendered without a fight, although a couple took some persuading. All in all, the soon-to-be Sergeant captured 132 Germans, including four officers, and several machine guns. His actions allowed the Americans to renew their attack. According to French Field Marshal Ferdinand Foch, York’s feats were “…the greatest thing accomplished by any soldier of all the armies of Europe.”

That’s more than a little badass. But what’s possibly even more badass is what York did with his post-War fame.

York consistently refused to use his fame for personal profit, instead championing a variety of charitable causes. Growing up poor and relatively uneducated gave him a deeply personal stake in pushing for education and modernization in the Appalachians. He even went so far as to only sign off on the creation of a movie about his life and deeds in The Great War to fund an interdenominational Bible school for children in the area.

There’s no doubt that Alvin York was, by all accounts, a great man. Now, more than ever, America needs more people like him.

The Global War on Terror (GWOT) doesn’t really have any national heroes like Sergeant York. Despite the fact that he ended up as a Colonel in the Tennessee National Guard, he was most famously and fondly remembered as Sergeant. Chris Kyle was about the closest we had, and his legacy was marred by a number of controversies. Although tales of mighty deeds abound, no one has reached the level of celebrity and acclaim as a humble man from the backwoods of Tennessee.

And yet, veterans of the GWOT, possibly more than any other generation before them, have devoted a lot of time and energy to exploiting their status as veterans for a variety of causes. Numerous veteran-owned and operated companies have created jobs, donated tremendous sums to charities, and have worked hard to make life better for people across the globe. For example, I’m a fan of Combat Flip Flops for the work they do. Plus, they make shoes in my size, which is no easy “feat”. Props to them for catering to the occasional Sasquatch.

There’s no doubt that we live in troubled times. America is facing its greatest challenge since the Civil War. If it’s going to pull through, it needs us, its servicemen and women who signed on the dotted line, to keep on serving. It needs us now, more than ever, to continue the work started by York. If a plainspoken man from the poorest part of the poorest region in the country could have such an impact in the days before the Internet, just imagine what we could do today.

This first appeared in The Havok Journal on August 23, 2020.