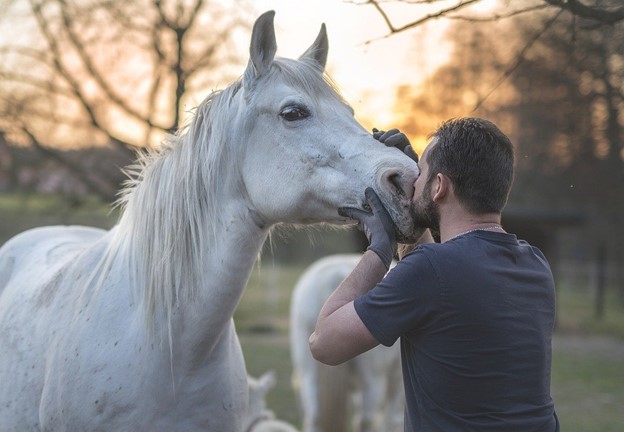 This first appeared in Frank’s blog on March 31, 2018. It is republished here with the author’s permission.

Tracy is a tall man. He dresses like a cowboy because he is one. He sports a black Stetson. He has a belt buckle that is as big as a dinner plate, and he wears cockroach-killer boots. He has black hair and thick glasses. He has a weathered, brown face. He smiles easily and speaks softly. Tracy is sixty years old, my age.

Tracy doesn’t usually go by that name. His nickname is Ch’ing, and that is what most people call him. That is what I will call him. No, I don’t know how he got that nickname.

Ch’ing is a member of the Assiniboine tribe. He knows his history, both family and tribal. Ch’ing’s great-grandfather was fourteen years old when he fought at the Little Big Horn. This great-grandfather killed two men in battle. Afterward, the man had a price on his head and he fled to Canada with other members of the tribe. Eventually, Ch’ing’s family wound up at Fort Belknap. Ch’ing comes from a long line of warriors. His daughter, Brandi, fought as a soldier with the U.S. Army in Iraq. So, the warrior tradition continues in Ch’ing’s family.

I talked for a long time with Ch’ing. He is a horseman. I am not. Ch’ing knows everything about horses. I don’t. Ch’ing did a lot of talking. I mostly listened.

Ch’ing said, “They don’t even need to ride the horses. They just need to be with them. The horses know when a human is hurting. They take on that hurt. Then they roll around on the ground, and they shake off the hurt. A horse will do anything for a person. A horse will even die for a person. We lost a lot of horses when my daughter and my nephew were in Iraq.”

We talked about veterans and how hard it is for vets to come home. Ch’ing told me,

Ch’ing went on, “Christianity really screwed us up. They (the white people) told us that to kill was a big sin. They said that we would go to hell. But the warriors did these things in battle. These acts were war deeds, and they were honorable and noble.”

Ch’ing made me think of Hans. Hans never had any ceremony to bring his spirit home from the war. Very few people cared about what he did or what he suffered. Some of the people who actually did care only wanted to brand him as a killer. Nobody has ever honored our son as a warrior. The Native Americans do that for their own sons and daughters. They still believe that physical courage is a noble thing.

Ch’ing told me more about the horses.

“I blow into the nostrils of a horse so that he gets my smell so that he knows me. The horse calms down when he knows me. Sometimes I spit in my hand and the horse licks my hand so that he can know me.”

He went on, “I have children that I call my grandchildren. They are in foster care, but I have adopted them. “Foster” is an “f” word to me. I let the children lead the horses. The one girl’s face lit up when she be with the horse. She was so shy before that, but then she started talking. The horses have helped her to heal.”

Ch’ing kept talking, “We have to protect our women and our children. We have to heal our returning warriors. The drugs, the booze, the domestic violence; they are all there because people’s spirits are wounded. Our people, our families need to heal. We have to help them.”

This first appeared in The Havok Journal on February 18, 2021.