HomeCulture4 Misconceptions and Outright Lies about Veterans with PTSD 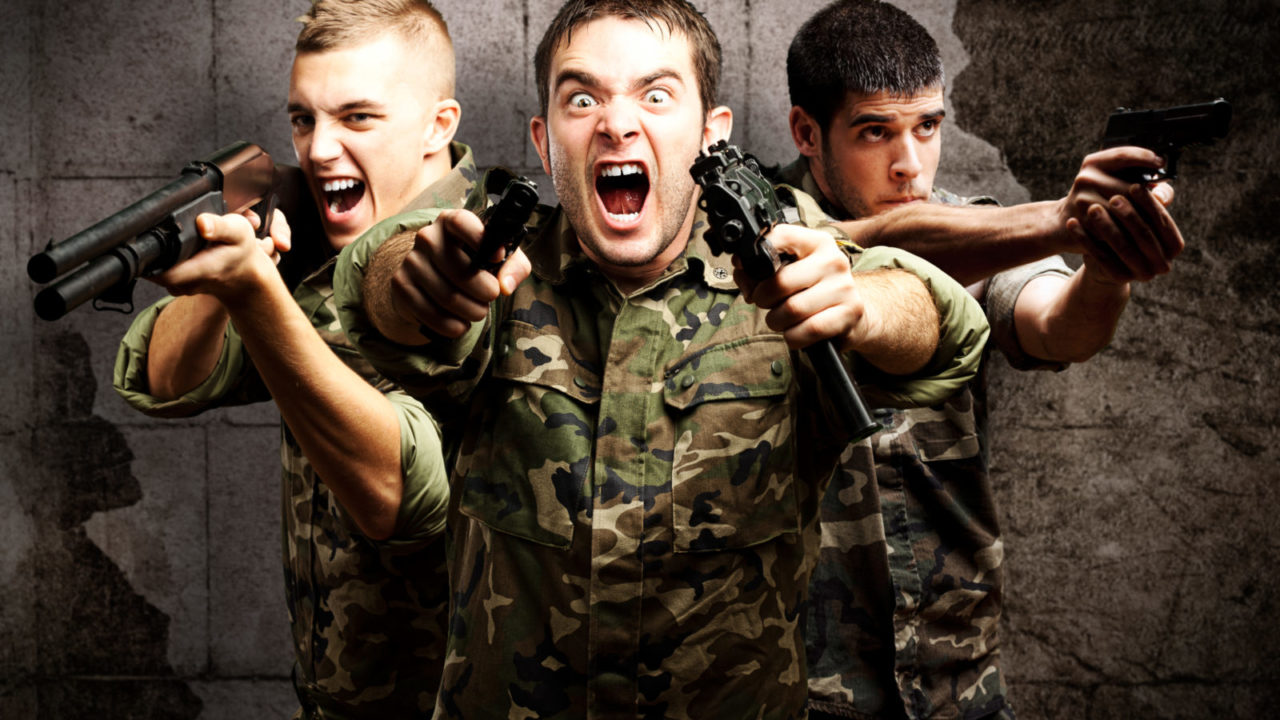 If you are a Veteran of the U.S. military, especially one that served in any combat zone from Vietnam to Iraq and Afghanistan, you have undoubtedly been faced with misconceptions that many civilians have about Veterans and military service. For the most part, these are innocent and come from nothing more than a general lack of education on Veterans’ issues. Then there are those ideas that are untrue and do nothing but corrupt society’s views about Veterans. The most damaging of all of these are the ones that have to do with the Veterans who have Post-Traumatic Stress Disorder (PTSD).

It is understandable for the average American citizen to have some serious misconceptions about Veterans with PTSD because, according to the Defense Manpower Data Center¹, as of 31 January 2015, there are 1.4 million Americans who are Active duty military, or 0.4% of the U.S. population. [Editor’s Note: 1.3M as of September 2017] According to Veterans Administration (VA) numbers, as of 2014, there are a total of 22 million Veterans in the U.S. Adding both numbers, only 7.3% of the US population has ever served in the military (WWII to current conflicts).

As of 2014, approximately 2.6 million are Veterans of the post-9/11 era. So 96.7% of the U.S. population has never served and therefore cannot relate to Veteran’s issues. So most repeat whatever they have heard on the news or read or heard somewhere. In my opinion and from my experiences, this is made worse by the fact that many people who work in health care don’t seem to have a much better grasp of this subject. As someone who works in the medical field, I have seen this, first-hand, and have had some intense discussions with health care providers about what it really means to live with PTSD. As we proceed, I want to address four primary misconceptions and/or outright lies.

1. VETERANS WITH PTSD ARE CRAZY

This couldn’t be farther from the truth. Many people have based this misconception on what they’ve seen in movies, heard on the news or maybe heard from someone who “knows a Vet” or

has a “friend who knows a Vet.” Veterans are not crazy. Period. Can PTSD affect behavior? Yes, yes it can, but this does not mean that the person is “mentally ill” or “crazy.”. Part of the problem with this is that people don’t understand what it’s like to come back from a combat zone and have to adjust to a world where people can’t relate to what you have experienced.

This is made worse when a Veteran makes the news due to some unfortunate event and all that the news talks about is how “sick” they are or how they didn’t receive the proper help for their “mental illness”. Rarely do they talk about the fact that the person had substance abuse issues because they were trying to deal with the issues themselves, which in my experience, is much more of a factor than the PTSD.

2. VETERANS WITH PTSD AREN’T FIT TO TAKE CARE OF THEMSELVES

This is a lie. No questions asked. The mere diagnosis of PTSD does not mean that the Veteran is so dysfunctional that they cannot care for their families/children much less themselves. Plenty of men and women have been diagnosed with this and go on to live happy and productive lives in their communities.

3. HAVING PTSD IS THE SAME AS HAVING A MENTAL ILLNESS.

This is a common misconception and probably the most damaging to Veterans. As I stated before, many Veterans are diagnosed with PTSD and live full lives with or without the use of medication or therapy. It can be rough at first, but if you have the will to do so, and some form of support, it is possible. PTSD is a completely different animal than any mental illness. Take something like bipolar disorder for example. This is a mental illness that unless closely managed, will keep an individual from living a normal life in most cases. This isn’t true for PTSD. Something as simple as having a therapy dog or a Veteran’s group where they can talk to other people who have been where they’ve been could make all of the difference in the world for a Veteran.

4. VETERANS WITH PTSD ARE DANGEROUS AND SHOULDN’T BE ALLOWED TO OWN FIREARMS

This is one of the biggest misconceptions/lies out there. Just stop and think about this for a second. A Veteran has proper firearm handling techniques and has had safety drilled into their head for the entire time that they are in the military. Not to mention the fact that most Veterans have spent years with a loaded firearm on their body at all times. If anything, Veterans are less likely to have an “accident” with a firearm. Plus Veterans understand something that is called the rules of engagement (ROE). This governs how you engage the enemy while deployed. This equates to understanding gun ordinances in their community and state. For the most part, Veterans are very good at using good judgment under stress.

The last thing I will say about this is that someone who volunteered to serve their country and lay their life on the line to protect it, should not be denied their Second Amendment rights just because some anti-gun nut, politician, or nosy neighbor doesn’t like guns or understand Veterans.

The primary thing that I hope that anyone who reads this understands that they don’t take what the government, the VA, or Joe Schmo from around the block, as the ultimate truth about Veterans or PTSD. Sure sometimes they get it right, but if you really want to know and have some sort of understanding as to what it means to be a Veterans and to deal with something like PTSD, go find a Veterans group and let them educate you on the subject. You might find that everything you thought that you knew about Veterans and PTSD was wrong.

This first appeared in The Havok Journal on November 1, 2015.