HomeCultureMilitaryFrom a Warfighter to the American People 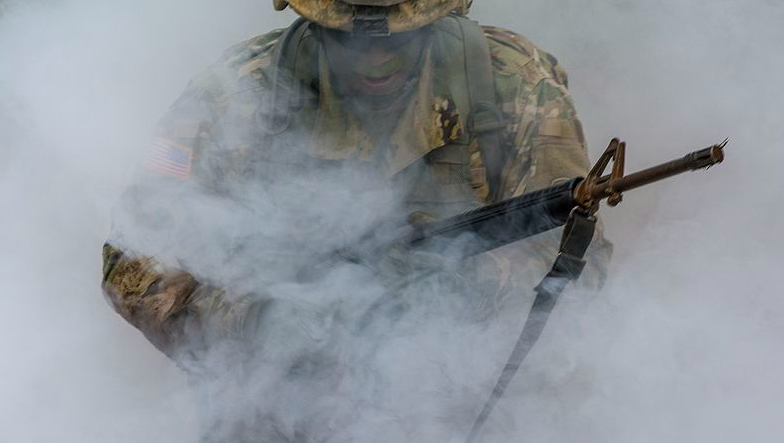 Author’s Note: All opinions expressed in these letters are solely those of the author and do not reflect the stance or perspective of the author’s Chain of Command, U.S. Army, or Department of Defense.

To the American People,

Our country rests upon the precipice of disaster. Faith in institutions is waning, trust in our fellow citizens deteriorating, and any attempt to rally the country together seems born convulsing into its own death throes. And this is no surprise to anyone, if I say we are a nation divided I am met with knowing nods and understanding faces. Given the current climate, it does not take the deductive reasoning of Holmes and Watson to understand why the defense of this nation has fallen to a wholly undesirable state. Who wants to fight for a nation toying with its own destruction? Who wants to send their children to defend ideals not universally accepted? Service to the country is now understood as a vehicle to further one’s own goals and ambitions, not remove self-benefit from the equation so the collective may thrive.

Yet service is what is needed, now more than ever before. We are not engaged in an open conflict, nor do I think we should build our forces to rush headlong into the maw of combat. Threats continue to emerge and grow more defined by other nation-states and autocrats bent on the domination of free will, but this is not a fight we needlessly rush in to lose. However, we must prepare and stand ready. Never before has so much been required from so few. Our sons and daughters in uniform deserve to stand between us and the enemy without their strength being continually sapped by the benefactors of their vigilance. We are killing our best defense because we are too selfish to allow those with alternate beliefs and convictions the benefit of civility and comradery. This must end.

In politics, the term ‘fight’ gets thrown around with blatant disregard for its consequence. To fight something does not simply imply to civilly object; instead, it is defined by the attempted destruction of opposition. Any other definition or understanding is lacking. There should be no ‘fight’ in our political discourse, and yet the following statements continually find their way into the national conversation.

These are all points of contention that certainly deserve debate, but do not merit the destruction of our collective identity. We must build upon the ideals charted in America’s founding documents by finding and celebrating commonality and accepting one another’s differences as part of the beauty of human existence.

It is from this perspective that I ask three things from my fellow Americans. These requests are made to ensure the survival of our Republic so we may continue to shape human history in a manner that allows our children to experience life, liberty, and the pursuit of happiness.

First, return to the charge presented by John F. Kennedy and question how you may add to the collective benefit of your fellow citizens, especially those of a different political conviction. As a Republican, how can I selflessly serve my Democrat neighbors? As a Democrat, what might I contribute to the welfare of my Republican compatriots? One non-partisan approach (that is in dire need currently) would be to truly serve in the Armed Forces. This would ensure America maintains the freedom and room to grow back into the greatest nation ever known.

In that same vein, if you cannot serve, encourage your children to aid this nation through civil, civic participation, and voluntary military duty. Our country is in need of an infrastructure renovation, and no place is this more important than the rebuilding of the bridges that unite us as a people. We can all gather behind the same shield, but that shield must be wielded by a strong arm. Do not emaciate that arm by allowing division to prevent the exercise of collective defense.

Lastly, elect officials not on their dogmatic stances, but rather on their humanity first, then on the policy positions you support. It is growing more difficult to track all of the various issues that may plague our people, so let us refocus our effort on selecting from among our citizenry those who are capable of reasonable debate and peaceful collaboration. This means relegating our fight to those that oppose our existence as Americans, not those who differ in opinion on how we should conduct ourselves as a people. It is a difficult truth to accept, but access to freedoms means nothing if we do not value such freedoms for those with different policy prescriptions.

This country is defined by the uniting ideal that all people are created equal. Ideals change and perspectives shift with the passage of time, but the value of the individual does not alter. We must maintain that the inherent value as people of those “across the aisle” surpasses their personal convictions. Let our voices resonate through the selections on our ballot, not the combative echo chambers of our media. We can continue to progress toward a future that maintains the liberties endowed to us as human beings. But that means we must sacrifice the supremacy of our ideals in favor of the love of our neighbors, and there is no better place to start than in the confines of a shared foxhole.

With sincere hope for our future,

Taylor Anderson served in 2nd Ranger Battalion from 2007-2012 and currently serves in the Army National Guard as an infantryman.