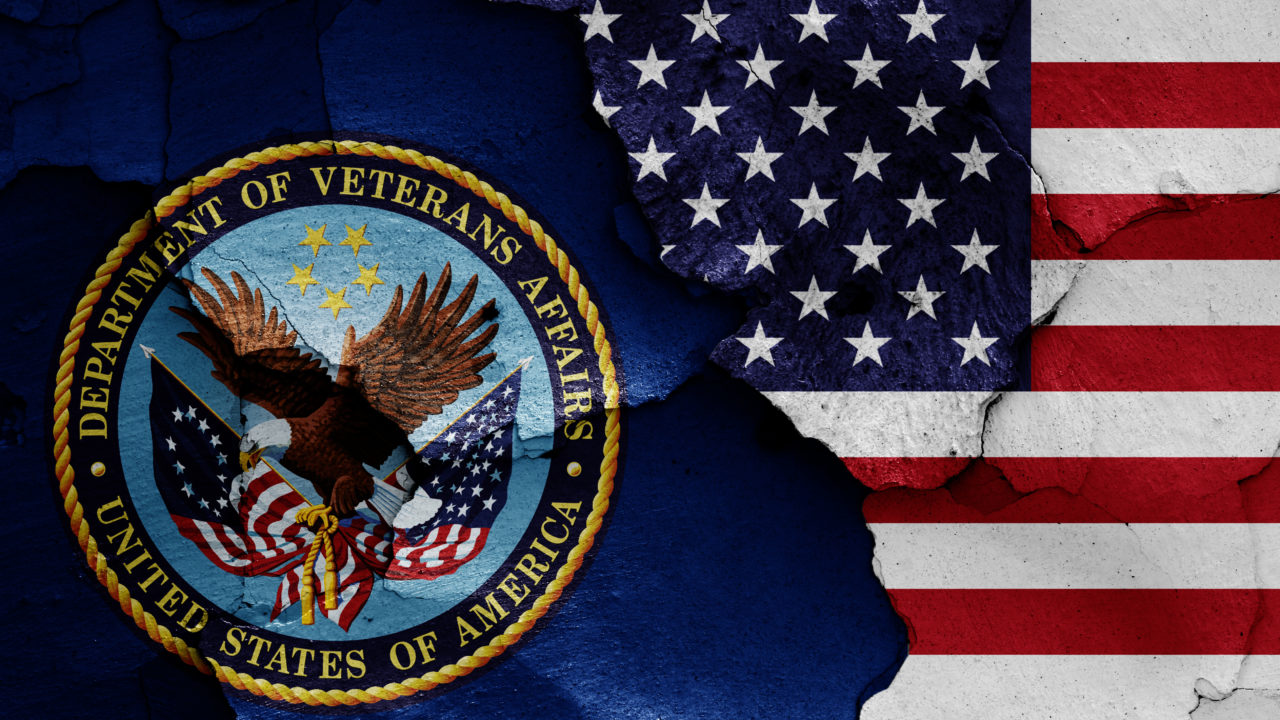 I have tattoos. Like most vets, my ink represents my time in service. Like most former paratroopers, my stuff is mainly Airborne related (shocking, right?). Because of my current cop job I have to keep them covered so everything is pretty much concealed by a t-shirt.

I’m at the pool with my kids. My shirt’s off so I’m flying the flag, tattoos visible for all to see.

A heavyset guy in his 50s yells to me from the shade of an umbrella, “Did you serve in the military?”

I have to think for a second. I recall hearing the term before but I can’t remember what it means. I’m 47 and have been dropped on my head a few times so my memory isn’t what it used to be.

I don’t respond because I’m not sure what he’s talking about.

He clarifies, “Do you have a service-connected disability?”

He asks, “You want free state tuition for your kids?”

I think, hell yeah! Who wouldn’t, but I see where this is going. I’m about to get a sales pitch.

“Thanks, but I’m not disabled”.

“Are you sure? Do you have ringing in your ears?”

I respond, “WHAT!?!” in a loud voice. He either doesn’t get the joke or chooses to ignore it.

He tells me, “That’s considered a service-connected disability”.

I tell him I’m good. He tells me he’s part of a local veteran’s service organization and to look him up if I want to file a claim. I break contact because I don’t like the direction the conversation is taking. Besides, it’s my day off and I have beer to drink…

This isn’t the first time I have been approached in this manner. At a Veteran’s Day event a few years back another guy approached me. Another guy from another Veteran’s advocate group. He provided me with a menu of ailments to choose from that would get me money from the V.A. and told me he’d help me with my claim.

In the back pages of a magazine published by a major veteran’s group you see vets posting ads that say things like:

“Looking for anyone who served with me at Ft. Dix in 1987 to substantiate claims of chemical exposure”.

It seems an entire cottage industry has developed over the years to facilitate veteran disability claims, legitimate and otherwise.

I put the last two points in bold letters to make sure the internet trolls and haters read them. You know, the ones who have nothing better to do than attack fellow veterans in the comments section. They generally don’t read the entire article, probably because they get hung up on the big words. They see a title, read a few lines, and go into attack mode.

I wrote an article for The Havok Journal about getting basically strip-searched by TSA at an airport while in uniform. The trollers jumped off their couches and attacked, spilling their hot cocoa with petit marshmallows in the process. One former First Sergeant lambasted me for not being a quiet professional and keeping my time in the service to myself. I went to his Facebook page and discovered it was covered with images of him posing proudly in his Class As. Good job Top, next time try sounding out the words you don’t understand…

Anyway, where was I? Oh yeah, disabled vets…

The focus should be on those with legitimate claims, not folks trying to get extra cash or a free college ride. It’s those less than credible claims that gum up an already slow claims processing system. They also portray veterans in a bad light, people looking for a handout.

It would be great if there was a little something for the guys who didn’t put in their full 20 years and didn’t qualify for disability. For me, I got the afore-mentioned tattoos and a lot of TA-50 taking up space in my garage (all legitimately acquired of course). I live in a state where Veterans’ benefits suck compared to others. I did get a V. A. loan to buy my house though, so I got that going for me.

Regardless, I don’t expect anything else and I’m not willing to compromise my integrity to get it.