HomeCultureMilitaryCamp Pozzi: An Excerpt from a Former Polish GROM Operator 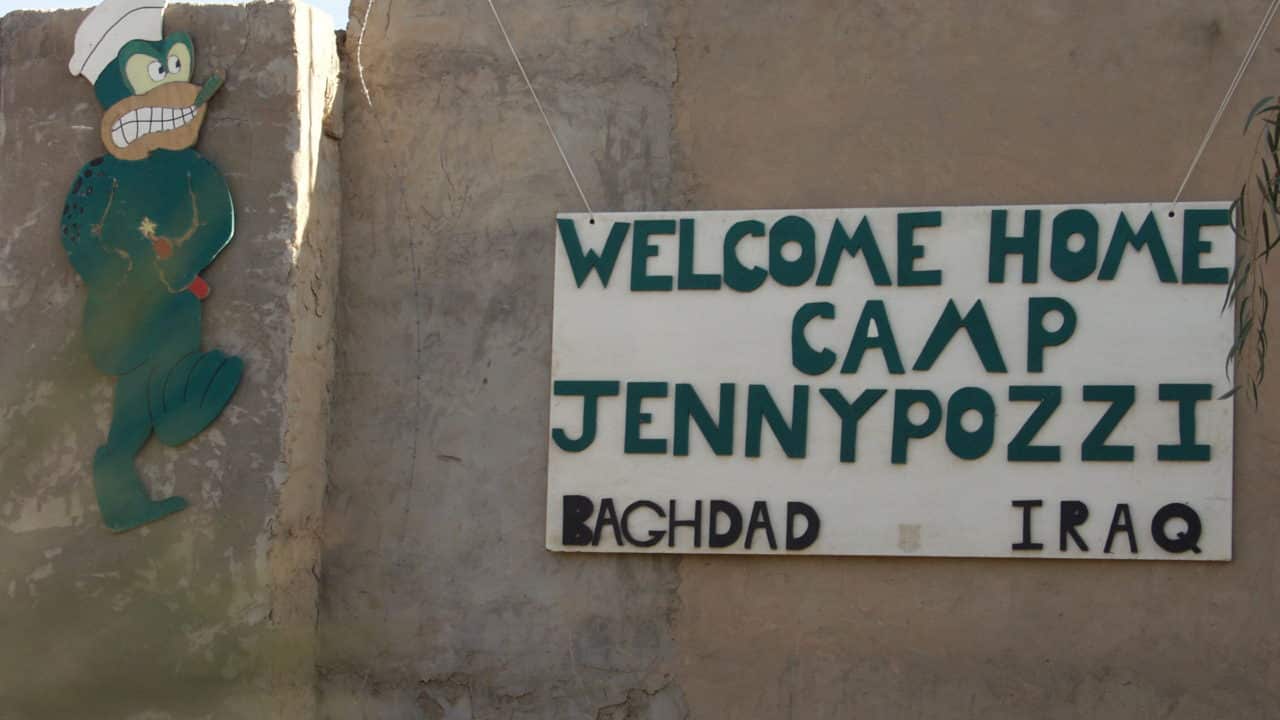 We, at The Havok Journal, are honored to have met Polish GROM Operator, Naval Polska, at an exclusive party hosted by Ben Thomas, Lemba Rum, and Alma de Agave Tequila at SHOT Show. With Polska’s permission, we are going to be sharing excerpts from his books throughout the coming months. The books are currently being translated to English and will be available for purchase soon. We will announce when they are available. Follow Naval Polska on Facebook by clicking here or follow him on Instagram at @navalpolska. The following is an excerpt from Naval’s book, Camp Pozzi. This first appeared in The Havok Journal on February 12, 2019.

“Anybody home?” Right from the very threshold of our bungalow reached us a hoarse voice of an elderly gentleman. The voice woke us up at high noon of our first day amid date palms of the settlement outside Saddam’s palace, somewhere at the outskirts of Baghdad.

Our shared English proved to be good enough, so we were able to freely exchange greetings with our visitor and learn what he wanted from us, or rather, as it turned out, what that elderly fellow could do for us in our Iraqi reality.

“My name is Pozzi, Bill Pozzi, and I am the boss here,” he introduced himself to us, clad in American uniform pants and a brown T-shirt. “ In case you need anything, lads, just bring me the list, and I’ll take care of that, or, if you’re in need, I’ll do the shopping in PX.”

That was how Bill Pozzi greeted us. At one time he might have been a strapping lad indeed. But in spite of age, he lost nothing of his military appearance and his small tummy only sort of dignified him. He brought us a box full of batteries.

“In this climate they run out in no time, guys, and as you generally operate at night, each of you must have a large supply of them,” he explained, putting the box on the table.

That is how I remember my first encounter with Bill Pozzi. Our visitor turned out to be one of the most aged, if not the most aged Navy SEAL in the history of that legendary US Navy unit, and he was a legend already in his own lifetime. His vast experience and involvement impressed people, and his age was only his advantage – Pozzi’s knowledge on how military bases, like ours in Baghdad, work, and on what is to live on the base, seemed unlimited. He continued to inquire us on practical, mundane matters, on things so common and ordinary that one is sometimes prone to forget them, even if they are a part of the soldier’s daily life.

Bill Pozzi volunteered with US Navy when most young male Americans did their best to steer clear of military service. Some of his mates even used cues to break their joints, or feigned football injuries, fearing “fit for duty” opinion of the draft board, which meant unwanted conscription. But no wonder: in late 60. Indochina was the scene of heavy military activities (the Vietnam War), and after all not every young guy had a warrior’s soul.

Pozzi served first in the Navy Reserve. He firmly believed that it was safer there than in the infantry. He told us he’d served on a submarine but he didn’t like it. The vessel was as old as the hills and must have been operational during the Second World War. Pozzi was a diesel mechanic. Very often he went to bed with his head so grease-smeared that it kept slipping down of the pillow when he was asleep. But then he heard of the Navy SEALS and he found his place in their ranks for a long time (all an all for thirty years). At first, he told us, he thought that Navy SEALS had something to do with the “Sea Hunt” TV show with sunny beaches, girls, beer, and all that, so why not enlist? Thus on the very first day of our war service we got to know an authentic SEAL who began his service in Vietnam jungle. And after every one of us has seen the Rambo – “First Blood” film?

During his service in Vietnam Pozzi, with other SEALS, secured one of the beaches before the Marines arrived. It was there that he confronted the enemy, took part in many combat missions including patrols. In later time he also secured the landing of Apollo 12. He volunteered to this task, which was by no means easy – when it was all over he was just as exhausted as the astronauts who returned from the Moon. So that was how he became the first SEAL to meet the Apollo 12 crew, he was proud to hear his name mentioned in TV news services. But when he volunteered to the first Gulf War in 1990, the Medical Board rejected him; being 54 years of age, he heard he was “too old, too plump and too dull” for further duty.

However, being an outstanding expert he was sent to Iraq to greet us later on, in 2003, in Baghdad. Nobody reproached him that he too aged, not to mention reproaching him for his tummy. Pozzi played a major part in the task of getting our base ready. He built its infrastructure from scratch, took care of our supplies and he was also a dab on our vehicles. And he was a very generous man – he raised money in the base for a Catholic orphanage in Baghdad. But inside he remained the warrior until the last days of his service – occasionally he took part in combat tasks. The guy just adored the fight throughout his entire career. No wonder then that our base was named after him – Camp Pozzi. Jenny Pozzi Camp to be exact. Pozzi had a daughter, who was also in the service. He said that since there is a will to name the base after him, let be in honor not of him, but of her. Hence the full name of our base was Jenny Pozzi Camp.

Naval Polska served in GROM for fourteen years as the operator of a combat unit. Most of his time in the unit he spent on foreign missions, among others in Lebanon, in the Persian Gulf, in Iraq and Afghanistan. He was decorated with highest combat medals awarded in Poland for personal valor accomplished abroad, including the Knight’s Cross of the Military Cross, granted for outstanding military merits, and the Commander’s Cross of the Military Cross granted for most outstanding valor with risking one’s life. He also has the GROM Gold Badge, which is most honored by the GROM personnel.

In 2012 he was a consultant of “Medal of Honor Warfighter” PC game. One of the two characters of GROM soldiers (which can be an avatar of the player) was modeled after Naval. He is the author of several books: Surviving Belize, You Snooze, You lose, The Gulf, and Camp Pozzi, describing the long way one has to come in order to become a GROM soldier and showing how the actual military service looks like. During his foreign missions, Naval had the pleasure to meet Chris Kyle, Mark Owen, and many other great U.S. Navy SEALs.

After transitioning out of the GROM, Naval began to support with his knowledge and experience charity and non-governmental organizations, including Polish Humanitarian Action, and uniformed services. He is involved in social commitment (he does voluntary work for the Warsaw Uprising Museum) and runs his own Naval Polska company. He is committed to physical activities, participating in extreme obstacle races like Runmageddon, and in ultra-long races. He was one of the hosts of the TV show Expedition, produced for Discovery Channel Poland.