HomeCultureMilitary“BOLO”: An Excerpt From Aaron Kirk’s “The Hill” 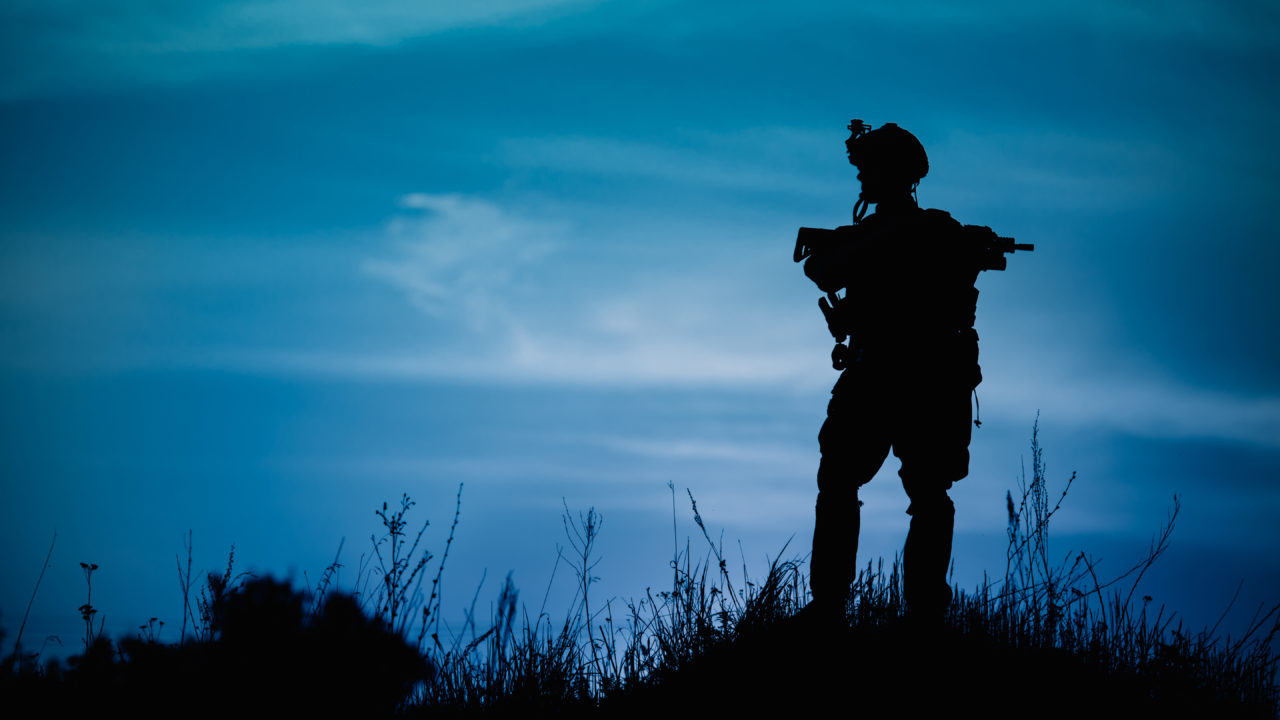 Editor’s Note: This is the second of a four-part run of excerpts from “The Hill,” an Afghanistan War memoir by Marine Corps veteran Aaron Kirk. You can read the first excerpt here, and you can also find print and electronic versions on Amazon, and you can read a great review published in Black Rifle Coffee’s “Coffee or Die” magazine.

Three weeks after his wounding Jason comes back to us on the Hill. He has changed, but not overly so. He still grins from ear to ear any time he’s nervous, or excited, or unsure, or angry, or happy. He’s a few pounds heavier on chow hall food. He shows us his collarbone, where the scarring and holes from ball bearings and rock shrapnel are healing but not all the way healed. He says he’s mostly okay. His arm is weak. He missed having his weapon on him while he was gone.

He tells us that after he and Doc and Cody got in the vics at the bazaar they drove to Durzay, where Two-Bravo worked on Cody with Doc and the battalion surgeon. From there Cody and Jason were evacuated to the nearest trauma center, COP Payne, overland, in the same vehicles. As they were driving the air cleared, so midway through the movement a medevac bird was called again, and this one landed and shuttled them away, over the Helmand River, to the west, where they landed at the COP and were moved into the trauma tent. There they cut Jason’s clothes off. He lay naked on a table while doctors and nurses worked on him and Cody. Stabilized, Cody went on, back to Germany and the States. Jason went to the huge Forward Operating Base, Camp Dwyer.

He spent a few days in Dwyer, out of place, watching movies and eating steak at the chow hall. They threw away his old fatigues when he was at Payne so they issued him brand-new camouflage utilities, non-FROG, non-combat, with no nametapes and no cover. He walked around Dwyer feeling like a recruit in phase one of bootcamp, before they let you unbutton your blouse all the way down. A First Sergeant stopped him outside the chow hall.

Why don’t you have a weapon? he asked. Or a cover? Or nametapes? Or a shave, or a haircut? What the fuck is wrong with you, Marine?

Jason shrugged. I just got blown up, he said.

That almost shut the First Sergeant up. Except for the haircut, which Jason had to go get immediately. The Marine Corps Way can only make so many exceptions.

The First Sergeant was still outside the chow hall when he got back.

One day it’s just Jason and his fireteam on the Hill. He’s sitting on the edge of post one, looking out at the world, his legs a hundred feet above the earth. He is eating expired Skittles, naked except for silk shorts and Oakleys. Easy to spot from far away, as far as the shimmering river in its sunken banks. Pink and green and carefree, dangling off the side of a cliff. Visible from outer space. He pulls a green candy from the bag, and

the earth between his knees explodes. He falls backward, behind cover. He gathers his rifle and peeks over the edge of the embankment. Through his optic he scans the nearby village of Hajji Zulmai to see if he can spot the shooter. There is no movement. No sign of any sniper. No sign of anything at all. Just a warm, lazy afternoon under the Helmand Sun. He’s gone, whoever the shooter is. Jason is chasing ghosts, the same way he did before he was blown up, the same way all of us will chase them for the rest of the deployment and for the rest of our lives.

Jason spends the rest of the day looking through the optic of the TOW missile launcher. He stays well-covered and out of range. He picks Skittles out of the dirt and eats them one by one.

Durzay calls up and tells us there’s a BOLO out for a white Toyota sedan heading toward the Helmand River. They say we’re supposed to go out and trap it in a quick vehicle checkpoint. Hurry, they say.

This is a problem, I reply. Most of the Afghan soldiers and half of my squad are at Durzay right now with Terrance, loading up on pre-workout and Copenhagen from the PX Truck. Doesn’t matter, they say. Needs to be done. Came down from higher. Roger, I say. I don’t know who I’m talking to and I don’t really care.

I tell Jason to take his team and do the checkpoint, get out on the road and make himself very visible to the GBOSS camera so whoever this is so important to can tell we did it. Three Marines and the last Afghan soldier head out. I watch them with binoculars.

Suddenly I realize I am the last person on the Hill. There is not a single Marine within a hundred yards of me. For the first time this deployment I am completely alone. A sense of overwhelming freedom warms me from the inside out. Privacy, solitude. Freedom from choice and responsibility and the need to tell people what to do. I sink heavily onto the camp stool on Post one. I stare at the sandbags. I am alone, and this produces endorphins, yet just as suddenly as my sense of freedom comes to me, a sense of anxiety rushes behind it, stopping me, battering me with waves of nervous apprehension. The thought of being without backup on the Hill ferments a rising panic deep in my stomach. Like heartburn, it rises through my esophagus, into my larynx, and my throat, seizing me wordless as I try to swallow. I think about blind spots. I don my body armor and grab my rifle with a death grip.

I am alone, and I really am alone, just one guy on a Hill, surrounded by ghosts who are trying to end me. I am certain that they would take any opportunity to cut me from navel to nose. We have been attacked with bombs and booby traps, but never up here. It would probably take only a small contingent of Taliban to overrun the position. I am sure someone wants to fight me here, to breach the c-wire and engage me, tear me apart, knife my liver while my body freezes from fear. I do not know if they could kill me, and I do not know if I would even have warning before they did.

On my first deployment, we had a final defense plan written in black sharpie on cardboard and hung on the wall of the firebase. It was only half-serious. Fight from outside to inside, it said. Fall back to where the chow’s stored. Fight with shovel and fist and knife. Don’t give up the ship. Fight to the last man. Destroy the radios.

But for the Hill, that plan could very likely turn into a reality.

“The Hill” is published by The Second Mission Foundation and is available on Amazon.com.

This first appeared in The Havok Journal on August 10, 2021.