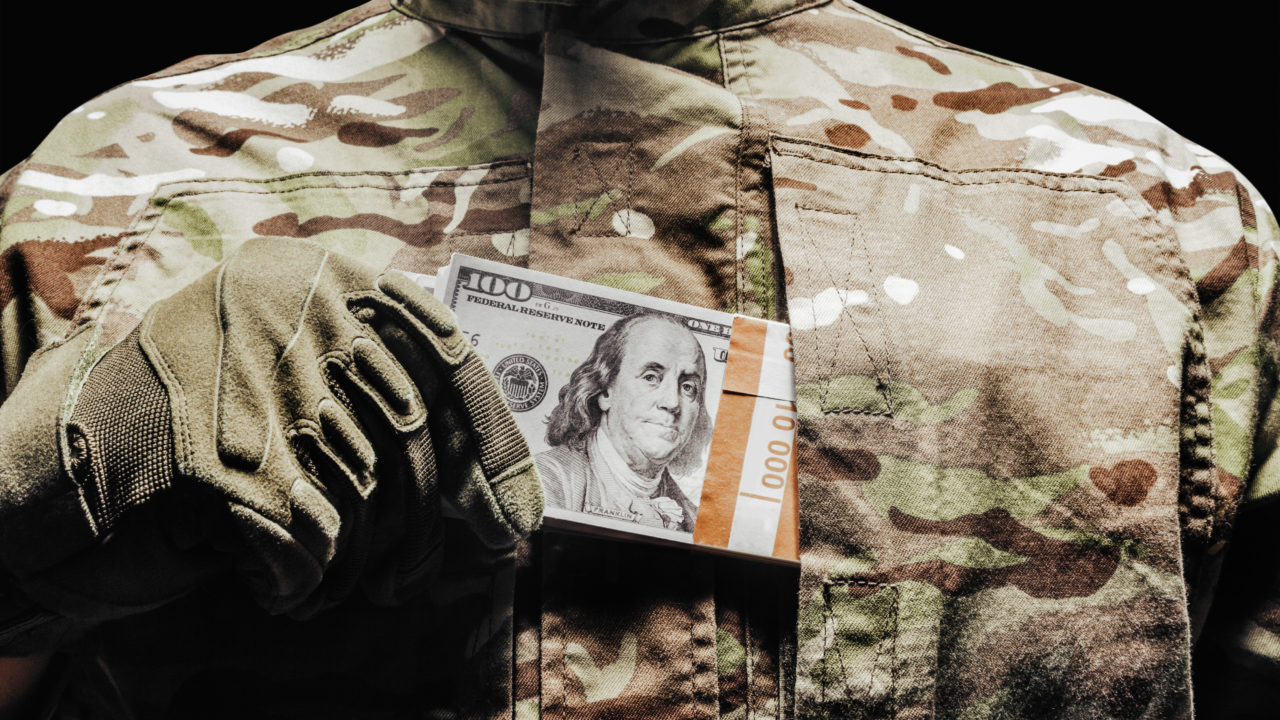 This article represents the opinion of the authors and is not an official position of the U.S. Army or the Department of Defense. This first appeared in The Havok Journal on March 24, 2019.

It is no secret that the present administration has the United States military on top of its priority list, particularly when one considers its budget proposals allocating the latter with significantly more funds. This kind of support should not come as a surprise, considering that keeping the military abreast with 21st-century security challenges stands as a costly endeavor. More than just the continuous provision of military equipment and supplies, the military requires thorough consistency in ensuring that both its enlisted members and commissioned officers are equipped and updated with all the best possible skills and knowledge.

Enlisted personnel are of specific importance for several of the military’s technical requirements since their commitment to the service is accepted based on their occupational strengths. Whereas commissioned officers are tasked with carrying out more generalized responsibilities given their stature, enlisted personnel take after their command in accordance with their tasks at hand. On paper, it may seem that enlisted personnel bear more of the lighter duties available within the military. But such is not exactly the case, since their technical capabilities are thoroughly exhausted by the demanding nature of life in the military. That enlisted personnel are regularly subjected to pressure arising from commissioned officers’ commands alone merits a comprehensive review of their compensation.

There is no question on the higher compensation received by commissioned officers compared to their enlisted counterparts, what with the higher qualifications their respective positions require. Regardless, that should not serve as a hindrance for any efforts to augment even just the base pay for enlisted personnel, not to mention the fact that the lowest-ranked commissioned officer earns as much as twice the amount paid to E-1-ranked members. With that in mind, consider the following constructive talking points on increasing enlisted personnel’s salaries.

Commissioned officers may well be technically-endowed in their own right, but their job requires more of being overseers, hence requiring them to be more flexible. On the other hand, enlisted personnel are often requested to focus on their specific technical undertakings, with opportunities for developing leadership capabilities being limited within their ranking system. As such, enlisted personnel are pressured to make the most out of any task they pick up from commissioned officers, who in turn are more focused on calibrating the general scheme of things regarding missions and other organizational matters. That places enlisted personnel at the core of commissioned officers’ plans, as they are tasked to carry out the “dirty work” by operationalizing matters on the ground.

Increasing enlisted personnel’s compensation allows them to become even more motivated to see military service in a more fulfilling light. After all, working in the military is way different from civilian 9-5 weekday work that can otherwise reward enlisted personnel’s technical capabilities in a variety of ways. Enlisted personnel are practically putting their lives on the line by choosing to undertake patriotic duties over relatively-safer jobs that may compensate better in the long run. Moreover, the prestige that comes with providing technical know-how for the military as enlistees could only do so much, given that the rates provided for enlisted personnel may be comparable with other lucrative opportunities available for them elsewhere. At the very least, a higher paycheck – not necessarily at par with the rates given to commissioned officers, of course – can make enlistment a more fulfilling path.

Patriotism is rewarding in a lot of ways, and the same shall apply in material terms at least when speaking of the struggles enlisted personnel face when being deployed for a variety of missions. Whereas commissioned officers take the brunt of responsibility when it comes to clearing missions and ensuring the integrity of their chain of command, enlisted personnel face periodic pressures in ensuring that they fulfill their superiors’ demands. As discussed earlier, the technical capabilities enlisted personnel possess can easily benefit other worthwhile ventures outside the military. Yet, their choice to commit themselves to situations that can easily turn into life-and-death matters speak more about love for their country.

Having the greatest security force in the world, the United States should do more than just handing its citizens opportunities to become military enlistees by reviewing the compensation given to enlisted personnel as against the actual hardships they experience. Several studies would attest to the ordeals – physical or mental – enlisted personnel face, hence it is crucial for the military to consider making the enlistment program more appealing by at least compensating those realities in the form of enhanced pay rates. That also follows the need to constantly improve other conditions characterizing the lives of enlisted personnel.

Anyone can easily dismiss that innovative prerogatives coming from enlisted personnel can be simply dismissed by their superiors, especially if they do not fit the profile of what commissioned officers in charge have in mind. Yet, that should not be easily taken as a fact of life within the military, given the numerous opportunities in which commissioned officers would utilize ideas coming from enlisted officers under their respective commands. After all, the leadership of commissioned officers over their enlistees is what allows them to harvest ideas beneficial for their missions. In turn, that provides enlisted personnel to qualify for commissioning programs, should they wish to take their patriotic commitments a step higher.