HomeCultureMilitaryRecon, Always With You: Tragedy Strikes Aboard The USNS Pecos 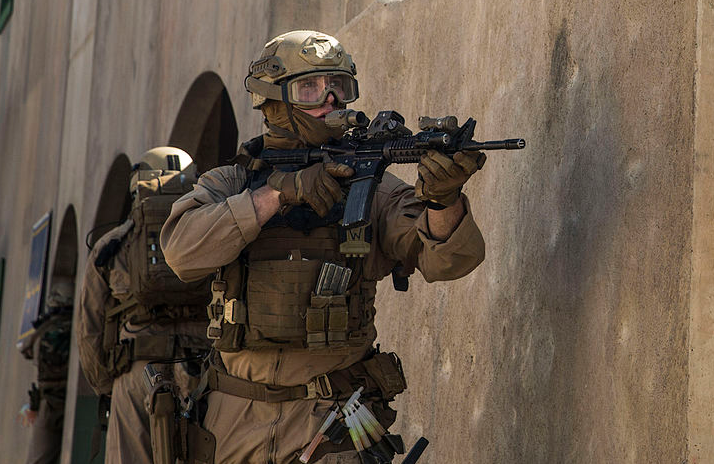 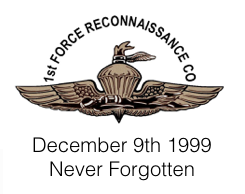 The wardroom rocked gently back and forth as the Bonhomme Richard steamed towards San Clemente Island off the coast of southern California. Captain Eric Kapitulik and Captain James Lukehart finished their VBSS (Visit Board Search and Seizure) brief and waited patiently for the Marine Expeditionary Unit (MEU) commander to speak. Col Richard Zilmer looked down at his notes. VBSS was a complicated mission and this mission was going to be more complicated than most.

This was the certifying exercise that would qualify the 15th MEU as a Special Operations Capable unit and serve as the final training event before departing on deployment to the Persian Gulf.  Col Zilmer carefully reviewed the Operational Risk Management (ORM) worksheet in front of him. ORM is one of the most important and difficult aspects of command because it represents decisions that commanders make to assume risk-based measures taken to mitigate them.  Captain Kapitulik, his Force Reconnaissance Platoon, and the rest of the Maritime Special Purpose Force (MSPF) were going to load up on five CH-46 Sea Knights, fast rope from the helicopters onto the deck of the USNS Pecos 30 feet below, and conduct a top-down assault of an enemy vessel.

Meanwhile, a platoon of SEALs were going to interdict the Pecos with small assault boats and conduct a simultaneous bottom-up assault with boarding ladders. It was a challenging mission but the SEALs and Force Recon Marines were extremely well trained and the 15th MEU had conducted over a dozen VBSS missions in the pre-deployment workup. The lead CH-46 pilot, Captain James Lukehart, had over 1,650 hours of stick time and had a lot of experience conducting VBSS missions with the MSPF.  Based on these detailed mission briefs, Col Zilmer was satisfied that the controls in place would mitigate the risk to mission. He nodded to the operations officer and approved the mission.  The helicopters were clear to launch. He would reflect on that decision many times in the coming days. Unfortunately, the mitigation of risk doesn’t mean no risk.

The MEU is the crown jewel of the Marine Corps and a cornerstone of our nation’s operational readiness that provides regional Combatant Commanders a purpose-built, presence force in their area of responsibility. A Marine Corps MEU is comprised of an infantry battalion, an aviation squadron, and combat support battalion; all include critical enablers that make-up a Marine Air Ground Task Force (MAGTF). This unit is task-organized for mission and creates a capability package greater than the sum of its parts. The various elements of the MEU undergo specialized training provided by the Special Operations Training Group (SOTG) to qualify them to perform raids, humanitarian assistance, and disaster relief to name a few, and give the MEU its Special Operations Capable qualification. SOTG is also responsible for training the MSPF that is built around a Force Reconnaissance platoon that is certified to perform Close Quarters Battle (CQB). The 10-week CQB course is one of the most challenging in the Marine Corps and qualifies Marines to perform in-extremis hostage rescue missions and recapture enemy-held vessels.

Force Reconnaissance has always been considered one of the most prestigious communities in the Marine Corps based on their rigorous preparation and accomplishment of difficult tasks in the face of determined enemies in chaotic and uncertain environments.

These units would serve as the foundation for the Corps’ future contribution to U.S. Special Operations Command (USSOCOM). Any Marine can attempt the 48-hour selection to become a Force Reconnaissance Marine.  All you need to do is show up at 0500 on the third Thursday of the month at the Camp Flores pool with your medical records and a “never quit” attitude.

The details of the indoctrination are closely held but it is an extremely grueling test of physical endurance and mental toughness. Many Marines try out but very few remain when the commanding officer conducts his interviews 48 hours later. The Marines who are selected will then undergo the Reconnaissance Indoctrination Platoon (RIP) to prepare them for the Basic Reconnaissance Course (BRC).

The majority of Marines who begin a RIP class will not complete it and approximately 70% of the Marines who manage to graduate RIP will not graduate the Basic Recon Course. What does this mean? Force Reconnaissance is one of the smallest and most selective of all military and special operations forces. You can generally have quantity or quality when it comes to special operations forces. In 1999 there were only two active-duty Force Reconnaissance Companies in the entire Marines Corps. You can draw your own conclusions.

Staff Sergeant Vince Sabasteanski looked over his Marines in the well deck of the USS Bonhomme Richard. He was widely regarded as one of the finest reconnaissance team leaders in the Marine Corps. He didn’t get that reputation by being soft or lax.  His men stood silently as he checked and double-checked every item on their pre-combat checklists.

He had a scowl on his face but he was proud of them.  He had posted his warning order two hours ago and so far everything was going according to plan; rehearsals had gone smoothly and there hadn’t been any hiccups during initial inspections. The real test would come later though.  This wouldn’t be anything like his deployment to Iraq during Desert Storm but tensions were still high. Marines from SOTG were going to fast-rope onto the Pecos with his team to evaluate their performance. They had spent the last few days rehearsing this mission and everyone knew the plan. They were as ready as they ever would be.