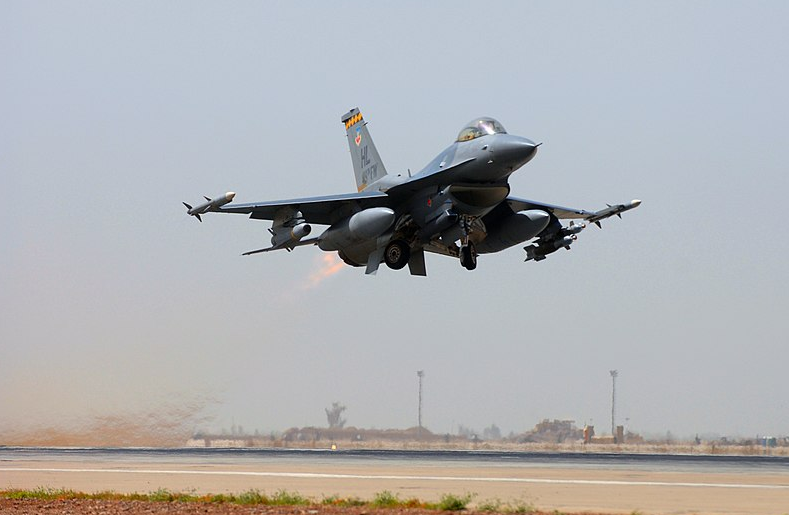 This post popped up on my feed today on a business networking site where a mom was talking about her young daughter getting older.

“”It’s easier and faster if I just do it myself,” I say this way too much. My daughter has been teaching me a valuable life lesson without even knowing it. She’s been wanting to be more responsible, which started with making her own food. It may take 3 times as long, but she’s acquiring new skills and gaining independence, while I’m learning to sit back and let her find her own way without micromanaging each step. It might not be done the way I would do it, but she’s happy with her work and feels her own sense of pride and accomplishment. Although I will need more paper towels and more syrup.”

As I read the story it reminded me of something I saw repeated too many times in the Air National Guard (ANG), where I spent more than three decades in multiple units across the country. I suspect this event happens in the other Reserve components as well and quite possibly even active duty.

Just in case you don’t already know, the ANG is comprised of full-time personnel and part-time folks. The former are Civil Service Technicians or Active Guard Reserve (AGR) and the latter have had different names over the years. Weekender, Traditional Guardsman, and now Drill Status Guardsman (DSG). These are the ones who do, at a minimum, one weekend a month and two weeks a year in military status. Some people still use the term “Weekend Warrior” but it’s quite insulting and not really accurate.

So, let’s begin with story time.

On one particular Drill weekend, it became known to the muckety-mucks that some of the younger weekenders were complaining that they weren’t learning any new skills on the jets. They were tired of just doing flight inspections, gassing the jets, and launching them. So, the bosses decided that we needed to start training them on some additional tasks. As it turned out, one of my additional duties at the time was being the assistant flightline trainer and my boss came to me and said, “Hey Dave, we have a jet (F-16) that needs wing tanks hung on it. It’s a great time to do some training so take these new guys out and teach them how to hang tanks. Take your time and let them do the work and make sure they walk away feeling confident that they can do it.”

I was pretty stoked since I had been complaining for years that weekenders never really got to do much. Out we headed to the flightline with our tools, books, and tanks and the guys seemed genuinely excited. We had only been out there for about 30 minutes and we were making good progress when a gaggle of Technicians came out to the jet and took over, pushing everyone out of the way. When I asked what the deal was, one of the Technicians said, “SMSgt Fatboyprogram said you guys are taking too long and told us to come out and do the job. He wants it available for tomorrow’s flying schedule.” I was stunned. This was around 1000 hours on a Saturday. Plenty of time for us to hang the tanks and check them prior to quitting time at around 1700.

The weekenders were so dejected and honestly, it tore me up inside. Me being me, I stomped into the hangar to find E-8 Fatboyprogram and asked him what the deal was. The answer was the military equivalent of a guy asking a girl out on Friday night and her responding that she is washing her hair that night. Yep, the big blow-off…

Short side note here. He didn’t call him SMSgt _____. As a rule, in the ANG it’s first name or nickname within the enlisted ranks, much to the chagrin of the Active Duty folks. But it’s not a sign of disrespect. It’s just because it’s family. I crewed jets for pilots that were children of coworkers and I first met them when they were kids. You don’t see that on Active Duty.

Anyway, back to the story. This is by no means the first time I’ve seen this sort of stuff in the ANG. One unit I was in used to tell the weekenders to go to the gym or wherever they wanted and to not come near the flightline. This was before I joined the unit and probably occurred in the early 80s. But the fact remains that in some units, if not many, weekenders are often relegated to mundane tasks. And maybe it’s only aircraft maintenance that has this issue. I can’t speak for the other Air Force jobs.

Perhaps I should also note at this point that one of the main taskings of the full-time time ANG workforce is to train the part-time bunch. And why is that? Well, it’s because there aren’t enough full-timers to fight a war. The unit needs part-timers in order to fight at full capability. Drill weekends are supposed to be about training the part-timers. At a minimum, a part-timer does 39 days a year, and it’s theoretically purported that those 39 days of training will make them proficient enough in their jobs to go to war.

But ask your average weekender Crew Chief how much aircraft maintenance skills training they get on a normal Drill weekend. Or how much do they get during a two-week summer camp? I can tell you who is getting training. The pilots. That’s why my tank hanging training was interrupted. Just to make sure that the next day’s flying schedule looked good. Because that’s what pilots do on Drill weekends. They train by flying. And everything else gets put to the side so that the pilots can get their training done. Do I dislike pilots? Well, there are a few that I really dislike. But for the most part, my problem is with the system. The Air Force is pilot-centric and everyone knows it. We are the only branch where the Officers (pilots) do most of the fighting. So naturally, that’s where the focus will be. But it’s typically where the main focus is. And that’s not right, nor does it make for a fully capable fighting force.

But here’s the big elephant in the room. Jets won’t fly very long in wartime without proficient mechanics. In the past, and today, there is a huge reliance on the full-timers to be the proficient ones. That’s all fine and dandy until a bunch of them get taken out by a well-placed piece of ordnance. What are the weekenders going to do when a jet hard breaks and all they have done in their career is gassed jets and performed preflight inspections?

Let’s go back to our question about how much aircraft maintenance skills training a weekender gets on a normal Drill weekend. BTW, doing the same job for the hundredth time is NOT skills training. So, by that token, I can safely answer that the vast majority gets absolutely no skills training on an average weekend.

Here is a list of what typically happens on a weekend for your average Drill Status Guardsman F-16 Crew Chief. Please note that not all of them happen every day but they do happen with regular frequency. Remember, we are only talking 39 days in a calendar year for all this.

The list goes on and on. My point is that all these things on the list are not making weekender aircraft mechanics more proficient and capable of maintaining the jets when we go to war.

The crux of the problem is that once the ANG was pulled into the Total Force concept, it saddled the ANG with Active Duty programs. Do you realize that nearly 1/39th of a Drill Status Guardsman’s year is taken up with PT testing and prep? For an Active Duty person, PT testing only consumes 1/240th of their year, assuming they score well enough.

And here’s the kicker. Tons of weekenders get out before their 20. You wanna know why lots of the aircraft maintainers leave? They say it’s because they signed up to work on aircraft and they aren’t getting to do that. Instead, their weekends are taken up with everything except that. And active duty aircraft maintainers are leaving for the same reason. They joined to work on aircraft and not to be part of some giant social experiment.

So, I have suggestions for the Air Force and the ANG IF you want to address this.

And please ANG, start training your weekenders on more of the jets. I know that sometimes you don’t want to because they will be gone in a few years. But just think about this. If they were happier because they knew more about the jet and felt more like part of the team, maybe they would stick around for 20, or longer. Or you can treat them like second-class citizens and they will leave.

Let ‘em burn a few pancakes and spill some syrup on the floor. The world won’t come to an end. It didn’t for your kids and it won’t for those weekenders.