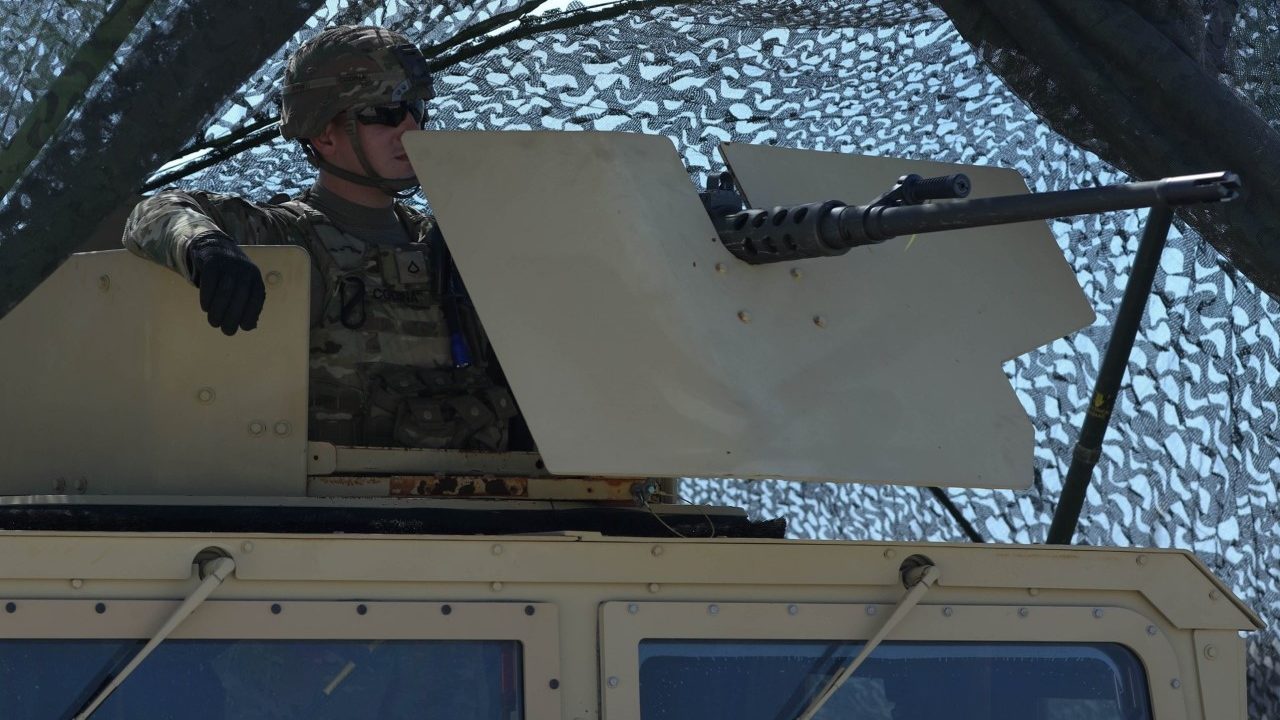 The 505th Command and Control Wing supported the U.S. Army’s Mission Command Training Program during its execution of Warfighter Exercise 21-1, the largest WFX ever conducted.

WFX 21-1 was not initially planned for 12 TAs, but when WFX 20-4 and 20-5 canceled due to the COVID-19 pandemic; their TAs moved to WFX 21-1. To ensure U.S. Army warfighters were adequately trained for current and emerging mission sets, WFX 21-1 increased its training audience by over 2,300 personnel.

WFX events are geared toward the tactical level of war during LSCO using a hybrid near-peer adversary. While the adversary’s name doesn’t match any known country, the terrain, equipment, and tactics used are based on real-world places, assets, and capabilities. WFX 21-1 was designed to train, rehearse, team build, and contribute to the Army’s overall combat preparation.

“Approximately 200 Airmen participated in WFX 21-1 from five locations throughout the CONUS,” said Goodman. “Perhaps most importantly, was the support of the 505th Combat Training Squadron, and 505th Communications Squadron, who provide the Air Operations Center RC [response cell] and communication infrastructure.”

Goodman continued, “an RC is a small team that has the capability to replicate a much larger entity, often by a factor of ten or even 100; e.g., a 60-member AOC RC replicates a 1000-member AOC to include some of the fighters and multi-place aircraft.”

“During execution, training audiences will be able to use those same doctrinally correct ABCS and processes to nominate targets, both dynamic and planned, to the joint force for execution,” said Goodman. “This capability enables Army warfighters to practice how they fight. WFX 21-1 was the first WFX to leverage and test this new targeting database.”

Based on WFX 21-1’s training objectives and audience locations, the 505th CS designed and connected a realistic cyberspace environment that could seamlessly exchange mission and model systems data between U.S. Air Force and U.S. Army warfighters across seven training locations. This data exchange is critical to any desired interactions and overall exercise fidelity.

Additionally, with three major training audiences, there was a requirement to apportion airpower in line with the Joint Force Commander vision, which required the TAs to communicate more with one another and request capabilities instead of specific assets, enabling more efficient use of limited airpower.

While this was the ‘largest Warfighter exercise on record,’ the TA’s increase presented few challenges to the 505th CTS.

“They proved up to the challenge with our professional control force, and pilot role players, handling several aircraft and integrations simultaneously. This is why while they are not the only option available for capability sourcing, they are always the training audiences’ first choice,” said U.S. Air Force Lt. Col. Patrick Applegate, 505th CTS director of operations, Hurlburt Field, Florida.

The Model and Simulation team takes over the Air Tasking Order in execution and includes model controllers and Professional Control Force and Pilot Role Players. Model Controllers oversee the virtual battlespace and all the entities it contains and the physical system connections that allow it to be seen by the TAs. The Professional Control Force and Pilot Role players provided the fidelity and physical representation of tactical units and systems that enable realism and human interactions across the full spectrum of military operations, including high fidelity and responsive command and control, deliberate or dynamic strike, Close Air Support, intelligence collections, and reporting, Air Mobility, Personnel Recovery, and Combat Search and Rescue.

Applegate continued, “Air Doctrine, which relates directly to AOC Replication, focuses on large force conflict and COCOM [combatant command] to global span of command and control. For this reason, our involvement and participation largely remained unchanged as the AOC processes and outcome in the Air Tasking Order are the same whether planning small scale regional engagement or large force action. The Part Task Trainer air simulation system was designed to handle this level of detail and is in the baseline for the AOCs attached to the geographic combatant commands.”

WFX 21-1 met all training objectives for the U.S. Army major combat units involved and senior leaders from both services.

Photo caption: Troopers from the 1st Cavalry Division participated in the largest Warfighter exercise on record, in order to ensure the integration and readiness of the division staff, as well as test the command post systems and processes for future operations. This Warfighter exercise is the culminating event following three previous command post exercises starting in August of this year. This exercise was originally scheduled in March as part of Defender 20 in Europe, but was postponed due to COVID-19. Photo by: 1st Cav. Div. Sustainment Brigade (Photo Credit: U.S. Army)