They went to Anbar Province, Iraq of course. Anbar province is largely Sunni and angry at America for leaving Shias in power while giving the Sunnis little to no voice in the direction of their country. They welcomed what we know as ISIS with open arms. From Anbar Province, elements of FSA/AQ/Al-Nusra and various other angry people parading about under a quasi-Muslim banner, quickly reconsolidated and re-organized and rejoined the fight in Syria. This was before, during and after they decided to rob Mosul of blood and money. But they pushed back hard into Syria, rocking Assad back on his toes, and taking city after city after town, capturing weapons, military equipment from both Assad and Iraqi Army folks. They even managed to capture themselves some chemical weapons and they would use them, repeatedly, on civilians in order to blame Assad and drum up even more support from the West. We didn’t disappoint of course, and Turkey and the US proceeded to bomb targets that were actually Kurdish in some cases, ISIS only true allied resistance against ISIS in the region, and the Media would report them as ISIS hits, whether they were or not. All you had to do was see the pictures and video from Kurdish forces as they carried the bodies of their old and young, friends and family from the rubble to know something very wrong was going on. I know, I know you’ve probably already framed your TL:DR meme and are preparing to make some sort of idiotic counterargument that Assad is bad just like all the other Islamic crazies out there and he’s gotta go. Well, here’s the thing, Russia likes its port off the Syrian Coast and would rather it not be lost.

So Russia is completely in the fight to save Syria and once again, the great super powers have decided to use their weaker allied countries to wage what technically is a war against one another. Hillary was all in when it came to overthrowing Assad and installing whatever puppet she would have as President in order to get her homie’s pipeline through Syria. The weird thing is that her signing off on the Uranium One deal also put her in Russia’s pocket to the tune of over $100 million bucks funneled through her …foundation and investments into John “I eat children” Podesta’s various interests. So that all begs the question…why in the hell is President Trump now continuing the legacy of the last Administration by tomahawking Syria’s airstrip or shooting down Syrian aircraft? In all likelihood, the last gas attack that committed us to our current path was another use of captured chemical weapons by ISIS on innocent civilians. Fighting Syria seems like it’s the first issue President Trump has finally found some bi-partisan support on. Did we try offering Russia their port and some of that fancy natural gas in order to allow Assad to go down? Give Russia some natural gas, Russians love natural gas. After all, they took Crimea and got a hell of a new deal on Ukraine’s natural gas stock, courtesy of Vice President, at the time, Joe Biden’s son…who took over Ukraine’s largest natural gas company. It’s just the more powerful moving their power around for more money. The only hope that I have left, is that somehow, my peers currently in uniform and contracting in those regions, get home safely to their friends and family. It’s an unrealistic hope at best.

Meanwhile, those of us who spent any time in a war zone and have some idea of who General James Mattis is are ecstatic knowing he’s been given a lot of flexibility in being allowed to kind of just annihilate whoever he wants however he wants. In the meantime, attacks continue all over the world, either directly involving ISIS or attacks they like taking credit for because it makes them look more badass. Until we pull our heads out of our collective asses and start looking at this from a strategic standpoint and not a “OMG, we’re going to offend people,” standpoint…nothing will change. Our reality now is that we’ve expanded our efforts in the region, which puts us squarely back into a conventional conflict in which American and Allied lives will be the cost. While there are plenty of cheerleaders back home who are all about handing ISIS their ass, myself included, it’s important that we get this done as quickly as possible and then get out. Once ISIS losses are great enough that conventional fighting is no longer possible, they’ll just melt back into the populace and become an insurgency. This plays itself out over and over throughout our history in that region and it’s inevitably going to end the same way; with Americans dying from IEDs while being forced into a policing action by the next administration instead of being allowed to fight a war like a war. 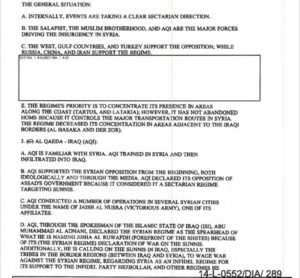 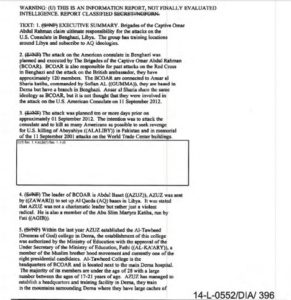 John Kerry’s explanation of the fighting forces at use in the Middle East and their make up.

“In 2009, Assad refused to sign an agreement with Qatar for an overland pipeline running from the Gulf to Europe via Syria to protect the interests of its Russian ally, which is Europe’s top supplier of natural gas.” 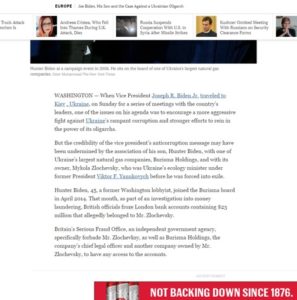 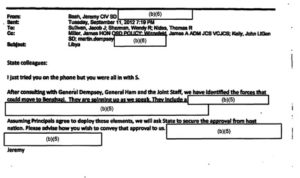 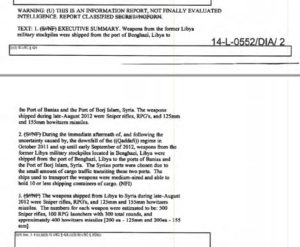