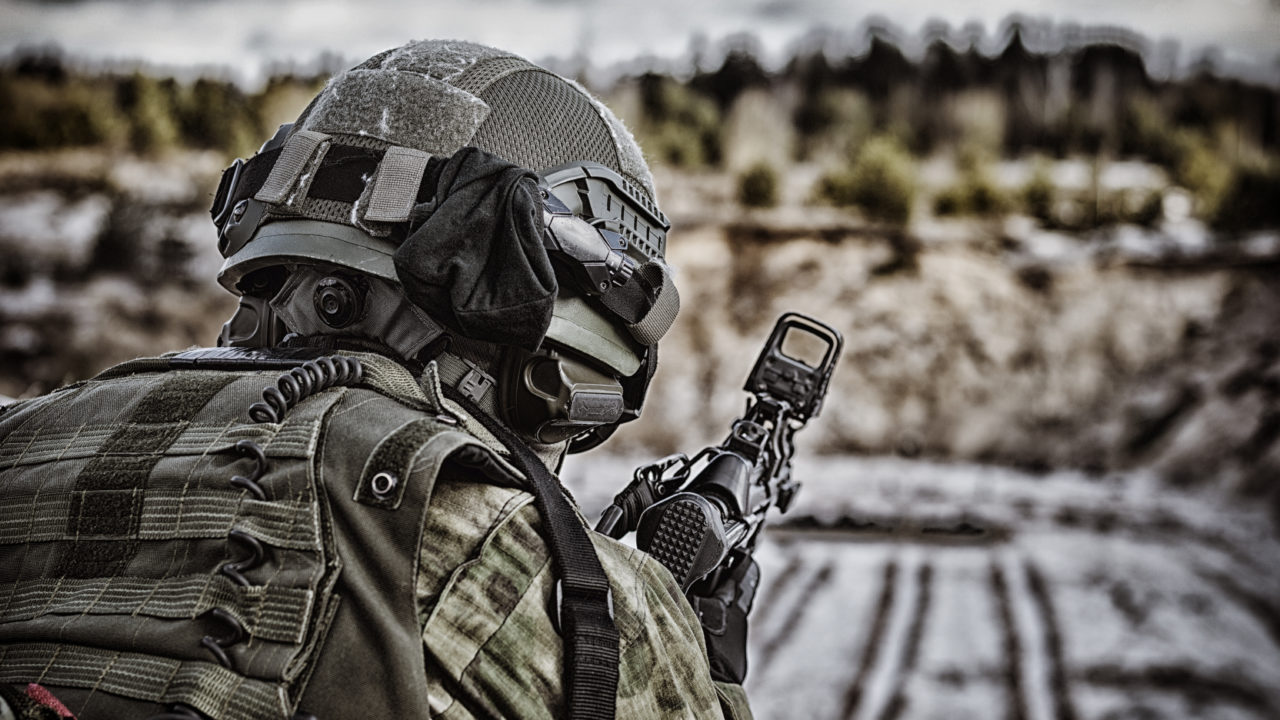 Looking at me, you would never know that I have an injury I will deal with for the rest of my life. You will not see a broken bone, a bullet hole, a missing limb, or a scar across my body. You cannot see the damage that I endured to my brain.

It’s 2008 and I’m deployed in Iraq. I’ve been in country for 9 months. My sniper/recon team and I are out driving a new Mine-Resistant Ambush Protected (MRAP) vehicle. We just received these new MRAP vehicles 2 weeks ago, and without them this story would never be told. We are looking for a future Small Kill Team (SKT) site where we will set up to observe and interdict enemy IED in-placing teams. An IED is an Improvised Explosive Device normally buried under the ground, that can’t be seen, and gets set off when American Troops drive over it. The first vehicle in the convoy is the most dangerous to be in due to the extremely high risk of driving over an IED. We switch off days taking the lead. Today I am in the lead vehicle, in the truck commander (TC) seat, leading the way.

BOOM! A massive 450lbs IED explodes underneath my vehicle. I feel my body being shoved hard into the roof of the MRAP. The pressure of my seat belt harness tears into my shoulders. Everything goes black. I fade out of consciousness.

When I come to, my ears are ringing and I can’t hear. Smoke is everywhere. I check myself to make sure I am alive and do a quick scan of my body, feeling for life threatening injuries. Basically, I’m looking, touching and smelling for blood and any large bleeds. I try to get myself out of the seat belt. I am yelling for my crew to respond. I’m still fighting with the seat belts. I think I cut it to get out, but I can’t be sure. My driver is coming to and we check to ensure he has no major bleeds. My gunner is slumped over and appears to be dead. I start to perform battlefield first aid. Being that I was in charge, I realize I need to establish communication with the vehicles in the rear, or higher headquarters, to request a medevac. I stop giving my gunner aid and shout at my driver and the others to help him, so that I can take action.

I try the radios. Nothing. The next step is to establish hand and arm signals with the vehicle to the rear. I crawl to the back door, to communicate with the next crew through the back window. I can see the shock and fear on their faces. I try to get their attention, but they don’t see me thru the small window in the door. I need to communicate with that vehicle to request the medevac, and I am going to need to clear the area from the threat of a secondary IED device, or else they won’t be able to come to our aid.

I know I have to step out of the vehicle, but those steel doors are the only protection I have. I have no idea what’s waiting for me outside. There is smoke everywhere and I’m concerned that fire is engulfing the vehicle. I have to step outside. I have to talk to the next vehicle. My body will not move. I am raked with fear. My mind keeps saying NO, DO NOT OPEN THE DOOR! So, I open the door.

I step out directly onto the sand, which is odd because I should have to step down a few stairs to get to ground level since the MRAP is a tall vehicle. But the MRAP is destroyed underneath so it’s at ground level. I wonder if there is another IED right here that I’m going to step on. I scan the area in front of me and decide to move. I know that the soldiers in the 2nd vehicle have been trained not to exit their vehicle until the threat of a second IED has been removed. I run to the back of the next MRAP, clearing a path between the vehicles so they now know it is safe to exit. I convey the situational report, and tell them we need a medevac, and the medic who is in the 2nd vehicle.

I bring the medic back to my destroyed vehicle. He jumps into action performing life saving aid on my gunner. I scan and identify a flat area to the side of the road where the helicopter can land. I know I need to clear a lane from the vehicle to that area, as well as the entire Helicopter Landing Zone (HLZ). Which means I have to move thru unsafe ground again. With each passing step I am putting my life at risk of stepping on another IED. I place the HLZ marker in the middle of the area I have cleared, and return to the vehicle, widening the path so that my gunner can be moved in a stretcher when the helicopter arrives. The helicopter arrives and my gunner is flown away. The Quick Reaction Force (QRF) is now arriving with reinforcements and a recovery vehicle (tow truck) to recover the destroyed MRAP.

I wake up in a trauma center in Iraq. The next couple weeks are blurry. I’m not sure what I do and do not remember or what’s been told to me after the fact. I learn that one of my fellow soldiers, the driver of the QRF, lost his life that day. At some point I’m medevacked to Germany, where I see a neurologist and learn the scans of my brain show spots of damage. I’m diagnosed with a moderate to severe traumatic brain injury (TBI). I’m moved to Walter Reed National Military Medical Center in Bethesda, MD then to Fort Gordon, GA. And finally, to Fort Campbell, KY to a traumatic brain injury center where I start my recovery.

The next 3-4 months are hell – vertigo, blurred vision, balance issues, speech impediments, cognitive function, memory loss, debilitating migraines…and learning new coping skills to deal with these deficits. For 8 months I fought and made a full recovery. I returned to duty and attended Ranger Assessment and Selection Program (RASP), where I was selected and served in 3rd Ranger Battalion for 8 more deployments to Iraq and Afghanistan. I’m not going to tell the entire story right now, because it’s a story for another day, but I endured a 2nd TBI in 2013 that ended my military career. Today, I still deal with the lingering effects of two TBIs. I have less and less bad days, but there are still days that are incredibly hard.

We are creatures of the physical and the tangible. If we cannot see something, if we cannot touch something, we assume it does not exist. We have sympathy for the physically injured, because we can see their bandages. But we are indifferent to those whose injuries are buried somewhere we cannot see. Emotional injuries, mental injuries, brain injuries, are just as tender as the broken bones we can see. Every one of us is fragmented in some way – physically, emotionally, and/or mentally. Remember that compassion goes a long way to help heal wounds that you cannot see.

This first appeared in The Havok Journal on September 13, 2019.

After being deeply affected be the events of September 11th, Jesse Sage enlisted in the U.S. Army as an Infantryman in the 101st Airborne Division. After 2 deployments to Iraq, with the support and encouragement of his Battalion Commander, Jesse went to Ranger Selection and Assessment (RASP). He was selected and served in 3rd Ranger Battalion for 8 deployments to Iraq and Afghanistan and over 600 Joint Special Operations and conventional missions over 10 years. Jesse is a multiple Purple Heart recipient and was awarded the Bronze Star, among other awards for outstanding performance and professionalism during his service. Jesse has a Bachelor of Science in Multi-Disciplinary Studies from Grantham University and is currently working towards his MBA with a concentration in Project Management, from his alma mater.
Tweet
Share
Pin2
Share370
372 Shares
Tweet
Share
Pin2
Share370
372 Shares