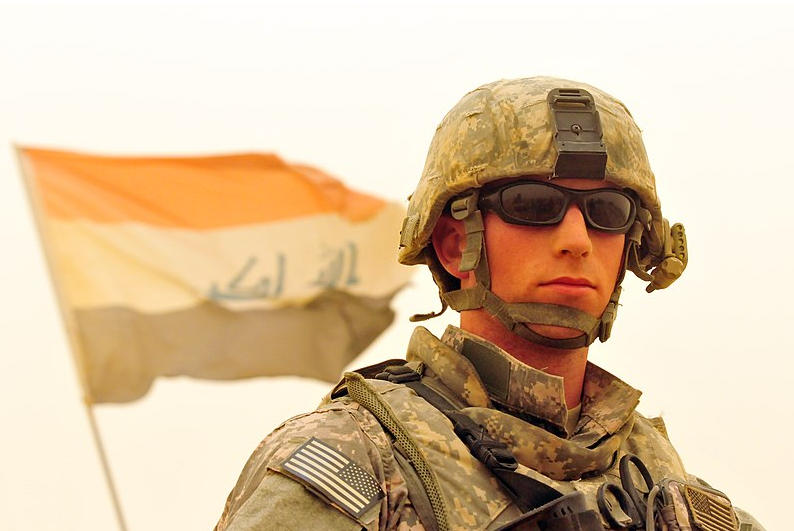 This first appeared in Britta’s blog, “Life After War” on July 26, 2015, and is republished with the author’s permission.

You miss warfighting. Miss war, miss your team, miss having life and death within your power. Miss the cohesion, the shared misery, the trust. Life was simple, fucking hard, and combat required all of you.

Now nothing requires all of you.

Warfighting is a spiritual calling, which means that tug on your soul doesn’t go away just because circumstances prevent you from continuing. I see so many combat veterans looking for a way to keep fighting — angst and anger at the government and system, hatred for civilians who just don’t seem to “get it” — there are justifiable reasons for the frustration, yes, but at the end of the day, it comes down to what demobilized warfighters have gone through for millennia. Not being able to accept that their warfighting days are done and not knowing who they are supposed to be now.

When your spiritual calling is to defend, protect, destroy, fight — not being able to eats away at you. Life goes on, much of your energy is spent trying to suppress the inner knowing that you’re no longer doing what you are here to do. Trauma from combat fuels much of the negative emotions and symptoms you have, but a good portion of the weight gain, turmoil, anger, feeling lost, reliance on pills and alcohol — comes from not being able to live your calling anymore. It takes a ton of energy to deny what your soul knows to be true for you. And many of you are killing your Selves because of this. Some of you with weapons, most by staying in relationships that no longer nurture who you are, accepting mediocre jobs that require little of you, overindulging in anything that numbs you out, and complaining and bitching about what’s become of “the country”.

This is NOT who you are. You are better than this. And you are meant for more.

You are people of honor, individuals who are willing to act with courage, and do what most people can’t. You know what true strength is, endurance, the fragility and value of life, you know power.

So, why is it that you get out and turn into whiny, disempowered people who can never be pleased? (sounds a lot like the civilians you rail against)

I know why. It’s because you are stranded out here without a fight that you know how to fight. You assume that the way you were trained to fight is the only way there is, and now that you can’t, you don’t know what to do. You feel disconnected from who you know you can be, who you feel you are, and what you can actually do about it in your life now. Some of you have been warfighters in past lifetimes as well as this one, it’s a role you feel natural in because it’s what you have known for a very long time.

So, where does this leave you?

What if your spiritual calling isn’t to the physical act of fighting, but to fighting for something, in general?

What if you can still find a way to live out that calling, if you realize that it still takes the same energy, passion, devotion, sacrifice and drive to fight for something on this earth whether the enemy is human or deeply ingrained beliefs that keep people stuck and small?

What if you are still meant to be a warfighter, it’s just that the way you fight has changed?

The blatant drive to destroy and kill is the basic level of true warfighting. It’s time you level-up.

The more advanced forms of being a warfighter shift you from extinguishing life to fighting the thoughts, lies, and beliefs that keep humans disempowered and disowning their ability to create a meaningful life that aligns with their soul. Advanced levels require spiritual, emotional, and mental agility and stamina to recognize how fear deceives us all to destroy our belief in our own power. It is a fight that you have had a taste of now in this post-combat life as you have come up against thoughts that are powerful enough to convince a person to put a gun to his mouth and pull the trigger. This is not warfighting for the faint of heart or for the easily discouraged. You get to this level and the whole game changes. And life is on the line.

Maybe it’s time you up your game, retrain, and fight for Life and true freedom, not political freedom? Maybe your mission now is to learn how to fight at the advanced level for your own Life so you can be ready to carry on the greater mission of this lifetime? There is no doubt that we need you here.

Warfighters are called and driven to serve the greater good. This self-based, poor-me life that you’re living right now doesn’t feel good, does it? Of course not. And it never will.

Shift your perspective. Own your sense of self and your calling. Stop trying to deny what is an essential part of who are. Realize that you don’t need to be less of who you are. You need to be more. Understand that until you stop fighting what is until you stop denying the fact that the way you need to fight has changed, you won’t move forward and you won’t be of the value you can be in this world. Change, transformation, evolution is how Life works. A calling to serve, to stand for something Greater Than Ourselves may last an entire lifetime, but how it is expressed will and must change for us to be who we are meant to be and have the impact we’re meant to have.

Don’t let the fact that the game has changed convince you that you no longer have a vital role in it. In life, just as in war, you adapt and up your skills to be of maximum value to the mission.

Life is asking you to be more. Rise.