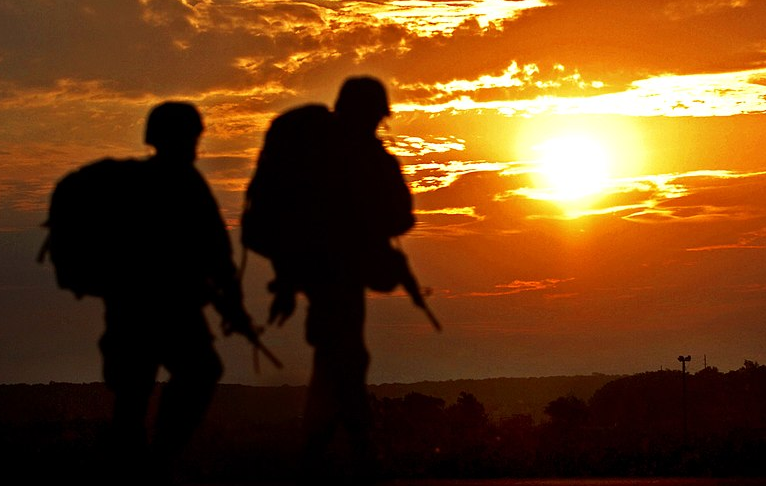 May was mental health awareness month. If you are struggling and want to talk to someone, please reach out to local, regional, or national resources below. You do not have to suffer in silence.

The Army is changing the way it looks at suicide prevention and the causes of suicide. Acknowledgment of the problem is the right course and it has doubtlessly improved the Army’s understanding of suicide risk factors. Despite this increased understanding, suicides within the Army rose in 2020 and 2021. Senior leaders within the Army are asking: “Is there something we’re missing?“

One can assume the COVID-19 pandemic and its resultant personal seclusion, debilitating sickness, and mass social sequestering had a negative effect on mental resiliency. The military as a whole, but especially special operations forces, suffered grievous moral injury watching the fall of Afghanistan last year. However, both events provide an over-simplistic view of suicide risk factors. These events compounded what soldiers already dealt with. The Army must improve its awareness of its soldiers’ stress, their mental health, and provide targeted resources before crises emerge.

Prevention and resourcing of this magnitude require two things. First, resources should be available as soon as stressors arise. Semi-annual periodic health assessments are necessary, but not enough; mental health education should occur during all echelons of professional military education, including recruit training. Educating the total army force will make the Army and its soldiers more knowledgeable about themselves and their soldiers.

Inherent in this training is the individual and organizational recognition that the Army is not the sole or primary source of soldiers’ ills. This may be what the Army is missing. The traumas of soldiering are known, and soldiers come into service with their own troubles. Soldiers from time immemorial complained about the stress and travails of Army life. English King Henry V received an earful of complaints from his cold and hungry band of brothers as he sat amongst the campfires on the eve of Saint Crispin’s Day. The late General Colin Powell said that if a soldier stops bringing you his complaints, you’ve lost as a leader. To give full blame to deployments, time away from home, and combat for a soldier’s self-demise is rather prideful, and in a sense seems to surrender to the inevitably of suicide.

A suicide awareness ruck march is common amongst the units I have served in. These ruck marches are designed to build camaraderie, express vulnerability, and educate soldiers on the resources available. Soldiers arrive at a designated point with an empty rucksack. Participants add a sandbag at mile points two and three. The second sandbag signifies the stressors of life while the third symbolizes our often unhealthy behavioral reactions to those stressors. The last mile is where soldiers offload the sandbag’s unhealthy behavior, recognizing their own role in staying mentally fit by asking for help from professionals and teammates.

I enjoy the event, however, it is misinformed.

No soldier enters the Army with an empty rucksack. Read that again.

No soldier enters the Army with an empty rucksack.

There are multiple documented risk factors for suicide that are just as likely to have occurred prior to military service. We have the opportunity to collectively acknowledge that some soldiers are at risk before they ever put on a uniform. Soldiers who enlisted to escape unhealthy neighborhoods and choices may have experienced years of generational and socio-economic trauma unknown to most who grew up in stable environs. New service members, but especially women, may have suffered abuse and violence at the hands of authority figures, friends, or classmates. Domestic violence, sexual abuse, homelessness, and addiction affect whole families. Soon, we will have soldiers who lived through trauma from the COVID-19 pandemic.

By virtue of being a functional adult, every soldier has a sandbag in the rucksack. Whether self-imposed or externally inflicted, it is there and it is with every soldier across genders, sexual orientations, religions, and ethnicities. Yes, a lot of young people have the tools or the awareness to manage and carry their assigned load. However, there are those who carry sandbags of trauma that when coupled with the mundanity, banality, and trauma of military life can overwhelm their psyches.

How do we become aware of those prior traumas? Start the ruck march with a sandbag on every back. At sandbag number three or four, the physical representation of a burdened mind is more apparent. Acknowledge the traumas experienced prior to service. Perhaps then we will see the need for more mental health preventative maintenance.

Acknowledging the rucksacks our soldiers carry doesn’t mean we coddle them. Far from it, we push them to reinforce their nascent strengths while bolstering weak spots so they heal and stand firm. Plenty of soldiers, myself included, joined for and needed the rigor, discipline, and rigors of military life. All of us joined to be challenged and to serve something greater than ourselves.

But part of keeping soldiers alive is simply being aware of the life around us, the ills of the world, and the health of our neighbors. The Army is doing its best to provide resources for soldiers and families to acknowledge and manage traumatic experiences.  Acknowledging and identifying pre-service trauma will get resources applied to the right people in need.

Service members and veterans who are in crisis or having thoughts of suicide, and those who know a service member or veteran in crisis, can call the Veterans/Military Crisis Line for confidential support available 24 hours a day, seven days a week, 365 days a year. Call (800) 273-8255 and Press 1, text to 838255 or chat online at VeteransCrisisLine.net/Chat.