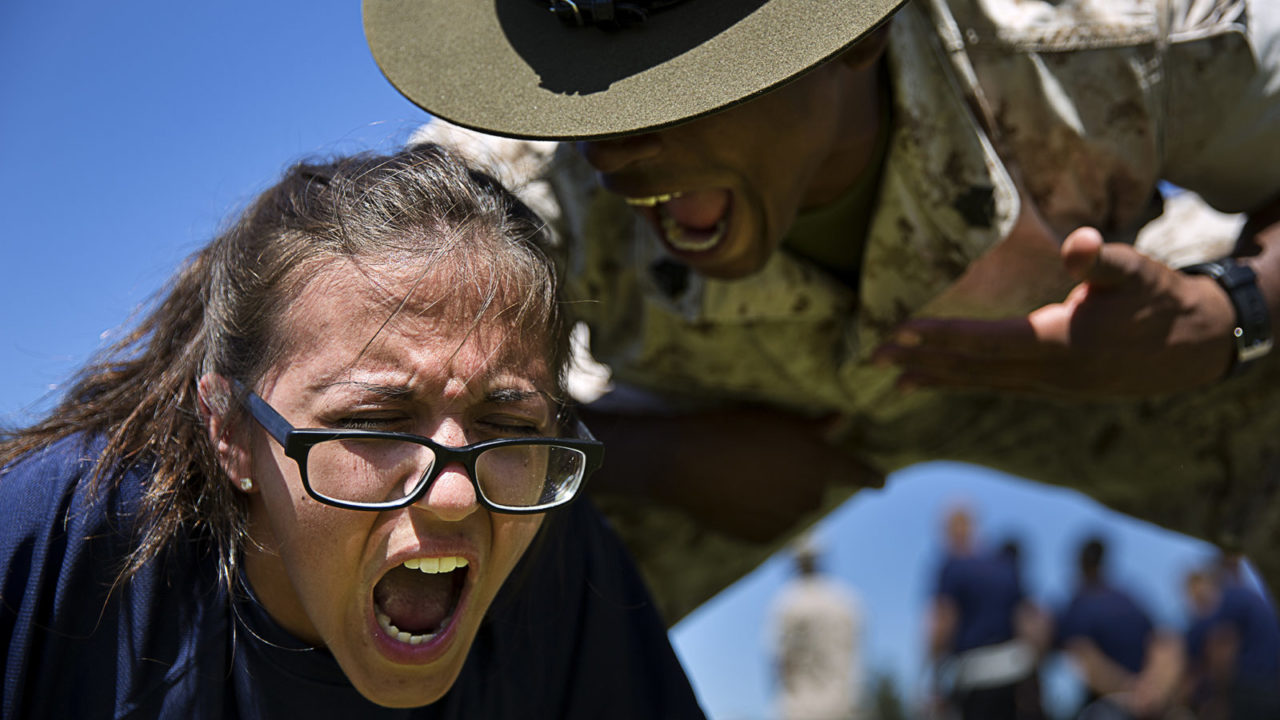 In a Sports Illustrated interview with S.L. Price that published in January of 2008, Rick Majerus, the legendary former head basketball coach at the Universities of St. Louis and Utah, brilliantly posited a critique of 21st century parents and their earnest, yet misguided, desire to:

Majerus, who passed away in December of 2012, was controversial for his tough love coaching techniques, and Price’s article highlighted some of his crude language and penchant for berating his players. Former players weighed in. Almost to a man, they lamented the difficulties they experienced while enduring the unrelenting harangues and impossibly high standards Majerus demanded. And almost to a man, they were thankful for the experience and credited the coach for making them better players and better men.

Some may scoff that this is a simple example of Stockholm syndrome, the feeling of trust and affinity that victims sometimes feel toward a captor. But it is deeper than that and a bit more complex. Ask the former charges of a dictatorial football coach like Paul “Bear” Bryant, who coached at Texas A&M and at the University of Alabama what they think of the revered coach in the Houndstooth hat. Denying football players water during two-a-days in oppressive heat would get a coach arrested these days. Not so much back when Bryant patrolled the sidelines. It earned him a statue in Tuscaloosa and the everlasting accolades of legions of young men who credit him with making them better men.

But for modern-day parents who schedule “play dates,” there is a misguided belief that raising one’s voice at a misbehaving child is tantamount to a high crime or misdemeanor. The application of stress in character-building is heretical to this new cabal that eagerly embraces the misguided belief that making things hard(er) for someone during maturation — or during a selection or weeding-out process — is dead wrong.

So Majerus gets lumped in with other outdated coaching relics like Woody Hayes and Bobby Knight.

Sports, however, is one thing. No matter how much we live and die with the performance of our teams, it is simply not in the same category as warfighting or law enforcement. Ergo, I’ll leave the best tactics and techniques for improving performance on an athletic field or court to those in the business.

But what about that which is currently ongoing in our Military and in police ranks? Are we doing a disservice to our warfighters, and to those assigned to walk a lonely patrol beat in a dangerous neighborhood, by engaging in what Majerus warned us about — removing all the heartache and sadness, life’s difficulties and hurdles in the selection process, in order to satisfy our desires to be kinder, gentler, and more … evolved?

My father graduated from West Point in 1960. I graduated twenty-seven years later in 1987. The Academy, we often discussed, was constantly changing, and yet, remained intransigently moored in its historical foundation. And hazing, defined by Merriam-Webster as an initiation process involving harassment, has been a part of the foundational process of weeding out the faint of heart and weak of mind for centuries. While my father was a cadet in the late 1950s, that could often mean having someone put their hands on you. When I was there during the mid-1980s, it meant that the upper-class cadets could scream at you.

And before Twitter blows up with ill-considered condemnations of what you may think is my tacit approval of hazing, please read on.

Every class that graduates from West Point assuredly feels that it was part of the last class to endure true hardship at the Academy. And though some “Old Grads” might refer to the creeping reforms to the fourth-class (plebe) system, designed to “break down in order to build up,” as pernicious, there have been necessary reforms at West Point and the other service academies. These important restrictions mandated by various Academy administrations throughout West Point’s storied history have prohibited behavior that is counterproductive to the business of building leaders.

Shortly after the class of 1990 graduated, West Point leadership confronted the job of reform directly. The class of ’90 had been the plebe (freshman) class during my firstie (senior) year at the United States Military Academy.

A November 18, 1990 article written by Michael Hill of the Associated Press, entitled, West Point Orders About-Face on 108-Year Tradition of Hazing Cadets, addressed just how the Academy planned to implement some recommended changes. New leadership in the upper tiers at the Academy had ordered a review of the fourth-class system and big changes ensued. And as Colonel H. Steven Hammond of the Commandant’s Office allowed:

“Too many people in the past here saw the seniors’ role as placing stress on the subordinate. But the leaders’ role is to remove stress.”

Um, sir, respectfully, I beg to differ. Your point may indeed be true — unless you’re seeking to harden steel and build the very type of leaders who can reduce stress on a unit or organization when the group becomes challenged or is under duress. In that case, give me a leader who is battle-tested and has met the challenge.

What prompted me to write this article occurred this past Saturday, August 19, 2017, and speaks directly to the diminution of stress as an application in forging our future leaders. This was the date of West Point’s Acceptance Day parade for the class of 2021. The New Cadets were finally Cadets, and the summer of Beast Barracks had come to a close, the fourth-class now joining the upper class to round out the Corps.

I was seated at an outdoor cafe with my wife in Newburgh, New York, near where we live. A young woman of the new plebe class, outfitted in white-over-gray — the summer cadet uniform — and accompanied by her parents walked past us. The mother, seeing the Academy logo on my golf shirt, stopped to chat. Her daughter had indeed just been accepted into the Corps, and they were grabbing dinner before she had to be returned prior to Taps.

Wow! I thought to myself. One of the most dreaded periods of time at the Academy, between Beast Barracks and when the upper-class cadets return, and before the academic semester begins was being circumvented. Who authorized leave for young plebes so new to the system and the Academy. My wife smiled after the woman headed inside, as she noticed the bemused look on my face.

“You’re becoming a cranky ‘Old Grad,'” she needled, as I gave her a desultory nod.

While I certainly don’t begrudge the young cadet or her joyous parents for their opportunity to dine together on Acceptance Day, it is simply another bit of stress removed from the process. And while it’s certainly not the single worst allowance afforded to modern plebes in the reformed fourth-class system. It’s just the death-by-a-thousand-cuts that makes me weep for what was once known as “the process.”

“Embrace the suck,” the gallows humor chortle of the Navy’s SEALs, becomes replaced with a waiter’s query during your repast with your parents on Acceptance Day eve: “Pardon me, Ma’am, would you care for a dollop of tarragon-garlic sour cream on your flank steak? Your parents must be so understandably proud of your achievement.”

Even for leaders in the business realm, how stress impacts you during decision-making is what separates the great leaders from the mediocre ones. And for in extremis leaders — those who lead “at the point of death” — the smooth handling of stress is an essential attribute that SAVES LIVES. I’ve witnessed this in Afghanistan, while an FBI attachment to some Special Operations units, and I’ve witnessed it in some of the toughest and most violent cities in America when I led SWAT operations to apprehend murderers.