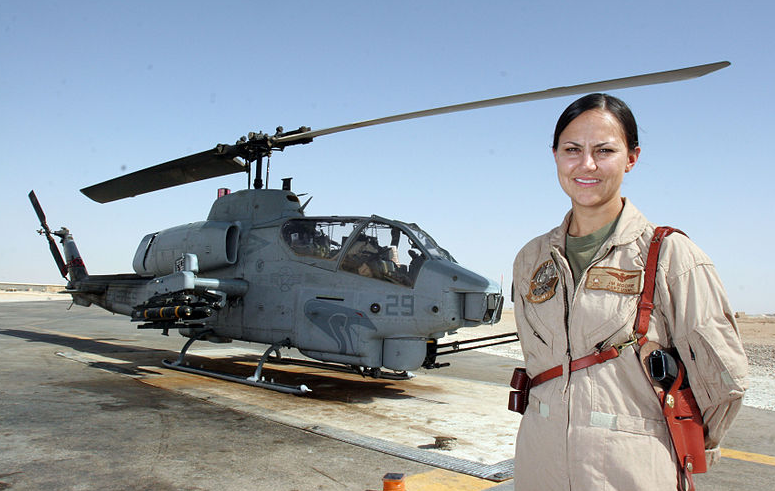 This article is a compilation of the experiences of several female Marines in gender-segregated boot camp. Our current occupations are varied, including a college professor, biologist, librarian, translator, and other highly skilled and intelligent professionals. Our boot camp experiences were generally in the late-1990s and early-2000s and varied somewhat as training commands changed over the years. During our time in the Marine Corps and now as civilians we have all performed to high standards and never found ourselves unable to compete with our male counterparts.

Each of us attended boot camp at 4th Recruit Training Battalion on Parris Island, South Carolina. We rode a bus with both male and female recruits, ran off said bus and onto the yellow footprints with these same recruits, and received the same training as our male counterparts. However, while male and female recruits have different units, we did not experience “complete segregation.” We had what could be called a Brother Platoon. We completed the rappel tower, confidence course, obstacle course, some academic courses, swim quals, rifle range, and the Crucible with these male recruits.

Still, each of us has specific memories and examples regarding the differences we witnessed between male and female training while at Parris Island. The biggest difference in our training was what the Drill Instructors considered “acceptable behavior.” The male recruits were allowed to curse and fight with each other, behavior considered completely unacceptable in the female platoons. In this respect, female recruits were held to a higher standard than the men. 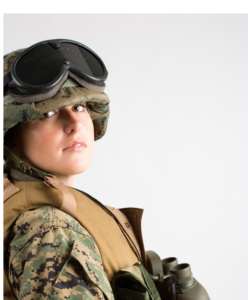 As female Marine recruits, we were instructed on what was acceptable and expected of us once we entered the fleet. Not one time did we hear the words of Major Hunter’s platoon commander that we should “get used to running slower.” In fact, each of us had the diametrically opposite experience. We were taught that the men would expect us to perform below their standards, and so we were encouraged—and from these women Marines expected—to exceed the Marine Corps standards for females. So we did.

Recruit training was extremely competitive. Physically, mentally, and emotionally, we were challenged to push past our preconceived notions of our maximum capabilities. We ran harder, chasing the men who were running ahead of us for PT. We practiced snapping in longer, outshooting the men in two cases, and resulting in not a single one of us having to repeat the Rifle Range. We passed our swim quals with higher numbers and at higher qualification levels than many of our male counterparts, having to escape from the same male drill instructors as all the other recruits. We did it. And we are proud of it.

Two of us were the high shooter on the rifle range, beating out our male counterparts. One of us recalls another female recruit who received a black eye on pre-qual due to her BCGs. She refused to get dropped and, instead, stayed up all night snapping in left-handed and still made sharpshooter on the range, outscoring many of her male counterparts.

We mention the presence of the men and our competition with them to illustrate that we did not experience isolation training. However, it was not the presence of the male recruits that pushed us to run faster, swim longer, or shoot better. These behaviors were a direct result of being instructed by female Marines who pushed us to be better than the males expected us to be. Could this same task be accomplished by integrated training? Possibly. What we want American women to understand is the presence of male counterparts was not what drove us to succeed; it was the leadership given and expectations of honor and integrity set by women we anticipated serving with one day.

These same women became our mentors, as well as our leaders. They showed us that being a female Marine meant that we could do all of the things the men do, but with more poise, a sharper uniform, and a sharper wit, if need be. We were surrounded by strong, capable, hardcore female Marine Drill Instructors whose leadership skills were passed on to us through many of the methods used by their male counterparts: screaming, yelling, physical training but also, and more importantly, through modeling behavioral expectations of a female Marine.

After Recruit Training, all Marines attend either MCT (Marine Combat Training) or SOI (School of Infantry). The female and male Marines are still in separate platoons, but all of the field exercises are integrated. It is here that most Marines experience their first issues with dealing with sexual distraction. While both male and female Marines learn to treat each other with respect and not as sexual objects, the distraction is real and palpable. We are grateful for the fact that our time in Recruit Training was spent learning the basics of how to be a Marine, rather than worrying about female and male interactions, pregnancy, and the sexual abuse seen in the boot camps of other services.

We see no need to gender-integrate Recruit Training. We see it as anti-feminist to suggest women need men as examples in order to achieve a standard, and we believe any training deficiencies that may exist in the pursuit of that standard can be addressed as the leadership issues they are. That’s how LtCol Kate Germano improved female recruits’ fitness and rifle range scores, by focusing on leadership and refusing to accept low scores from women. Scores improved under her command without any gender integration of boot camp.

And there is no need for integration solely for the purpose of being like all of the other services. The mission of the Marine Corps Recruit Training Depot is to “make Marines by recruiting quality young men and women and transforming them through the foundations of rigorous basic training, our shared legacy, and a commitment to our core values, preparing them to win our nation’s battles in service to the country.” Nowhere in that mission statement does it suggest the making of Marines requires the training to be the same as that of the other branches because we are not the other branches. We are Marines. Just like all of our Brothers and Sisters who have earned the title United States Marine before us and since.