HomeCultureLifeWhy We Should Pray for Killers and Their Families 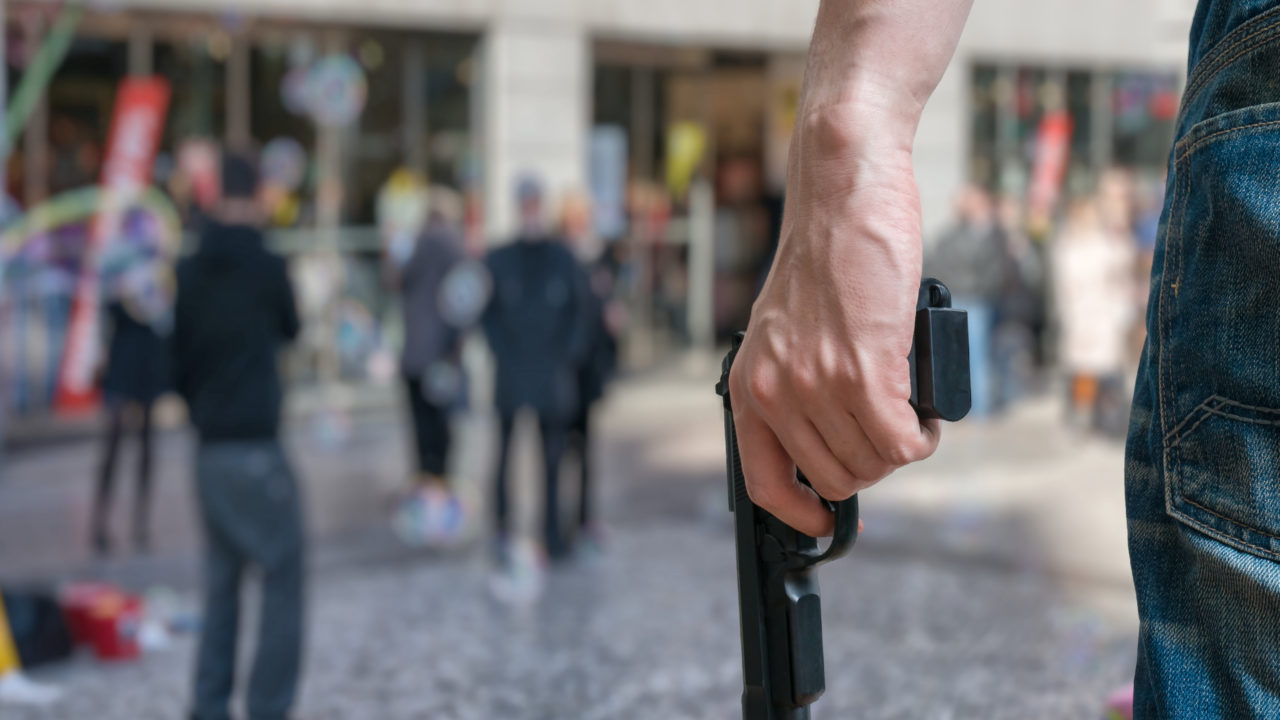 Chris took us all to the memorial of the Walmart shooting in El Paso. He drove us there in the van late in the afternoon. It was kind of surreal. The memorial is right next to Hooters, which was open for business. Cops have closed off the street, but everywhere else life and commerce go on uninterrupted.

The memorial is huge. Just huge. It extends for almost a city block. It is simultaneously sacred and tacky. I guess that is a lot like life in general. There is an endless array of plastic flowers, stuffed animals, and Bible quotes. Votive lights and other candles are everywhere. There are a variety of flags flying: Israeli, Kuwaiti, German, British, Japanese, and Mexican. There are many Mexican flags. One flag is an amalgam of the American flag and the Mexican flag. That one I liked.

The place also has many random notes. There are posters with quotes from St. Teresa of Calcutta. People from Colorado, Ohio, Puerto Rico, San Diego, Pittsburgh, Alabama, Utah, San Antonio, Tijuana, and even Nicaragua have left messages. There is a poster on the fence from the 82nd Airborne at Fort Bragg in North Carolina. The hopes and prayers are endless.

But, what does it all mean?

When people say that they are sending you their “thoughts and prayers,” that usually means that they aren’t going to do anything to help. That is the standard translation.

This is not to say that people don’t care. They do care. They simply do not know what to do. This is a problem.

I was very disturbed by my time at the memorial. I am sure that everyone else was disturbed too. We were all torn apart in some way. We recognized the hurt, and we were all wounded in turn. It was good that we went to Walmart, but we left that place damaged.

When we got back to Casa Vides, we wandered into the basement for a period of reflection.

That kind of sucked.

Being who I am, I chose to speak my piece during the reflection. This was probably unwise.

I don’t remember if I was the first to speak during the reflection, and it doesn’t matter.

I said that it bothered me that we prayed for the victims and their families, but we never bothered to pray for the shooter and his family.

I am the father of a killer. I know how this feels. Granted, Hans did what he had to do to survive in Iraq, but he still killed people. I think that I might understand how the parents of this Walmart murderer, this idiot, feel. I know the pain and the guilt. These parents are in agony, and they cannot fix anything.

I pray for Hans. He killed people, and he is convinced that he can never be forgiven.

When I was with our group in the basement, I asked about the shooter,
“Is this guy damned? Is he beyond redemption? Shouldn’t we pray for him? I’m just asking.”

The response was noncommittal. Some of the group could not pray for a killer.

I understand that. I wouldn’t pray for Hans either, except that I love him.
As a final note, Chris mentioned that there were 22 deaths at the Walmart shooting in El Paso. El Paso’s sister city, Ciudad Juarez, has ten murders every day.