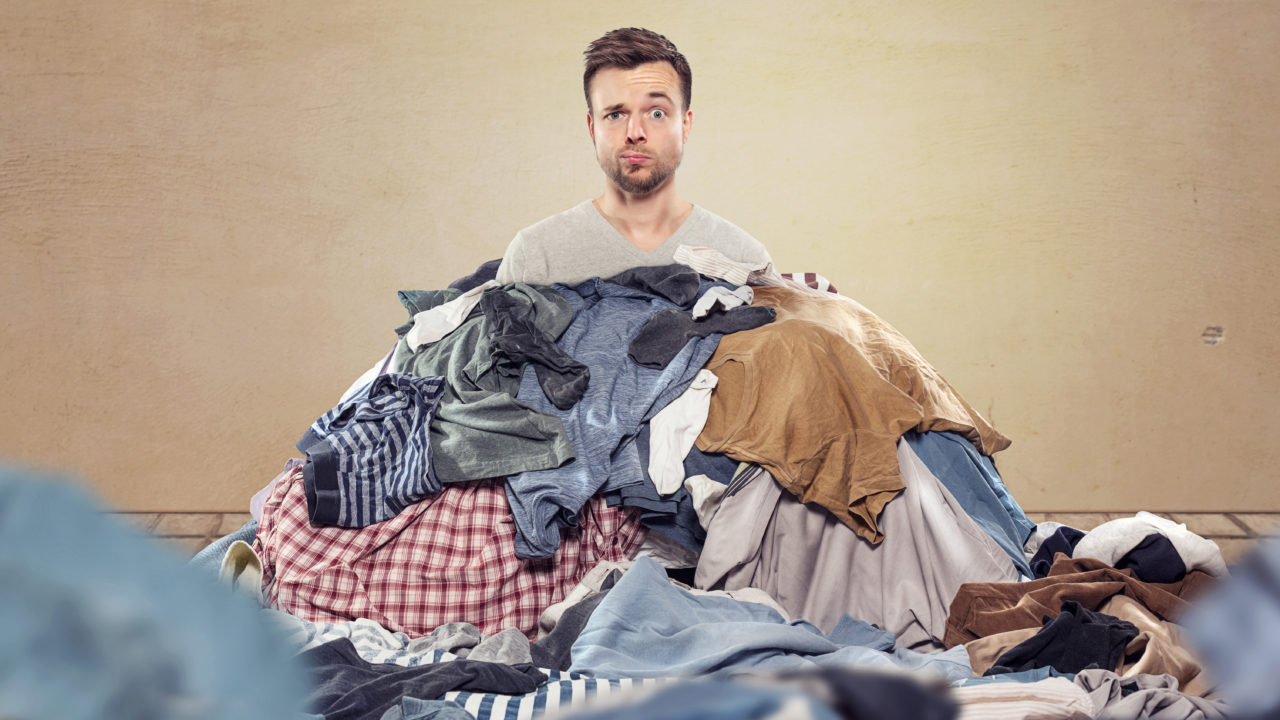 This first appeared in Frank’s blog on May 21, 2017 as “Travel Trailer.” It is republished here with the author’s permission.

“A bachelor’s life is no life for a single man.” – Samuel Goldwyn

Karin and I spent five nights with Hans in his travel trailer. It was old and rundown. It was small and cramped. However, it was his. Hans had been couch-surfing for almost one and a half years (ever since the house fire), and now he finally had a place that he could call home. Yeah, he was renting this thing, and it wasn’t in a prime location, but Hans wasn’t homeless anymore.

Hans gave us his bedroom, and he slept on the couch in the kitchen/living room/everything else room. We asked Hans about bed linen.

“You mean one sheet.”

“Yeah, well, I was going to go to Walmart, but I didn’t have time to do that, you know, with work and all.”

“That’s okay. Do you have any bath towels, if we want to take a shower?”

It became obvious that Hans was lacking certain basic, household items. We decided to go to Walmart after Mass on Sunday and pick up a few things. We got Hans sheets, pillowcases, and a comforter. We bought towels, a rug for his tiny bathroom, knives (Hans had forks and spoons, but no knives). We got a small plastic trash container. A broom. A lighter for his stove. A coffee maker. I don’t remember what else we picked up. We didn’t buy anything extravagant; just the sort of things that a single guy really should have available.

Hans gave us a short tour of his home. He had a small table with benches around it. Hans told us, “Don’t move that cap there on the bench by the door.”

Hans lifted the cap and there was “The Judge” underneath it. The Judge is a five-shot revolver that takes .410 bore shot shells or a .45 Colt cartridge. I knew it was loaded. The Judge will probably put a hole through a cinder block.

Hans looked at me, and said, “You don’t know who might be knockin’ on this door. We got some druggies around here.” Hans had a dresser next to the door of the trailer. In one of the drawers, he had his 1911 .45 semi-automatic.

“Is that one loaded too?’

Hans squinted at me through his glasses, and said, “I don’t want to take a chance of wasting time trying to reload the Judge.”

You can never be too careful.

We also realized that Hans had no clean clothes. None. Nada. He had been working mega-hours at the concrete company, and he had completely run through every piece of clothing that he owned. Karin and I asked him if we should take his stuff to a laundromat on Monday morning.

Hans said, “You don’t need to do that. It’s just that it’s been hard for me to get clothes washed, with the hours I’ve been working, and I only got the Harley running right now.”

“It’s okay. We have to wash our clothes too. We’ve been on the road for a while. It would be no big deal for us to take your things along with us.”

Hans had a drawer full of loose change. Hans believes in cash. He just throws extra quarters, dimes, and nickels into the drawer. The quarters came in handy for the laundromat.

We packed up baskets and bags of Hans’ clothes into the back of the Corolla early on Monday morning. We drove him to work. It was a bad morning to be on a Harley. The rain poured down. I could barely see the road. It was a Noah’s Ark kind of rain; just nasty, and windy as hell. Hans figured that they wouldn’t be going out on a job with the weather being so bad and that he would probably only be doing vehicle maintenance that morning. So we told him that we would pick him up whenever he was done with his shift.

Karin and I went to the Village Coffee Shop for breakfast, and then we found a laundry on Texas Avenue. We dragged in all of the clothes, and a nice Latina showed us how to use the machines. We filled up three of the big, heavy-duty, industrial-sized washers with Hans’ things.

First, we had to dig through all of his pockets. He had lighters, cigarette butts, and fifty bucks in cash in his pockets. We didn’t find all of the cash before washing. Some of his money was a lot cleaner, and a little damp, by the time we were finished. We stayed at the laundromat all morning. We used two monster dryers; the kind that would fit a queen-size mattress inside of them.

Several hours and many quarters later, we got a text from Hans, and we drove to the concrete company to pick him up. We parked out front of the shop. A big, heavy-set guy walked up to our car. He had a wide smile and he introduced himself as Jeromy.

“Y’all Hans’ folks?” he grinned as he spoke.

“We’re happy to meet you too.”

Jeromy hollered back toward the shop, “Oh Haaaaaans! You’re Mommy and Daddy are here to pick you up! They’re here waiting on their little boy! They don’t want you getting wet in the rain!”

I could faintly hear an indistinct, but obscene, response from the back of the shop. Jeromy laughed loudly. He asked, “Did y’all do Hans’ laundry for him? Hans said that he only had one load of clothes. Is that true?”

I replied, “Well, if one load means that all his shit fit into the car, yeah, then he only had one load of clothes.” Jeromy roared with laughter. About that time Hans walked up to the car.

Jeromy looked at Hans and said, “You stay dry now. I don’t want you catching a cold.”

Hans smiled and gave Jeromy that “fuck you” look.