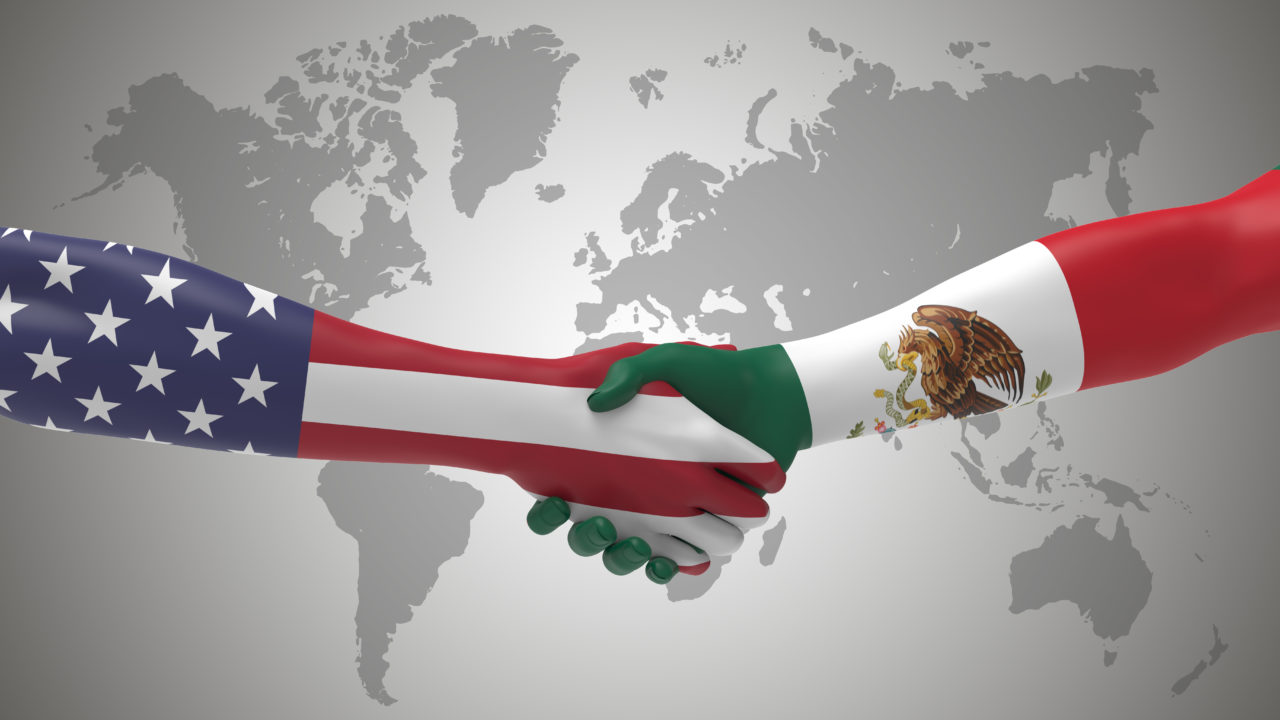 This first appeared in Frank’s blog on October 30, 2019, as “Bill, Betty, and Peter.” It is republished here with the author’s permission.

Anapra has some surprises.

A quick tour of Anapra (a poor neighborhood in Juarez) can be instructive. The signs of grinding poverty are obvious. The steel grills on the windows and the razor wire on top of fences indicate that there is crime in the area. People struggle to survive in Anapra. There are rumors of violence, although I didn’t witness any. It is a place where I would not want to be alone, especially at night.

Is there anything good in Anapra? Yes. I think the people are good, most of them anyway. We met a few who were truly remarkable. I am talking about Bill, Betty, and Peter.

Father Bill is the pastor of Corpus Christi parish in Anapra. Our group joined with his congregation for Mass that morning, and then Father Bill took some time to speak with us. He took us to a church hall/community center near the church. The small building had one door with multiple locks on it. After Father Bill opened the place up, we all grabbed folding chairs and sat in a circle. Father Bill started talking.

Father Bill is a Columban priest, and he has been at Corpus Christi for quite a while. He has an interesting history, that includes a stint in the Navy during the Vietnam War. His life is one of change and conversion. He’s had a hard road.

He is a man of faith who is also brutally realistic. He spoke to us about the poverty in the area. He talked about the factories that have been set up by American corporations to take advantage of the cheap labor. Some of the maquiladoras only pay the workers $2.00 a day. It is pure exploitation. Father Bill made it abundantly clear that we, as Americans, bear a great deal of the blame for the terrible conditions in Mexico. It’s hard to listen to a prophetic voice, and Father Bill has one.

The problem with listening to Father Bill describe the desperation of the people in Anapra is that there seems to be no solution, at least not on an individual level. I finally asked him, “Okay, so what do I do. When I walk out of this door when I go back home to Wisconsin, what am I supposed to do?”

Father Bill didn’t have any specific suggestions, but then how could he? I have to find my own path. So does everyone else.

Later, we drove to Casa Tabor. It’s a Catholic Worker house in Juarez. Betty and Peter live there.

Father Peter and Sister Betty invited us into their home. It’s a shack. The ceiling is low with the wooden beams exposed. There is a tiny cooking area that connects to a living room of sorts. Both Betty and Peter have bedrooms. Father Peter shares his bedroom with Brother David, who is a chaplain for the El Paso detention center. Sister Betty’s room also doubles as a guest room. They have indigenous artwork in their living room, along with a crucifix on the wall. The house is simple, clean, and welcoming.

We all sat in a tight circle. Father Peter had a notepad on his knee. He wanted each of us to tell our story. So, we did. Father Peter took notes as we spoke. Peter is a bit deaf, so sometimes we had to repeat ourselves. I mentioned to him that I had once been an Army helicopter pilot. He found that to be interesting, and he wrote it down on his pad.

Sister Betty smiled at us, pointed at Father Peter, and asked, “How old do you think he is?”

That dumbfounded me. I would never have thought the man was that old. I don’t expect to look that good at the age of ninety-six. Actually, I expect to look quite dead.

Betty is a Sister of Mercy, and Peter is a Carmelite. They worked together in Peru back in the 1960s. They started Tabor House in Washington, D.C., in 1973. They moved to Juarez in 1995. They have held workshops for women since 1996. From 2007 to 2012 there was intense gang violence in Juarez. In their area, four people were killed each day. Betty and Peter have been busy. They serve their neighbors. They build community.

Sister Betty has a shrine behind their small home. The shrine is a memorial to the people in Juarez who have been murdered over the years. Some of them were journalists, some were lawyers, some were just ordinary folks. She has the names written on a wall, hundreds and hundreds of them. Each of us picked up a piece of paper with a name written on it. We were each supposed to write the name on the wall, and then pray for this victim of violence. It is a ritual that Sister Betty uses to remember the dead.

Before we left, Father Peter spoke to me. He put his hand on my shoulder.
“So, you flew helicopters in the Army?”

“Yeah.” I felt uncomfortable talking to him about it because he was so obviously a man of peace.

I smiled sheepishly. “Mostly, it was fun. Once in a while, it was scary as hell.”

Father Peter smiled back at me, “I was a fighter pilot in World War II. During the war, they told us to fly wild. Then after that, they started to have all these rules. That’s when I got out.”